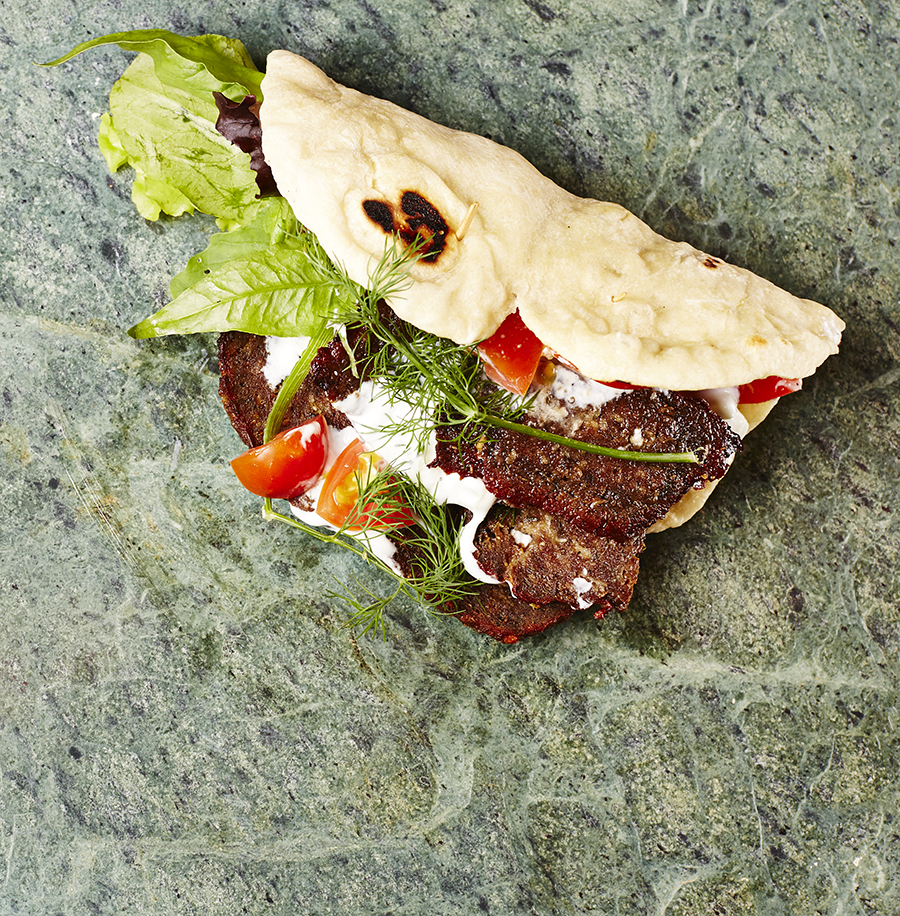 Karen White became a fixture at the Whitley County Farmers Market a few years ago. An enthusiastic and self-taught cook, White, who lives in Corbin, ended up a farmers market vendor when her son, Dakota, became an entrepreneur, selling his home-crafted chicken feeders at the market. Because she was there anyway, White decided to sell mint lemonade.

When the market’s original cook left to open a restaurant, White says, “I started grilling hamburgers.  But I didn’t want to do just sandwiches and burgers.” She wanted to do something a little different. A burger might start with locally grown ground beef, but then White always adds something—a fried green tomato, remoulade sauce, local cheese from Wildcat Mountain.

Sandwich fare could be Cuban sandwiches made with local citrus-marinated pork that’s been slow-roasted, layered with Swiss cheese and slathered with banana pepper mustard made by Pete Lambdin of Lily. Not long ago, White mixed local lamb and beef to make a homemade version of gyros, which is traditionally cooked on rotisserie and shaved in thin slices.

The Whitley County Farmers Market where White cooks is in Nibroc Park in Corbin on Tuesdays from 5-8 p.m.