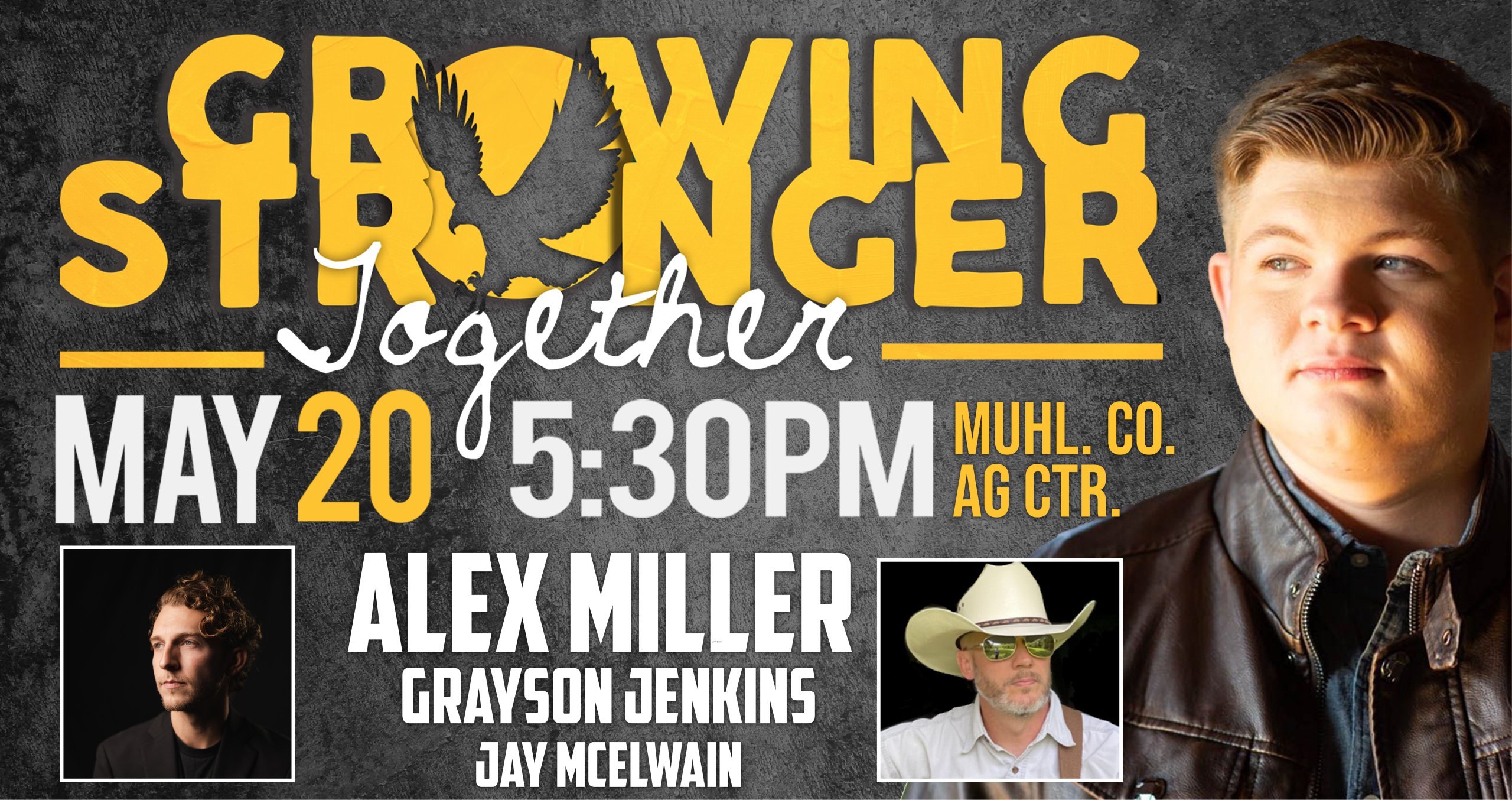 The Growing Stronger Together Concert event is set for Friday, May 20th, 2022 at the Muhlenberg County Agriculture and Convention Center. The event starts at 5:30 pm and gates open at 4:00 pm and admission is FREE! There will be some bleacher seating available but attendees are encouraged to bring their lawn chairs.

The idea for the event was hatched out of a desire to honor and gather the community of Bremen and all those that have been affected and touched by the tragic December tornado. It will be a celebration of how the community and the countless volunteers and friends that met and came together like never before to provide support to each other.

The event will feature:

Jay McElwain – Jay is a Muhlenberg County Agriculture teacher and FFA advisor in addition to his singing and songwriting. He’s gained regional recognition for his song writing and is well known in the area. He can be found at many local events and venues and even penned a special song following the tornado. Through his teaching career and experience as an FFA advisor he has had the distinct honor of being a teacher to Grayson and interacting with Alex through FFA. Check out Jay’s music on Facebook at Jay McElwain Songwriting

Grayson Jenkins – Grayson is from Greenville and upon graduation he continued his education at the University of Kentucky. He plays a variety of music and is also a talented songwriter and has released two albums to date. Check Grayson out at GraysonJenkins.com.

Headliner – Alex Miller: Event headliner Alex Miller is a Kentucky native from Lancaster and up and coming country music artist. Alex gained national attention as a contestant on season 19 of American Idol and has been making waves in country music ever since. Alex is considered a champion of traditional country music with an incredible voice and an infectious, fun personality. He’s performed at the Ryman Auditorium, multiple state fairs and opened for Hank Williams, Jr., Lee Brice and Josh Turner, just to name a few. Check him out at Alexmillercountry.com