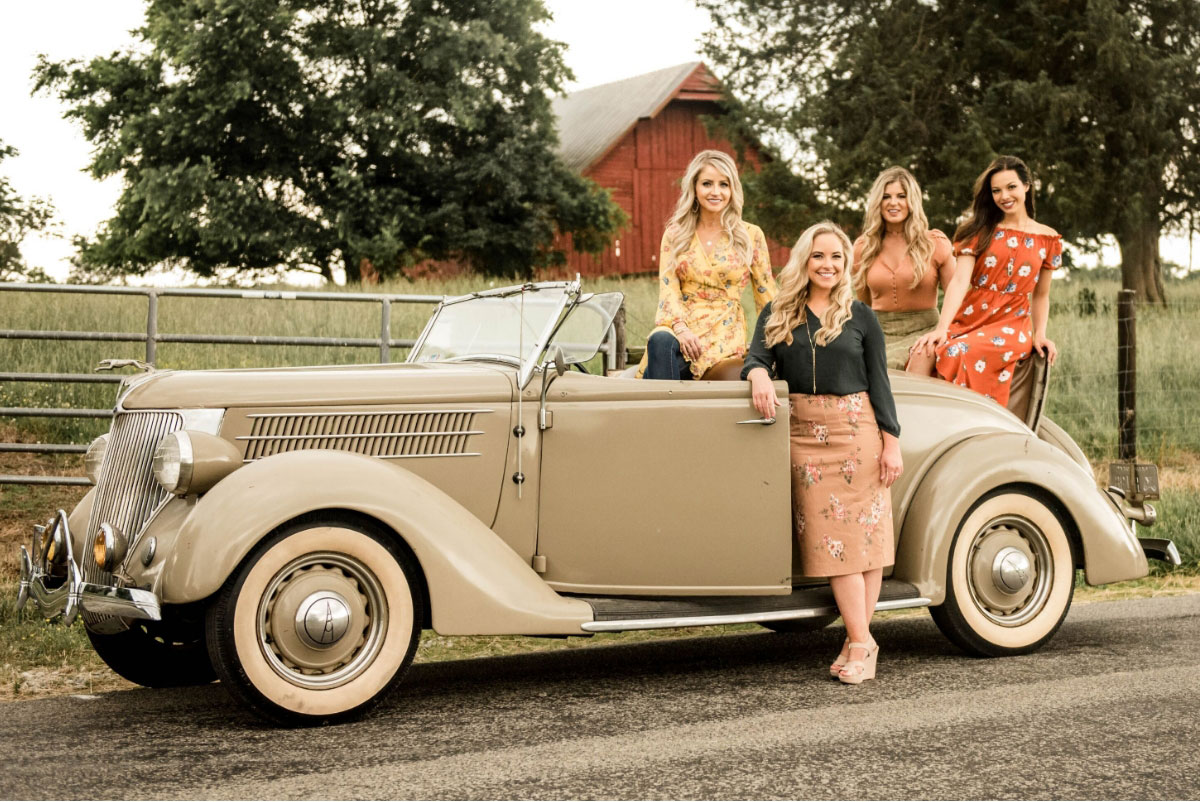 Ask Sarah Davison what her favorite Bible verse is, and she’ll immediately quote Proverbs 3:5-6: “Trust in the Lord with all your heart and lean not on your own understanding; in all your ways submit to Him, and He will make your paths straight.” It’s a scripture that has accompanied the acclaimed singer/songwriter and multi-instrumentalist through life’s highs and lows, and one she hand-copied—in a flowery cursive script—from her grandmother’s Bible. “That verse has been with me from my hometown of 180 people to Nashville, going after what I feel called to do, trusting that He’s leading me down the right road,” she reflects.

Since the group’s genesis, Sarah and bandmates Kristen Bearfield (mandolin, guitar, banjo, vocals),and Kinsey Rose (guitar, vocals) have already garnered a 2019 GRAMMY Nomination for their part in the album, “Gonna Sing, Gonna Shout”, the 2018 Singing News New Artist of the Year, the 2018 Diamond Award for Country Gospel Song of the Year, 2017 AGM Country Song of the Year, and the AGM Female Group of the Year award in 2016. They regularly perform at leading Gospel music events including the Gatlinburg Gathering, Singing In The Sun, Unspeakable Joy Women’s Events, and The National Quartet Convention.

Members have appeared on the Grand Ole Opry, Gaither Homecoming Videos, as well as played with Jimmy Fortune (Statler Brothers), Vince Gill, Bradley Walker, Chris Young, Mark Wills, and Emily Ann Roberts from The Voice. In 2018, they played on the Grand Ole Opry stage in Nashville, and had their first two number 1 singles on Southern Gospel Radio. In 2019, they signed with Daywind Records and joined their artist roster, completing their newest self titled, album, High Road.

Whether through story or song, the women of HighRoad are pressing on towards all God has called them to become. They are trusting He will make their paths straight as they submit to Him, and no matter what lies ahead, they’ll be going wherever the high road leads.