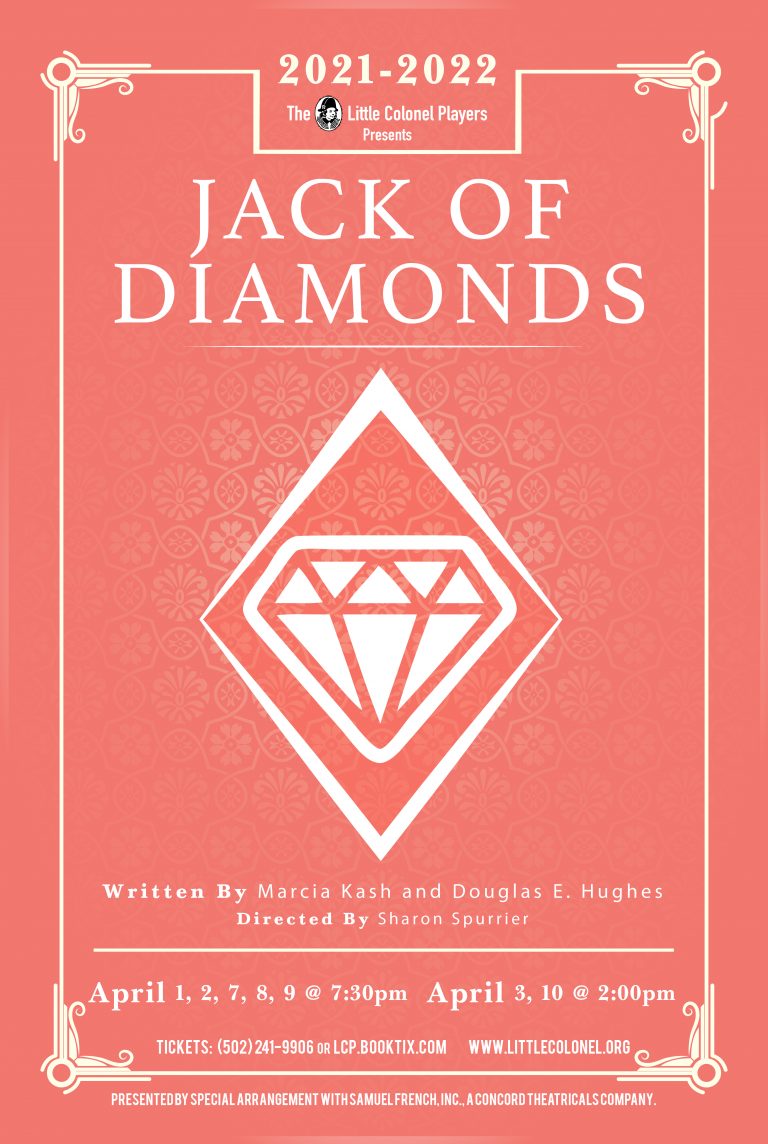 A play by Marsha Kash and Douglas E. Hughes
Directed by Sharon Spurrier
Jack is a former jeweler who made his living buying and selling diamonds via late-night TV ads. He lives in a rather luxurious, privately-owned retirement home along with his fellow residents: the visually challenged techno-wizard Rose, the artistically gifted but forgetful Flora, and the narcoleptic beauty Blanche. Unbeknownst to the four of them, however, the man to whom they’ve entrusted their life savings – a smooth-talking financial advisor named Barney Effward – has been arrested for bilking his clients out of their savings through a Ponzi scheme. Faced with financial ruin, the four suddenly find themselves confronting the author of their miserable fate when Effward is unexpectedly delivered among them – along with several million dollars in diamonds. Pandemonium ensues as the four retirees try to find a way to exact their revenge, recoup their losses, and keep the authorities from discovering their plans.
For ages 13 and up.
Adults – $19/Seniors/Students – $17
Showtimes:
April 1, 2, 7, 8, 9 at 7:30 p.m.
April 3, 10 at 2:00 p.m.
For more info: (502) 241-9906