A police stop in 1968 in Louisville led to outrage, the Louisville Rebellion in Parkland, and the arrests of five Black men and one woman—a group who would come to be known as the “Black Six.”

They were prosecuted and would stand trial on conspiracy charges related to the rebellion, a case that was eventually dismissed.

Their story is part of the Frazier’s “West of Ninth: Race, Reckoning, and Reconciliation” exhibition. But how much do you know about it, and how does that history relate to events in our community today with law enforcement, brutality, and suspicion?

We will talk with some of the original members of the Black Six, as well as relatives, about what happened, how it impacted their lives forever, and lessons that can be applied today. 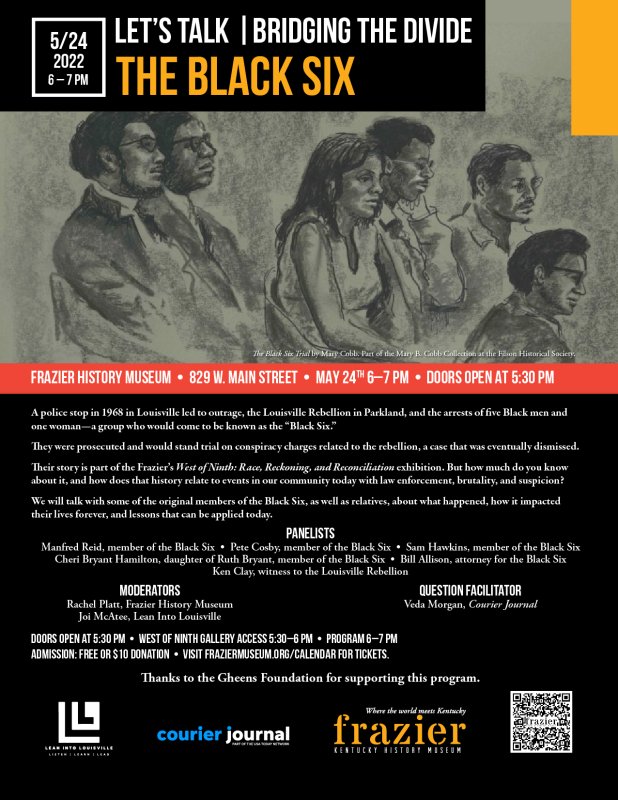