When looking for a permanent spot for a settlement along the Kentucky frontier in the 18th century, Squire Boone selected a site in present-day Shelby County. He built a fort along the banks of Clear Creek in 1779/1780, amidst the ongoing turmoil of the Revolutionary War. Many families came to Painted Stone Station during the short time it was a haven from the increasingly hostile actions of Native Americans. Eventually they were driven to evacuate on a fateful day in September 1781, walking into a massacre that cost several of them their lives. But many managed to escape and leave behind a legacy through their descendants, keeping alive a very precious part of the early history of Kentucky.

Squire Boone was just as adventurous as his older brother, Daniel Boone. Born Oct. 5, 1744 in Berks County, Pennsylvania, Squire, Jr.’s father, Squire Boone, Sr., had emigrated from Exeter, England and moved to North Carolina around 1749. At a young age, Squire learned the gun smithing trade. He married Jane Van Cleave and they had five children. Squire made several trips into Kentucky with his brother before establishing Painted Stone Station. He eventually settled and died on Aug. 5, 1815 in Harrison County, Indiana.

It is the story of these brave souls that is told through an annual living history event each September in Shelby County, Ky. Hosted by the Painted Stone Settlers, Inc., a group of living history re-enactors, this story is preserved through a dramatic re-enactment. The Long Run Massacre & Floyd’s Defeat retells the story of Painted Stone Station and the real people who lived there. Included in the Saturday, Sept. 14 event are various demonstrations of heritage skills such as spinning, weaving, fire starting, customs of the 18th century and blacksmithing. Militia life and a Native American campsite are also depicted. Visitors can experience an 18th century cannon, get a taste of militia life and engage in lively conversation with costumed interpreters and KY authors. The main re-enactment (battle between settlers and Natives) will be at 2 p.m. on Saturday. The SAR (Sons of the American Revolution) will provide a special American flag ceremony prior to the battle re-enactment.

An evening program will be held at dusk on Saturday night by Russell Morris, who will present traditional Shawnee storytelling and singing. A special time has been set aside on Sat. morning to accommodate Boy Scout Troops. Groups receive a special discounted rate and many times return on Sat. night for the evening program. A modern food vendor will be on site. Admission cost for the event is $6 per adult, $3 for ages 3-12 and free for ages 3 and under. 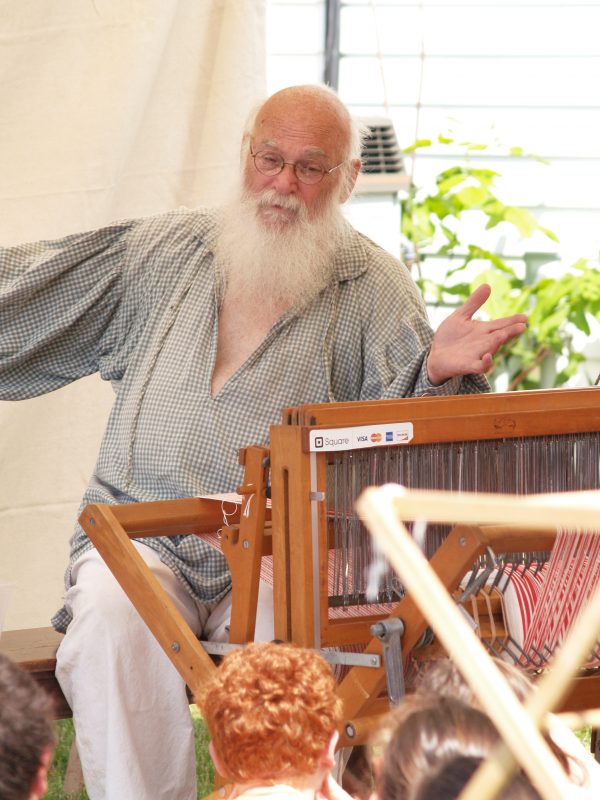