NKY History Hour: The Margaret Garner Story: The Mystery Behind the Murder 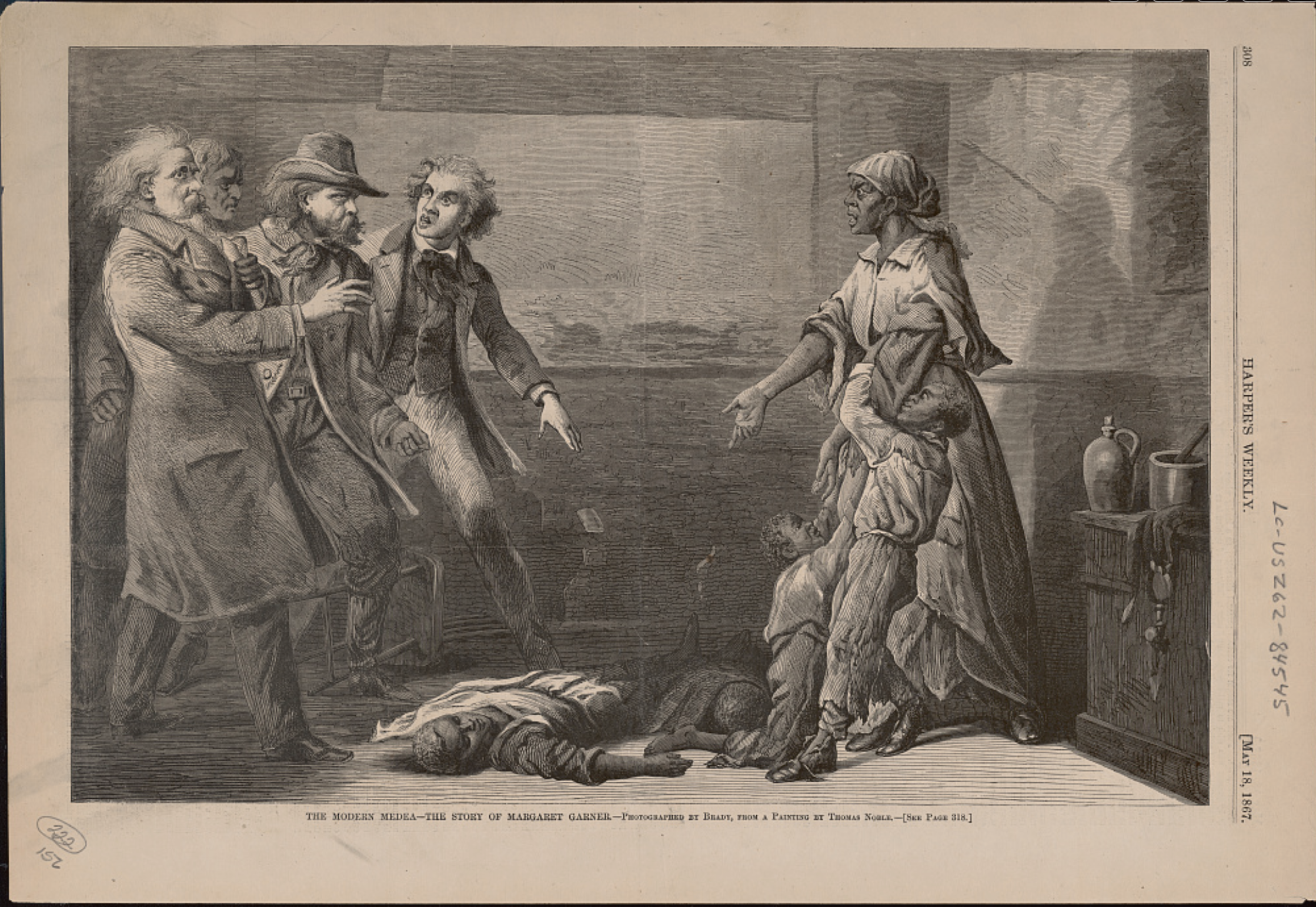 One of the most ground breaking fugitive slave trials of the pre-Civil War era was that of Margaret Garner. Born on a plantation in Boone County, KY in 1834, Garner worked as a house slave most of her life. In 1856, Garner, her husband and four children fled to Cincinnati to escape enslavement, crossing the frozen Ohio River. Garner’s sudden decision to cut her 2-year-old daughter’s throat to avoid being returned to an atrocious life of slavery, was horrific and morally complex, leaving people at that time to question, “Was slavery a fate worse than death?”

Learn the tragic story behind Garner’s capture that served as a premise for the acclaimed novel and motion picture, “Beloved,” during the next virtual NKY History Hour at 6:30 p.m., Wednesday, January 11. To register and participate in the free virtual presentation by Behringer-Crawford Museum, visit:
https://us06web.zoom.us/…/reg…/WN_a2jgosPgQZ-MyVjjVYZiFA

Information on how to connect to the Zoom session will be sent after registration. The event will also be streamed live on BCM’s Facebook page.

Kareem (K.A.) Antonio Simpson is an author whose works have been published and exhibited across the USA and throughout the Greater Cincinnati/Northern Kentucky region. He is author of Bro’Kin RIVER (2021), an original 60-minute stage play, based on the true story of Margaret Garner and Chronicles of a Boy Misunderstood (2013).

Simpson’s work has been placed in timeless collections like the Northern Kentucky Encyclopedia and has been exhibited at Railvolution’s 2012 National Conference in Los Angeles and Kentucky Association of Blacks in Higher Education 2006 Annual Conference. More recently, Simpson’s work can be found in local Greater Cincinnati online publications like SoapBox Cincinnati, NKY Thrives and the River City News.

Simpson is also the founder and chief imagination officer of SparkLight Creative Group, a small personal and professional development agency that inspires artists and creative entrepreneurs to build better businesses.

NKY History Hours take place every other Wednesday evening and are currently free to the public but may become a BCM members-only benefit in the future. To support NKY History Hour and access many other entertaining and thought-provoking programs for free, join BCM today: http://bcmuseum.org/support-us/join/become-a-member.