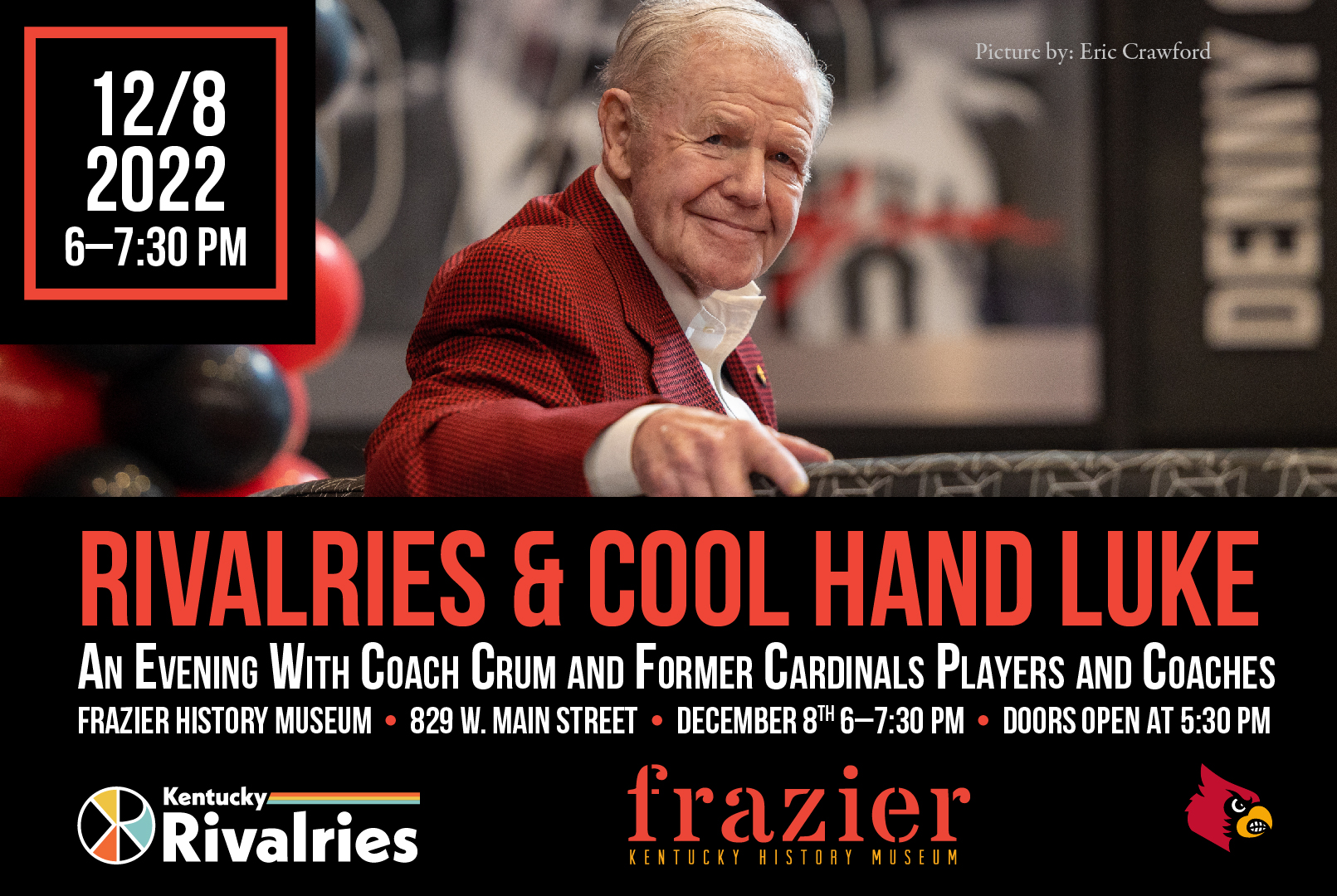 As part of our new exhibition Kentucky Rivalries, we’re gathering a who’s who of former University of Louisville basketball players Denny Crum coached during his thirty-year career at the school.

It will be a night of celebration with members from both the 1980 and 1986 NCAA Championship teams along with several other former U of L players and coaches. It’s going to be a special night of great stories highlighting numerous rivalry games and moments in U of L basketball history, never to be forgotten.

Join us for this special night as Coach Crum takes center court with his players once again.

Light hors d’oeuvres will be served, and a cash bar will be available.

This program is brought to you by University of Louisville Athletics.