The Great Flood of 1937 Panel Discussion

Kentuckiana is used to flooding, but nothing like The Great Flood of 1937 when nearly the entire city of Louisville was underwater, with 70 percent of its residents evacuated.
As part of “Afloat: An Ohio River Way of Life” and The Art of Drifting: The Watercolors of Harlan Hubbard on view now at the Frazier, we revisit one of the city’s greatest natural disasters. Join us as University of Louisville Professor Sarah Strickley reads from her novel in progress Great, based on family narratives tracing a young girl in the aftermath of that historical flood. Strickley will be joined by University of Louisville Archivist and Historian Tom Owen, as well as Chuck Parrish who worked with the U.S. Army Corps of Engineers for 30 years. We’ll look at then and now, and lessons learned by the city and its people.

Included with the price of admission to the Frazier Museum / Free for members
Please note that admission will be paid at the door. 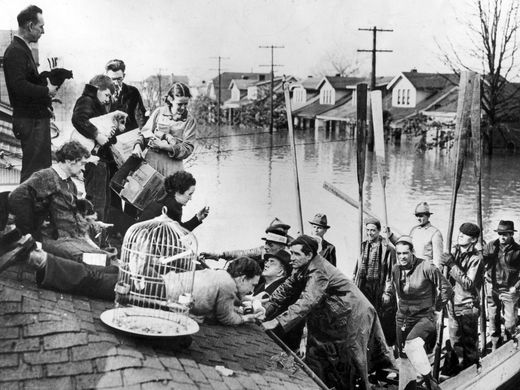