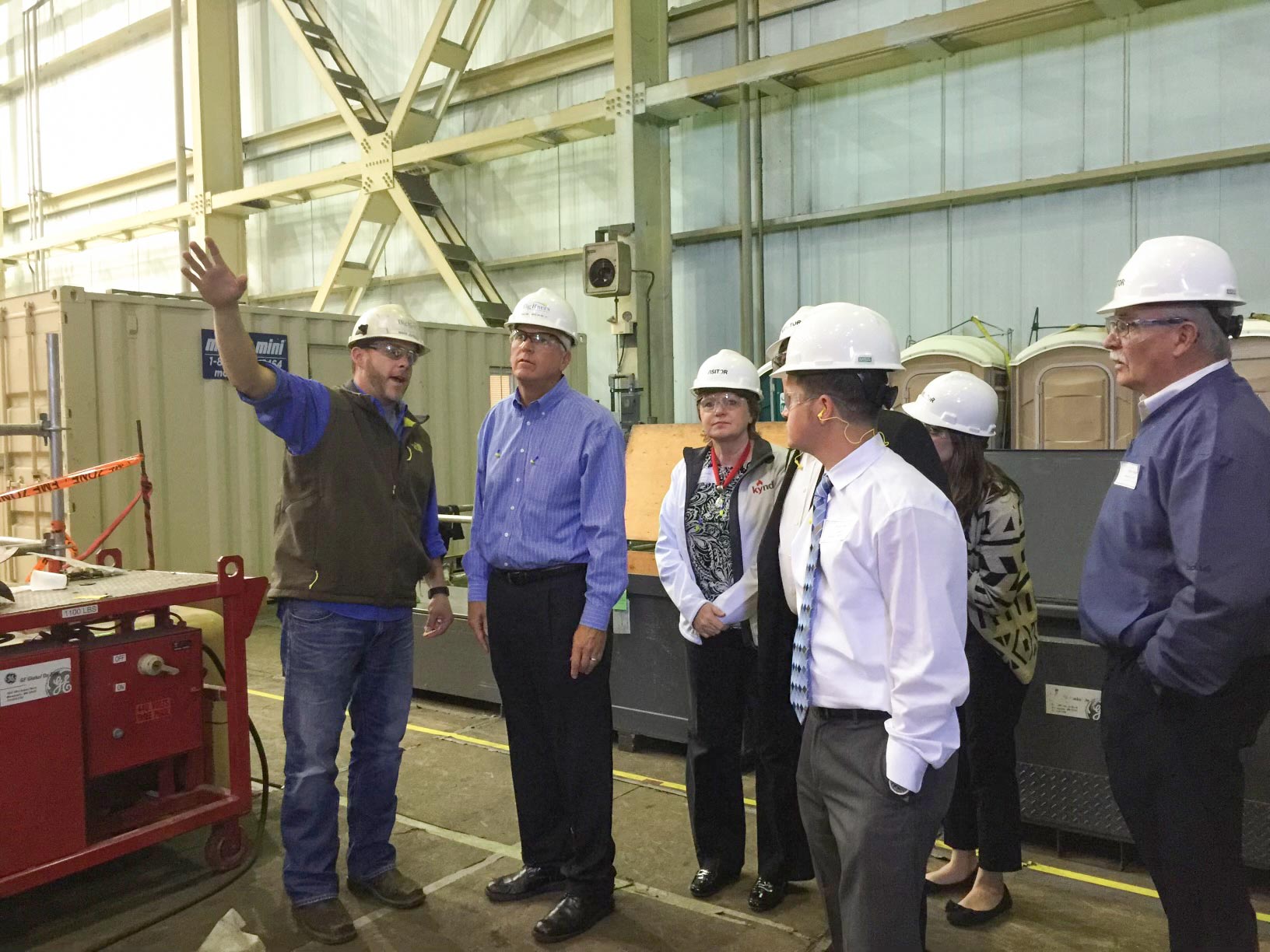 “Most of our employees work here for a long time,” says Bob Berry, president and CEO of Big Rivers Electric Corporation, a member-owned, not-for-profit, generation and transmission cooperative headquartered in Henderson. “The average employee has worked here 25 years.”

Bob is a perfect example of that. He has worked at Big Rivers for 41 years, starting as a custodian and working his way up to the highest position in the cooperative.

“I began in January of 1981,” he recalls. “I then held positions as a mechanic, tube welder, maintenance supervisor and maintenance manager.”

In 1998, LG&E leased Big Rivers’ power plants, and he worked for LG&E as production manager and plant manager. In 2009, Big Rivers resumed operation of their power plants, and Bob became vice president of production, a job he held until he was promoted to chief operating officer, in charge of everything except human resources, accounting and information technology. In July 2014, he became president and CEO, responsible for the entire organization.

“I am in a unique position to have worked at an electric cooperative as well as at an investor-owned utility (IOU) when I was at LG&E,” he says. “The business model for a cooperative is so unique. Our stakeholders are the end user of our product, and every decision we make is made in the best interest of them, our owners. An IOU is designed more for investors.

“We are also unique in that everyone is trying to help each other. In every job at Big Rivers, you are involved in every aspect of the operation,” says Bob. “There are no jobs where you do the same thing over and over again like you do in a factory. You learn something new every day. That makes each job so rewarding.”

For those reasons and the competitive pay and benefits Big Rivers offers, Bob says the cooperative does not face the situation most employers do today—constantly trying to fill positions. “We need line workers and electrical engineers,” he says, “but so does everyone else.

“Co-ops provide careers, not just jobs.” And with 41 years of experience and a solid history of jobs within Big Rivers, Bob knows about that.