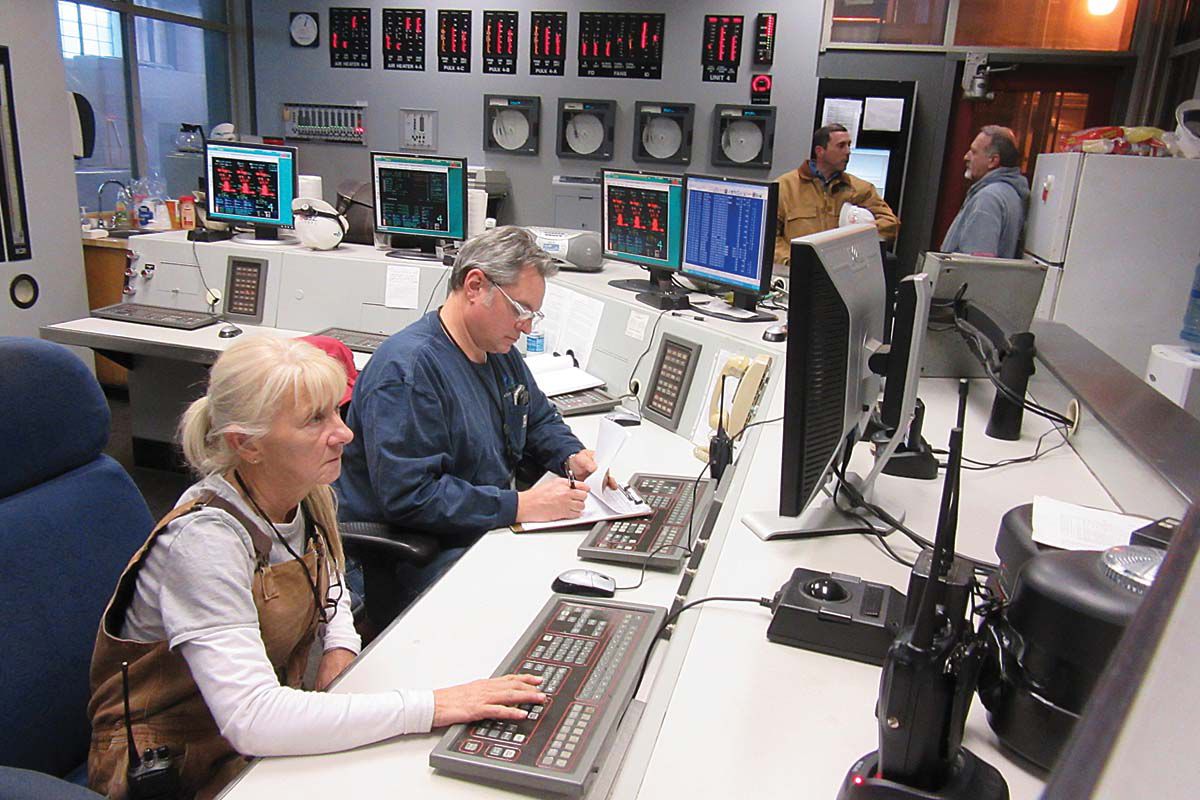 During this past winter's extreme snowfall and sub-zero temperatures, Vicki Raney and Martin Kirk monitor the flow of electricity from two coal-based generators at East Kentucky Power Cooperative's Dale Station in Clark County. Originally scheduled to be shut down because it was too expensive to modify them to meet new environmental rules, the regional transmission organization requested that the units be left online for another year in order to balance reliable power resources during extreme weather. Photo: East Kentucky Power Cooperative

How a pioneering power plant tells the modern story of coal-fired power, and the environment

The story of a coal-based power plant in Clark County offers good insights into why coal still has an important role to play in keeping electric service reliable.

One year ago, electric utilities throughout the United States took a long, hard look at their coal-based power plants. Thinking ahead about a new federal environmental rule, known as Mercury and Air Toxics Standards, that would go into effect April 2015, they had to make some tough calculations. When they figured out how much money they’d have to spend to modify these power plants to meet these new regulations, they discovered that for many of the oldest coal-based power plants there simply is no cost-effective way to meet the new standards.

A cold, hard winter
East Kentucky Power Cooperative, which generates and transmits electricity to more than half a million homes, farms, businesses, and industries in 87 counties, had already spent more than a billion dollars on construction and retro-fitting at its newer coal-based power plants, Spurlock Station in Maysville and Cooper Station in Burnside, with scrubbers and other emission-control equipment in recent years. These power plants will meet the new Mercury and Air Toxics Standards.

Last year Unit One and Unit Two (capable of producing 25 megawatts of electricity each) were shut down permanently. They no longer supply any power to the grid. However, East Kentucky Power Co-op planned to operate the larger generators at Unit Three and Unit Four (75 megawatts each) for one more year, then after this past winter shut them down for indefinite storage in April 2015.

The coal-based Units Three and Four at Dale Station did produce much-needed electricity for about two weeks in February. This electricity from coal helped meet the spike in demand for power caused by extreme sub-zero weather and large snowfalls.

In the meantime, throughout the upper south, eastern, and northeastern United States, other bulk power producers throughout the region were also operating every available generator—including coal power plants that seemed likely to be removed from service next year—to keep electricity flowing steadily into the grid as demand spiked several times with each new weather event.

Rethinking power plant closings
While snow fell and temperatures dropped, power grid officials were studying different sets of numbers. It takes a lot of power sources to provide steady electricity for everyone living and working in the power grid region known as the PJM Interconnection. PJM helps supervise the flow of electricity from power producers serving 61 million people in 13 states and the Washington, D.C., area. Extra resources must always be ready on standby, too. During any season of the year, a few power plants are out of service due to equipment failures or scheduled maintenance. Repairs are made and they begin producing electricity again.

But when PJM officials took a detailed look at the impact that permanently closing all Dale Station units and many other power plants would have on the supply of electricity during extreme weather, they noticed a troubling trend. The list of coal-based power plants that will stop producing electricity since the Mercury Air Toxics Standards rule went into effect last month keeps getting longer and longer.

However, the list of replacement power sources, mostly natural gas generators, is not growing fast enough to make it an even swap. It’s not even close. The coal plants being taken out of service this year were able to produce almost 12,000 megawatts of electricity—but new power plants starting up will produce less than 4,000 megawatts. That’s a huge gap.

Thinking ahead to next winter, PJM managers want to keep some coal-based power plants running beyond their scheduled closures to ensure a steady supply of electricity in 2016. As a result of their analysis, PJM asked utilities who’d already announced their coal plant closings, do you have any that could still be available to provide electricity during times of peak demand?

East Kentucky Power Co-op is among those who answered “yes.” East Kentucky Power Co-op has obtained regulatory approval to prepare Units Three and Four at Dale Station to continue to operate if they are needed to keep the supply of electricity reliable next winter. This one-year extension of their combined output of 150 megawatts of electricity generated from coal may make a vital difference for electricity consumers by keeping their lights on and heating systems running.

Due to the extremely high costs of modifying its oldest coal-based power plant to meet the newest environmental regulations, Dale Station’s generators are being taken out of service. Units One and Two stopped producing electricity in 2014. Units Three and Four will be shut down in April 2016. 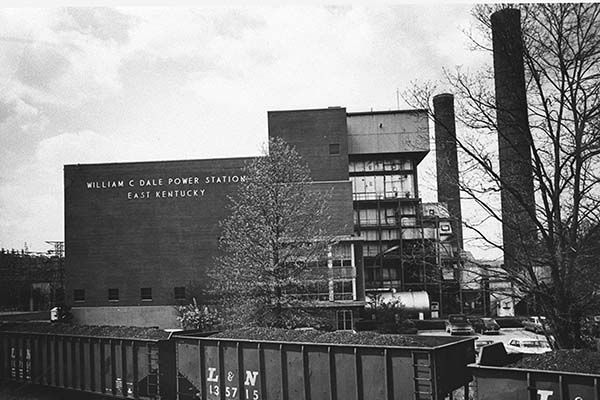 “Dale Station was East Kentucky Power Cooperative’s first power plant,” says Tony Campbell, East Kentucky Power Co-op president and CEO. “This plant has been a reliable workhorse, generating the electricity that powered many thousands of Kentucky homes and businesses over the past 60 years. It provided light and heat to many families. And it has been an engine of economic development, providing reliable, affordable power throughout central and eastern Kentucky. We owe a debt of gratitude to the many dedicated employees who kept Dale Station running all those years, as well as the local community, which has been so supportive.”

Nancy Grant from May 2015 Issue