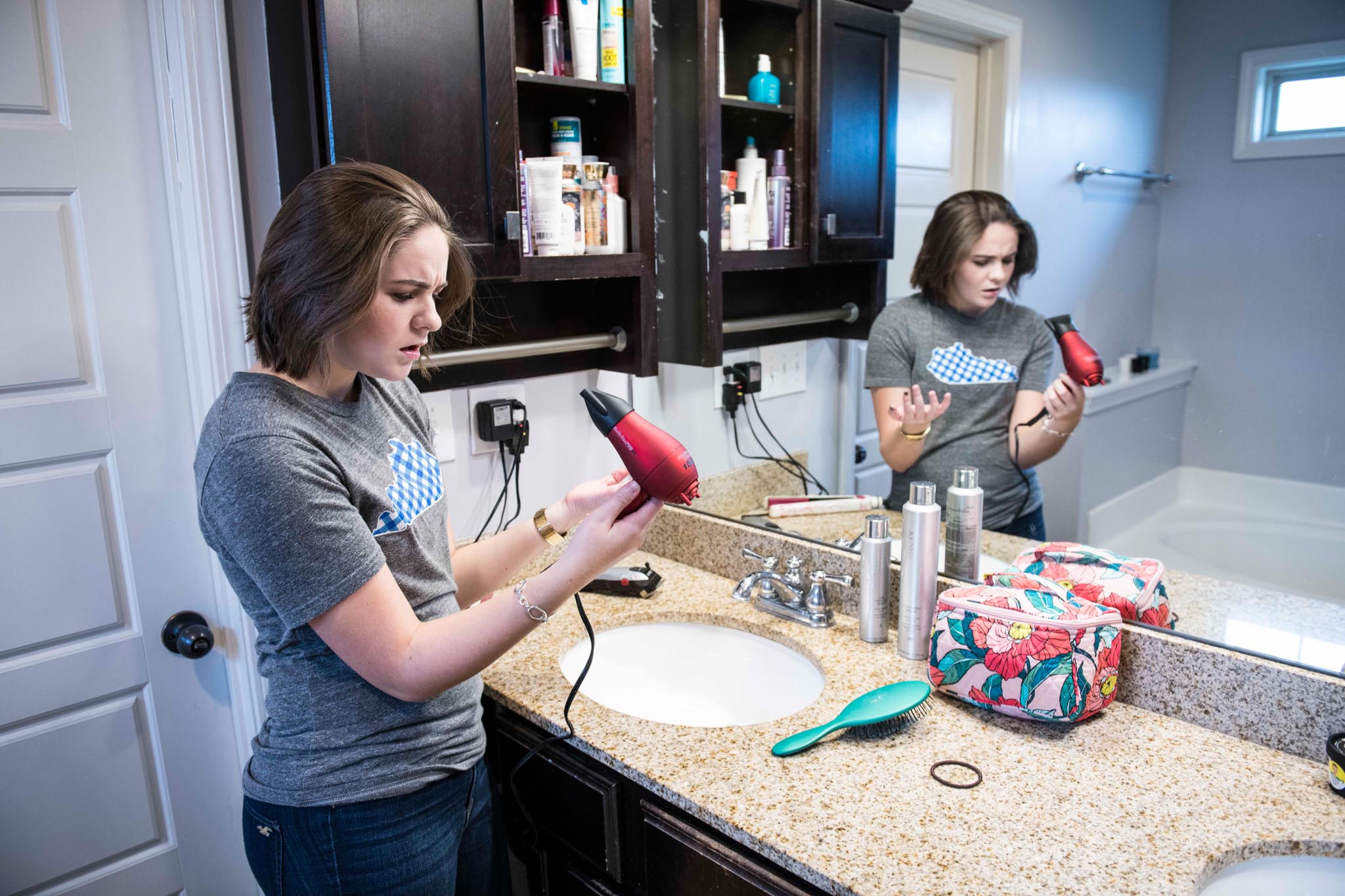 Teach teenagers, and children of all ages, safety tips for using electrical appliances around water. Make sure all family members know how to turn off the power at the main breaker. Photo: Tim Webb

MOST TEENAGERS would never consider the morning before school life-threatening. But amid the occasional forgotten-homework drama and the routine rush, some teens truly are living dangerously. They could be risking their safety or the safety of their family without realizing it.

Electricity and water make for an especially lethal combination, with unsafe practices resulting in electric shock, fire or even death by electrocution. Bathrooms and kitchens can be high-risk zones, particularly for a teen in a hurry to get to school.

One major bathroom hazard is using hair dryers, straighteners or curling irons while standing on the wet bathroom floor. Teens also should be taught to not leave those appliances switched on and unattended and to unplug them after use—without yanking the cord.

Warn them not to jump out of the shower while wet to check text messages on their cell phone while it’s still plugged in and charging. The often-repeated lesson: Never reach for an appliance that is still plugged in and has fallen into a wet sink or tub. If teens are dry, they should first pull the plug or turn off the power at the main breaker. Of course, this means parents need to show them the basics of how to turn off the power to the entire house at the main breaker or fuse box in case of an emergency.

In the kitchen at breakfast, remind them to not put a kitchen knife into a plugged-in toaster to dislodge a stuck bagel or English muffin. Outlets in the kitchen and bathroom should be protected by ground-fault circuit interrupters to protect against serious injury and burns.

Outdoors, teenagers should know to never touch lights or electrical gadgets plugged in while they are swimming, wet or standing on wet pavement or grass. Battery-powered devices are best for around water.

Young drivers should understand the dangers of fallen power lines. If they ever leave the road and strike a utility pole, they should stay in the car until an emergency professional or electrical lineworker lets them know it’s safe to get out. Fallen power lines can still be fully energized and kill anyone who touches them or whatever the power lines might be touching.

When babysitting, teens should get to the home early enough so the parents have time to show where flashlights and fire extinguishers are located. Tell your teen to make sure the parents also show them how to turn off the power to the entire house at the main breaker or fuse box in case of an emergency.