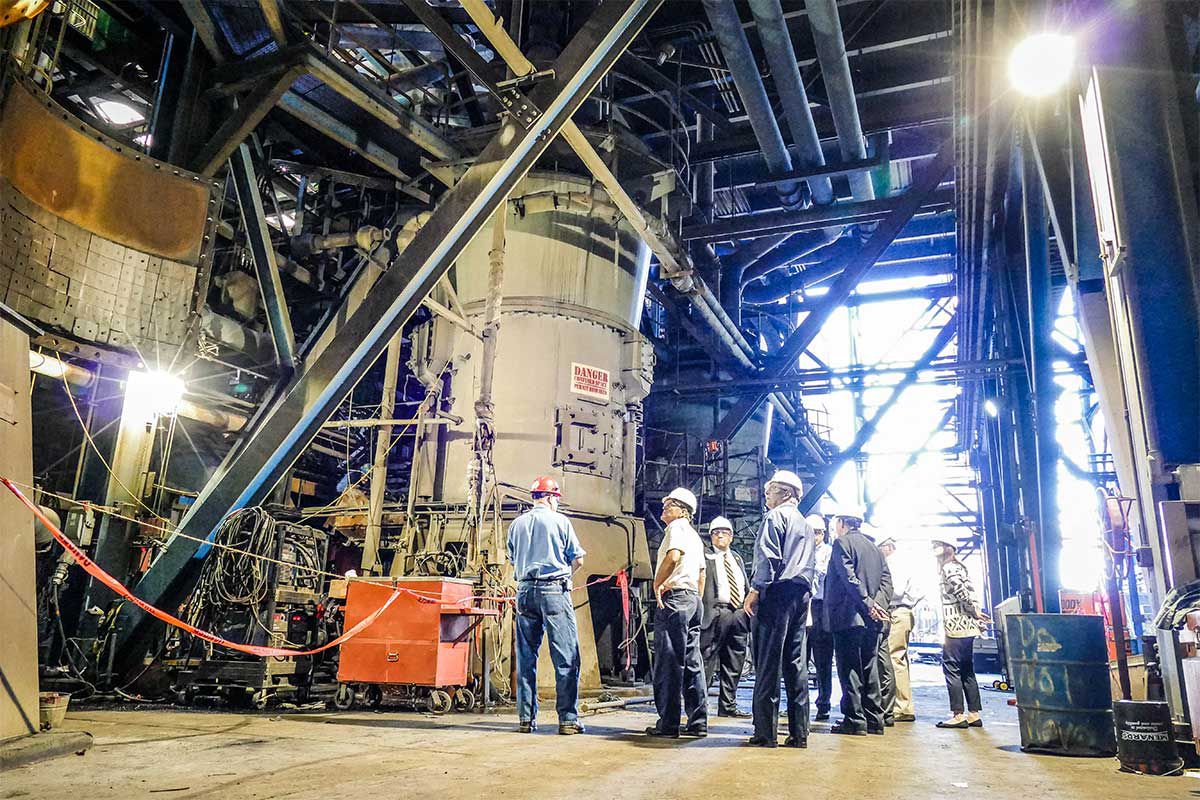 As you read this today, please put aside your personal beliefs about the climate of our planet, and also put aside your political likes and dislikes. Why? Because regardless of whether you approve or disapprove of what’s going on in Washington, D.C., or in Frankfort or even your own county, the newest federal regulations for the electric utility sector will have far-reaching effects for everybody.

The Environmental Protection Agency’s final version of regulations known as the Clean Power Plan (CPP) aims to dramatically reduce greenhouse gas emissions from the electric utility sector by the year 2030.

“The new regulations are forcing immediate decisions at power plants throughout the U.S. and will continue to affect decisions during the next 15 years. Those decisions will determine whether the lights come on and stay on—and will affect the price you pay for the electricity you use every month.”

Five major problems
The Clean Power Plan requires a rapid shift away from coal toward using more natural gas at conventional power plants, and with a greater emphasis on using renewables such as wind and sunshine. It encourages generating electricity at nuclear power plants (not an option under Kentucky’s current laws) and tighter energy-efficiency standards to reduce electricity usage.

Throughout the U.S. many within the electric utility industry, plus government officials in two dozen states, as well as regional and national trade associations, have identified five major problems with the new regulations.

These five problem areas are not separate, however. Each one is tied to the other in interlocking ways. The existing power grid infrastructure that delivers safe, reliable, affordable electricity is at the heart of the American economy. Changing just one thing about the present system has far-reaching consequences. Changing a lot of things at once gets extremely complicated and expensive.

Plus a tangle of legal questions
But there’s another issue on top of the practical details. It may not be entirely legal for a federal government bureaucracy to step into the management of the power grid by using the 1970 Clean Air Act in such an unprecedented way.

When the final rule was published on October 23 in the Federal Register, 24 states acting together as a coalition—including Kentucky, Indiana, Ohio, Missouri, and West Virginia—filed a lawsuit in the U.S. Court of Appeals, District of Columbia Circuit, challenging the EPA’s authority to regulate greenhouse gas emissions. Two other states filed individual lawsuits.

The lawsuits ask the court to overturn the EPA’s rule and seek a “stay,” which would immediately stop its implementation while the legal challenges work their way through the courts. Additional lawsuits may be filed challenging the details of the regulations because of the vast difference between the original proposals utilities were asked to comment on last year and the final regulations announced.

Opposition within states and Congress
Further opposition and challenges to the Clean Power Plan are also proceeding within individual states and in Washington. What’s particularly messy is the overlapping timing of lawsuits and CPP deadlines. Unless the lawsuits are successful for an immediate “stay”—which would put the timetable on pause until all the cases are heard in court—it appears that states opposed to the regulations will still need to craft their implementation plans while the lawsuits are in progress.

In the meantime, Congress stepped into the battle. Using the Congressional Review Act, elected members of both the Senate and House introduced resolutions to block the EPA’s regulations.

Such resolutions only need a simple majority vote to pass, but are then subject to presidential veto, with further Congressional action to override it.

Regardless of Congressional actions, and without waiting for the first lawsuits to make their slow way through the courts, many individual states are considering the boycott option. Refusing to participate in any part of the Clean Power Plan, not submitting plans or requests, and skipping over the first set of EPA deadlines would focus attention on a different set of legal issues.

While campaigning earlier this fall, Kentucky’s now Governor-elect Matt Bevin said, “As a state, we will not comply. As governor, I will not submit that plan.”

Higher prices ahead
Coal provides roughly 40 percent of the nation’s power. But there’s a sharp contrast between the national energy picture and that in the Midwest.

In Kentucky coal generates about 90 percent of the state’s electricity. Many of Kentucky’s neighbors to the north—especially Ohio, Indiana, and Illinois—also rely heavily on coal for affordable electricity. If coal plants run shorter periods of time or are entirely shut down to meet regulations, the amount of power they formerly produced will have to come from other sources.

A short-term solution for utilities is to buy bulk power generated out-of-state, from natural gas or nuclear power plants or renewable energy.

Robert Berry, president and CEO at Big Rivers Electric Corporation, which generates and transmits electricity to three distribution co-ops serving members in 22 counties in western Kentucky, says, “We think the EPA’s Clean Power Plan could have an impact on reliability in Kentucky and throughout the region.” Transmission lines throughout the Ohio River Valley region may soon be so crowded with bulk power moving among states trying to meet the new regulations that it could be difficult to schedule additional transfers.

And buying power from other sources may be much more expensive than electricity produced using coal.

Two longer term solutions are to convert existing coal plants to natural gas or to build entirely new natural gas power plants. Power plants are expensive to build. But there are additional problems with these choices. These short- and long-term options will likely require construction of additional natural gas pipelines and high-voltage transmission lines.

All this tacks on costs, which are passed along to consumers.

Making good choices
Tony Campbell, president and CEO at East Kentucky Power Cooperative, which generates and transmits electricity to 16 electric distribution co-ops serving more than 1 million people in central and eastern Kentucky, says, “Dealing with the requirements of the EPA’s Clean Power Plan is going to be challenging for all utilities in the Midwest. The first increment of reductions in carbon dioxide emissions would begin in 2022—only six years from now—and it’s going to be very, very challenging for us to make prudent decisions in such a short time frame. As a co-op we have an obligation to make sure that we can provide power for our members and to try to keep the cost of that electricity affordable. We want to manage our response to the Clean Power Plan to maximize the reliability of our system and minimize the impact on the consumer.”