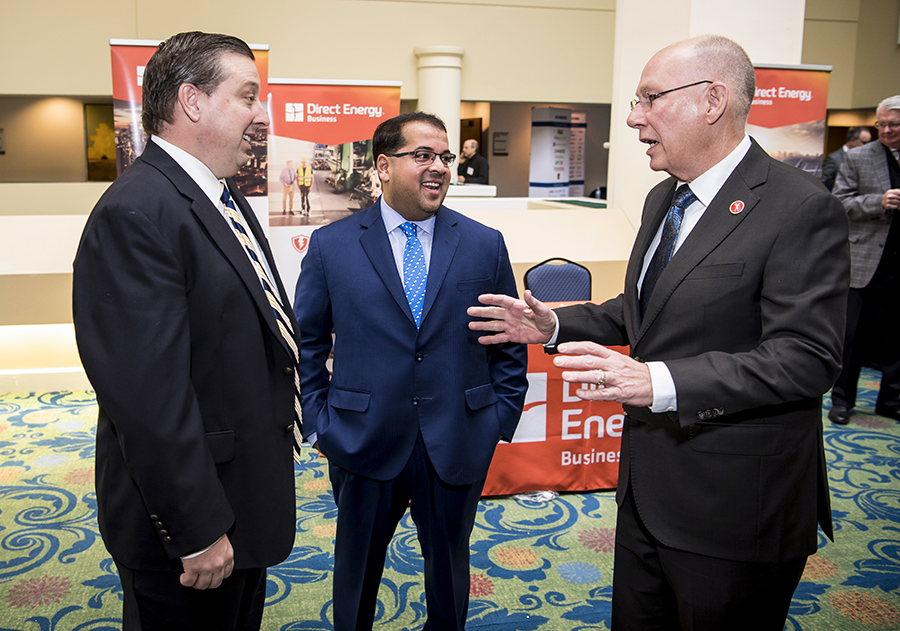 The Kentuckian who serves as the chairman of the Federal Energy Regulatory Commission is well aware of how a decline in coal use affects his home state.

“It’s very significant, and it’s heartbreaking to be honest,” says Neil Chatterjee in an interview at his office in Washington, D.C. “We saw firsthand the devastating impact in these communities and what’s felt amongst the people when the power plants and the mines that feed them close.”

While the natural gas boom has resulted in cheaper energy
generation, it has also raised questions about the nation’s energy security. Though FERC rejected a proposal advocated by U.S. Energy Secretary Rick Perry that would have provided federal assistance to prop up coal and nuclear plants, Chatterjee tells Kentucky Living that FERC and the Department of Energy continue to examine how grid reliability and resilience are affected when coal and nuclear plants shut down. As a quasi-judicial body, FERC relies on a body of evidence to make its decisions.

“What does the term resilience really mean?” Chatterjee asks. “How do we evaluate resilience? Is there a threat as evidenced by the record to the resilience? And if the answers to all these questions are ‘Yes, there is a threat to resilience,’ what actions can we take that are going to be legally defensible and hopefully within markets to address it?”

Chatterjee says while federal officials consider those complex questions, he has a sense of urgency and a concern that some coal plants will close as the commission completes its analysis.

“Because once they’re gone, you can’t get them back. But I also want to get this right. And so, we are trying to work as quickly and as diligently as we can,” he says.

Chatterjee’s focus on grid reliability includes the reality that as the grid has gotten smarter, it’s also become more vulnerable to cyber attacks.

“People sometimes squirm when I say this,” Chatterjee says, “but we’ve all got to focus on our cyber hygiene.”

Amid climate change concerns, Chatterjee is vocal about nuclear power’s distinction as a source of carbon-free baseload generation.

“But in the same way that I can’t take into account the struggle of coal communities as I evaluate things, because the Federal Power Act doesn’t allow for it, I also can’t take the climate considerations regarding the shuttering of nuclear plants into my decision making. I’ve got to make decisions based on reliability, what our resilience docket shows, and those attributes.”

With most Kentucky utilities regulated by the Kentucky Public Service Commission, Chatterjee was asked whether FERC and the PSC can continue to find common ground where there is regulatory overlap.

“I think cooperative federalism is incredibly important,” Chatterjee says, describing a good relationship with the PSC. “And it’s something that we strive to work toward every day.”

“We at (FERC), we actually don’t have a position on what is a superior model, competitive wholesale markets or regulated retail markets,” he says. “We just want to ensure that the lights come on and that customers are protected, and that electricity is delivered in a safe and clean way.”

The nation’s energy picture looked much different in 1978 when Congress passed the Public Utility Regulatory Policies Act (PURPA). The U.S. was concerned about running out of natural gas and renewable energy sources were in their infancy.

“I just think it’s time to bring PURPA into the 21st century and better align it with today’s marketplace,” Chatterjee says.

With a divided Congress unlikely to achieve any significant PURPA reform, Chatterjee says FERC may be able to implement some reform through the commission’s own regulations to better align PURPA for today’s market.

The Lexington native’s energy expertise was honed as a staffer for Senate Majority Leader Mitch McConnell and as a key advocate with the National Rural Electric Cooperative Association.

“Because of the consumer-centric nature of electric co-ops, because of the focus on affordability and reliability, since my time working in the energy space, I have had an appreciation for maintaining that sort of four-legged stool of safety, environmental integrity, affordability reliability.”