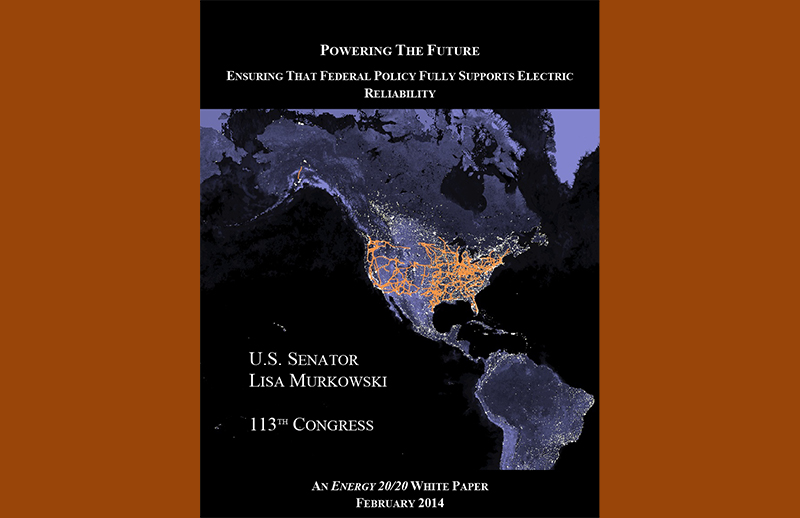 The last time my lights did not come on was when severe thunderstorms blasted through my county. Driving through pelting rain and flashing lightning was scary and I was glad to get home safely. Then when I dashed from my car to the side porch, unlocked the kitchen door, and flipped the light switch, nothing happened. Dark.

I used my cell phone to report the outage but my local power company already knew about it, and gave me an estimated repair time for my area. Sure enough, within three hours the linemen had sorted through the chaos of downed trees, tilted poles, and dangling wires, put everything back where it belonged, and installed a new section of power line. Lights on!

Controlling the power
All over the United States, carefully trained crews have local stockpiles of parts, transformers, poles, and the lines they need to keep the system in tip-top shape. Constant maintenance and the quick repair of storm damage is one kind of electric reliability.

But there’s a second part to reliable service. There must always be a steady supply of electricity flowing into local lines. Generators and high-voltage transmission lines must function correctly at all times to provide the bulk power. Keeping that system running reliably is not so simple.

In each region of the country, the resources available to generate electricity vary. Some areas depend more on natural gas, while in others the leading source is coal, hydroelectric, or nuclear. This diverse mix of power plants has always been a key strength of the nation’s bulk power system. Traditionally, power grid operators have had many different combinations of steady generation resources at their fingertips to make sure exactly the right amount of electricity flows into the transmission lines. And there are spares, extra generators that can quickly add a boost of power when needed.Those traditional methods of generating

electricity have one thing in common—they are easily controlled by human beings. They produce power that can be “dispatched,” that is, sent into the grid in known amounts for known periods of time. They can be adjusted up or down as demand for electricity changes through the day, night, and seasons of the year.

Two things about this bulk power system have been changing.

First, federal policies are encouraging the use of newer forms of electricity generation that are not so easily controlled by human beings. Producing electricity using renewable resources, such as sunlight and wind, is different because the amounts of sunshine and wind change, often in unpredictable ways. So instead of being steady, electricity generated from solar panels and wind turbines is intermittent. Blending these changeable amounts of electricity into the steadier flow of dispatchable power in the transmission lines is turning out to be an engineering challenge.

Second, laws intended to protect the natural environment are making it more difficult to use coal to generate electricity. Several traditional coal-based power plants have already been shut down, with many more scheduled to be taken out of service within the next two years.

With more electricity coming from sun and wind, and less from coal in many parts of the country, will the lights still come on?

Recommendations for reliability
Amid all the new rules and regulations for electric utilities being talked about in Washington, asking if the lights will still come on is not a far-fetched question. Instead of being crazy, it may be the smartest question to be asking right now.

Senator Lisa Murkowski of Alaska thinks so. She brought the issue front and center earlier this year with the release of her report, Powering the Future: Ensuring that Federal Policy Fully Supports Electric Reliability.

In her report, Senator Murkowski makes these key points:

• As the nation’s mix of generating sources changes, keeping the power grid stable and reliable must be the top priority.

• When proposing rules and regulations, the Environmental Protection Agency should consider their impact on reliable electric service.

• The EPA should ask both the North American Electric Reliability Corporation and the Federal Energy Regulatory Commission for a detailed analysis of the impact new rules will have on the reliability of the power grid.

• The EPA must consider not only the effect a single rule will have on reliability, but also in the context of all other existing and proposed rules.

• Members of the electric utility industry, power grid operators, and regional transmission organizations must speak freely and openly about the potential effects new rules could have on reliability.

Jo Ann Emerson, CEO of the National Rural Electric Cooperative Association, says, “Senator Murkowski’s paper is spot-on in its call for a more reliable electricity grid. Her assessment of the factors influencing the electric grid brings to light the importance of honest dialogue, and co-ops look forward to being part of that conversation.”

Keeping the lights on in Kentucky

The subject of Sen. Murkowski’s report described in this column—the reliability of electricity—is a 24-7 issue with the generation and transmission co-ops that provide electricity to the electric co-ops in Kentucky.

Here’s what they have to say about the report.

Nick Comer, External Affairs manager at East Kentucky Power Cooperative (which serves 16 distribution co-ops in 87 counties), says, “As the senator’s report noted, coal continues to play a vital part in keeping the lights on. We’ve already added the latest in emission control devices to our existing power plants, and recently brought new state-of-the art, coal-based units into service to meet the demand for electricity from our owner-members.”

Mark Bailey, president and CEO of Big Rivers Electric Corporation (which serves three local co-ops in 22 counties), says, “These are complex and dynamic systems, with many variables. It requires careful planning and huge investments to keep the lights on, so it’s best when decisions of this magnitude are made with open discussions. Our system is stable and we do not expect problems matching supply with demand.”