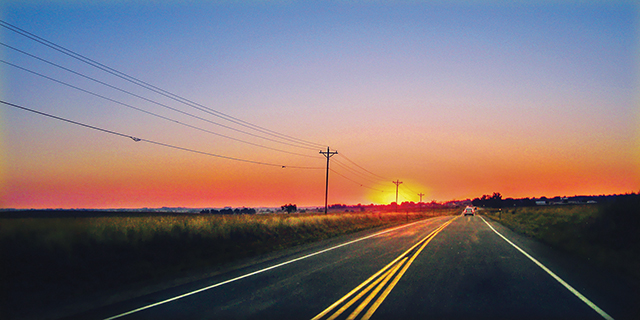 Here’s something fun to do when you’re driving with the kids or grandkids. Pick a distance (try two miles) and get the youngsters to count each utility pole you pass. Keep a separate tally each time you see a wire crossing high above the road. Before you begin, ask each person to guess the totals.

Were you surprised by the numbers you found?

Now here’s something else to think about-how many workers and bucket trucks does it take to keep everything in tiptop shape?

In today’s world we figure that electricity will be available everywhere. We seldom think about who owns the poles and wires, or where they are. We just expect steady electric energy to keep our food cold, the water hot, and the lights on.

It wasn’t always that way.

A good monopoly
Building and running an electric utility company takes a lot of money. Early companies figured out that the more customers per mile, the quicker they could make a profit for their investors.

Competing utilities scrambled to see who could grab customers. In some cities, one company would hoist up poles to serve 20 blocks, while another company raced to put its poles up on the same blocks. A third start-up utility might be signing up different customers on both sides and down the middle.

It didn’t take long to see that two or more electric utilities constantly struggling against each other in a single area was foolish. The thicket of poles and tangled mess of wires was a wasteful, expensive duplication of effort.

When poorly managed companies didn’t sign up enough customers and went broke, a different company took over their networks. The last utility standing was the one with all the poles, all the lines–and no competitors.

The result is a “natural monopoly,” which is a good news/bad news situation. One company can concentrate on safe operations and a neat network of poles and line. That’s the good part. But with no rivals, a single utility might be tempted to overcharge or skimp on service. That could be bad.

Essential electricity
Lawmakers looking into the situation 80 years ago came up with some new ideas. This new form of energy had quickly become so important to daily life that providing it was “in the public interest.” They said that electricity was an “essential service.” But thinking of the potential dangers of monopolies, they began crafting a framework of rules to make sure that consumers would be treated honestly.

The electricity user was, and still is, the focus of electric utility regulations. Each electric utility within an area has an obligation to provide the proper amount of power, respond to trouble or complaints appropriately, and make certain that consumers’ monthly bills are correct. The prices on those bills must be figured according to agreed-upon rules.

In 1934, the Kentucky General Assembly created the Kentucky Public Service Commission (PSC), which still regulates most electric utilities operating within the state today.

But back then, the PSC’s regulations applied only to utilities in big towns and cities, because those were the only places with electric service.

When the earliest utility companies looked beyond the city limits at the widely scattered homes and farmsteads way out on the little country roads, they said, “This far and no farther–we can’t make a profit setting up poles and running lines to so few customers.” So they didn’t.

The gap between town and country was huge then–electricity in the cities, coal oil lamps and candles everywhere else.

Reliable boundaries
Then in the 1930s the creation of the Rural Electrification Administration changed everything. The REA gave people in rural communities the ability to form a new kind of electric utility focused solely on providing service instead of making money for investors. In less than three years, 350 not-for-profit rural electric cooperatives in 45 states were delivering power to people living far away from big cities.

One of those new utilities was Nolin RECC in Elizabethtown, 40 miles south of Louisville. Incorporated in July 1938, by the next summer Nolin RECC had set up 150 miles of lines to serve 800 members.

At first the boundaries between for-profit utilities and the new not-for-profit rural electric cooperatives were uncertain. Zigzags were common, with the two kinds of utilities sometimes elbowing each other to get to an area first.

Mickey Miller, president and CEO at Nolin RECC, says, “It wasn’t good to be battling other utilities to see who might be able to get a new customer.”

The official boundaries for Kentucky’s 24 rural electric cooperatives and all other regulated utilities were finally set in 1972. The certified territory maps filed then with the Kentucky PSC (as required by Kentucky Statute 278.017) still guide utilities today.

Although the boundaries are the same, patterns of land use have changed. Countryside, once all pastures and crop fields, now includes factories and commercial businesses. New subdivisions often straddle the lines on the maps, with homes in one section served by an investor-owned utility and another section served by a rural electric co-op.

Miller says, “The territory law takes the pressure off so we can spend our time doing more productive things. We can get started right away designing and building exactly the system consumers want. Today we have about 3,000 miles of lines and serve almost 34,000 meters within those old predescribed boundaries.”