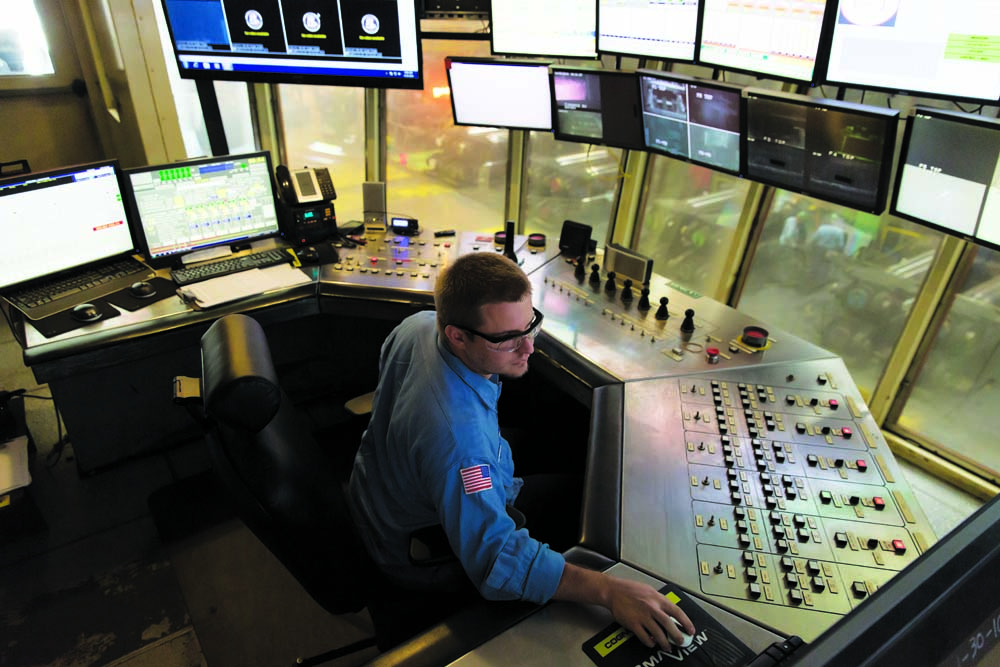 “Access to affordable and reliable power was a major reason we chose to expand our Gallatin mill and locate our new plate mill in Kentucky. We’ve enjoyed a great working relationship with the state’s electric cooperatives, so it made sense to continue to grow here,” says John Farris, Nucor Steel Gallatin’s vice president and general manager.

After a substantial investment in 2017 of $176 million to add galvanizing and pickling lines to the Ghent facility, Nucor is investing $650 million to nearly double the mill’s annual capacity to approximately 3 million tons.

“Nucor’s continued investment at their Ghent facility has led to tremendous job creation and economic prosperity in the region,” says Michael Cobb, interim CEO of Owen Electric. “We appreciate our strong working relationship with Nucor and value the opportunity to serve as their electric power supplier.”

Meanwhile, about 120 miles downstream on the Ohio River in Brandenburg, Nucor is investing $1.35 billion in a new steel plate manufacturing mill slated to open in 2022 at the Buttermilk Falls Industrial Park, served by Meade County RECC in partnership with Big Rivers Electric, its wholesale energy provider.

“Big Rivers and Meade County RECC staff have fostered a productive relationship with Nucor officials to bring their Brandenburg steel plate facility to operation on schedule and economically,” says Marty Littrel, Meade County RECC’s president and CEO. “We are excited about the future and the economic growth that will follow Nucor’s presence in the region.”

In addition to an estimated 2,000 construction jobs, Nucor’s new mill is expected to create about 400 full-time positions with an average annual wage of $72,000.