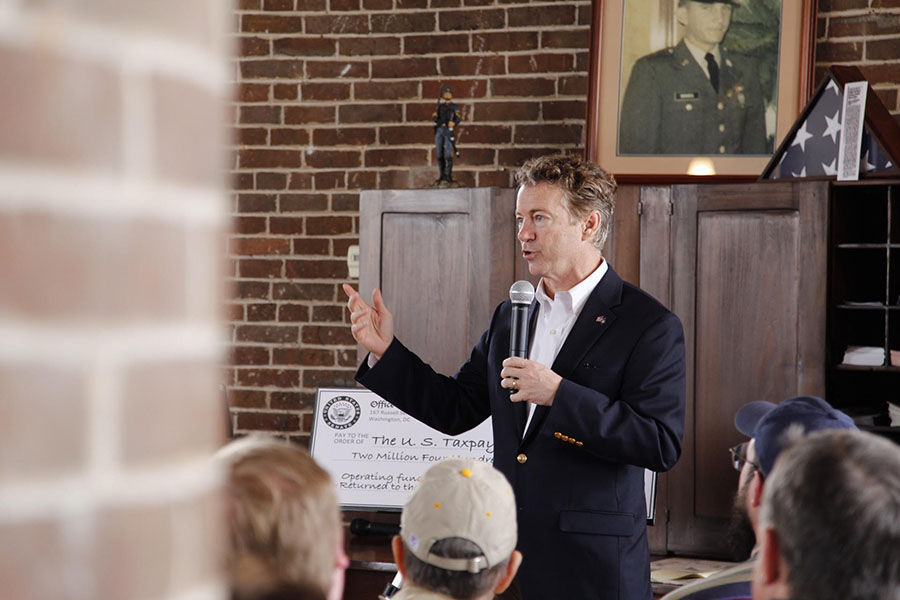 What is your plan to keep energy in Kentucky affordable and reliable?
First and foremost, we must defend the coal industry from the EPA’s overzealous and destructive regulations that threaten to eliminate coal as a reliable and affordable energy source, and I plan to continue fighting the regulatory onslaught that is suffocating Kentucky coal. While I believe in an “all of the above” energy strategy, it is not the government’s job to pick winners and losers in any industry, and we must get government out of the way to free up the energy market.

Do you believe the final rule of the Clean Power Plan should be implemented, and if not, what changes do you think should be made?
In the Senate, I have fought against the Obama-Clinton War on Coal, and in particular, I have focused my energy on defeating their so-called Clean Power Plan. I have co-sponsored several resolutions of disapproval through the Congressional Review Act to halt the EPA’s Clean Power Plan, which would have required Kentucky to reduce its carbon emissions by 39 percent. The Senate passed the resolutions of disapproval, but unfortunately, President Obama used his veto power to strike them down.  I have also cosponsored S. 1324, which given the opportunity to go in to effect, would have allowed states to opt out of submitting a compliance plan under the EPA’s Clean Power Plan. In that pursuit, I joined 34 of my fellow Senators in signing on to a court challenge to that very same rule.

What role should the federal government have in helping areas of rural Kentucky adversely affected by the decline in coal mining?
What the Clinton-Obama War on Coal has done to our coal producing counties is absolutely devastating, and we must find a way to combat those hardships. That is why I have proposed designating eligible counties in Kentucky as Economic Freedom Zones. Under these Economic Freedom Zones, local communities would benefit from reduced taxes and regulations, and small businesses would see increased incentives. This opportunity would empower communities by leveraging the human capital, natural resources, and business investment opportunities that already exist. And those reductions in taxes in economically depressed areas would act as a stimulus that could help see that money is returned to businesses and individuals who have already proven they can succeed. If we were to cut our federal tax rate to 5% for a 10-year period, we would finally be able to incentivize businesses to locate in our struggling communities to provide more jobs and opportunities.

How else would you promote economic and educational development in rural Kentucky?
As I travel across our great Commonwealth to meet with Kentuckians, particularly in Eastern Kentucky and Western Kentucky’s coal counties, the one thing I hear a lot about when we’re talking about the economy is the toll the Obama-Clinton War on Coal has had on jobs. In the nearly 8 years since Obama was first elected, Kentucky has seen a loss of over 10,000 coal jobs as a result of increased regulations and burdens put in place by the Environmental Protection Agency. The decline grows every single day these anti-coal policies are in place. What the people of Kentucky need aren’t handouts; they need jobs. Job growth would give local communities back their economic freedom. That is why I have spent my tenure in the Senate fighting these regulations and pushing back against the War on Coal.