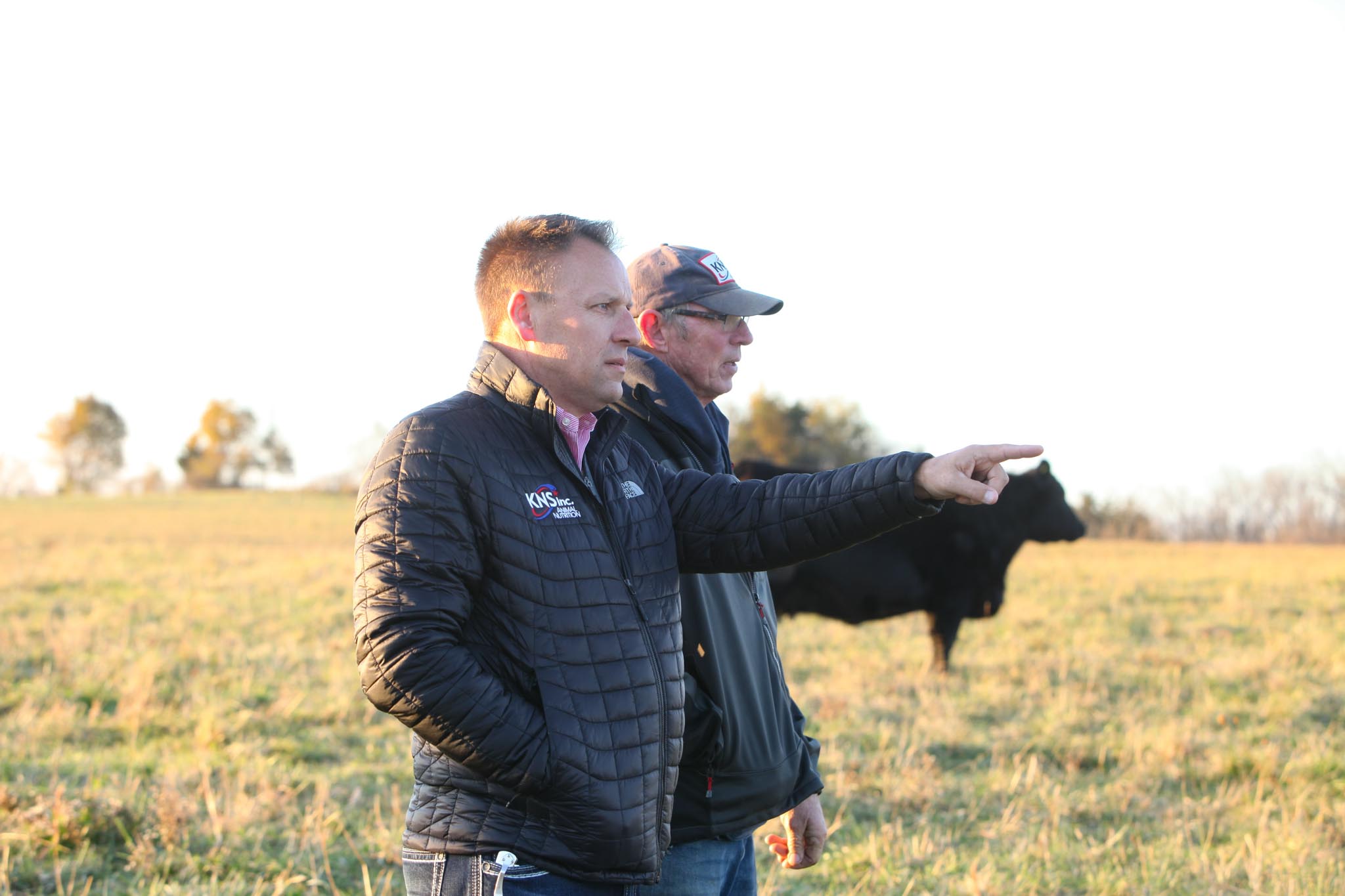 TECHNOLOGY, SCIENCE, SPECIALIZATION AND SOCIAL MEDIA have completely changed how farmers go about feeding and clothing the world.

As Kentucky farmers have adopted these changes, so have the state’s agribusinesses, which include technology and banking services; seed, feed and specialized mineral operations; equipment sales and rentals; and specialty supply stores.

KNS Inc. Animal Nutrition, based in Nancy and served by South Kentucky RECC, expanded its specialty after beginning in 1978 with a focus on using mineral nutrition to increase milk production and reproduction success in Kentucky’s dairy industry.

“Healthy animals produce healthy meat. Nutrition is key—minerals, vitamins and vaccines can help limit or reduce the need for curative measures such as antibiotics,” says Peterson, who now owns the Pulaski County company. “When we first started we worked with farmers to determine what they needed by sampling their hay and soil. We looked at other inputs and communicated with veterinarians to develop a mineral that fit the needs and accomplished their goals.”

Today, with technological advances there is less need for on-farm visits. Phones and data transfers from universities have helped KNS Inc. to grow beyond the borders of Kentucky.

Peterson, a member of the Kentucky Agricultural Development Board, says KNS’s challenges include labor, which limits its expansion. “Lack of inbound trucking is becoming more and more a concern,” he adds, “and product availability with the breakdown in the supply chain keeps us on our toes.”

Being able to go to the molecular level in feeding has opened up new gains and profitability in livestock and has helped farmers be better stewards of healthy animals. Science and technology have also helped farmers better understand the soil and lay of the land, application of fertilizer and micronutrients, and sustainable tillage practices.

The progress made in technology on the farm has been accelerated by the demand for more food with a growing population worldwide. Dealers like Ward are key to helping farmers get higher yields and save on input cost. This requires making sure every pass through the field has exactly the amount of nutrients and seeds to maximize yields.

“In 1954, the largest farm size we dealt with was 200 acres,” Ward says. “Now the average is between 3,000 and 6,000 acres. Combines have gone from 8 feet to 45 feet and our planters have gone from two rows to 24 rows. Not only have they gotten bigger, but the precision of how they operate is unmatched.”

The agricultural equipment Ward now sells is directly connected to satellite technology and is electronically operated. “Tractors in 1954 would have had a gearshift and steering wheel and maybe a horn,” he says with a laugh. “Today, the operator behind the wheel is just there to monitor as the equipment does the work. It corrects itself and makes sure there is no waste of inputs.”

Ward, a past president of the Kentucky Farm and Power Equipment Dealers Association, says inflation and breakdowns in the supply chain are challenging to agriculture and agribusinesses.

Social media also has changed the way farmers and agribusinesses tell their story and sell their products.

Ally Jones learned that in March 2020 when her family-owned and -operated Legacy Dairy in the Hiseville community in northern Barren County got the go-ahead to expand their dairy into a bottling facility, a process that took nearly two years.

“The first day we got to market our milk, we sold direct to our customers on the farm. We shared the news on Facebook and had an overwhelming re-sponse.” Jones says.

During that time, the operation caught the attention of local newspapers and state and national agriculture publications.

“Other than this, social media— Facebook and Instagram to be specific—is the only means of advertising we have used thus far. Word of mouth goes a long way,” Jones says.

Legacy Dairy, served by Farmers RECC, is the only single-source cream-line milk in the state. “Everything from milking to processing and bottling is all done right here on our farm,” Jones says. “We even do all of our deliveries. Since we have a small herd, all of the milk produced by our ladies is processed right here.”

Legacy Dairy currently consists of a herd of 18 milk cows. They raise their own hay and corn for silage, with one employee besides family members.

Kentucky’s agribusinesses have shown they can change and diversify to meet the needs and there is no doubt they will continue to overcome the demanding challenges we see them facing today.

JONATHAN SHELL is a policy advisor for various statewide organizations. He grows flowers, corn and pumpkins and raises cattle on his Garrard County farm, Shell Farms and Greenhouses.