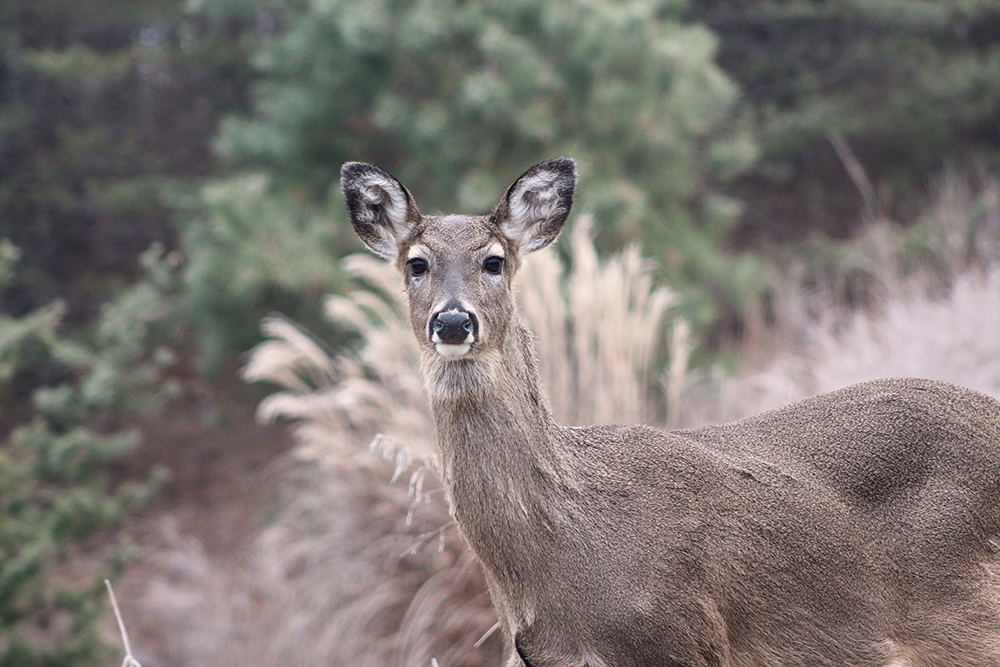 November can be a deadly month on Kentucky highways

When you think of the deadliest animal in America, what comes to mind? Bears, wolves, mountain lions, maybe sharks?  But no, the animal that kills more Americans than all others combined is lurking nearby in forests and fields and close to residential neighborhoods. It is, strangely enough, Bambi.

According to data from the Centers for Disease Control and Prevention, deer kill about 120 Americans annually by causing car accidents. Many more people are injured and countless others, including me, have had near misses when deer ran out into the road in front of a vehicle.

In Kentucky, the population of whitetail deer hovers around 900,000.  From that number, about 150,000 are harvested annually. After hunting season, the population rebounds to approximately 900,000 again.

Beginning in late October, deer enter the rut, or breeding season, which lasts through November, with a shorter secondary rut in December. Males know when females are within two or three days of being receptive. During this window of time, a game of cat and mouse is happening across rural Kentucky. Bucks are chasing does and they have absolutely nothing else on their minds except breeding. This is when the chasers and the chased are most likely to blindly run across roads and into traffic.

“The rut means it’s time to slow down and be aware of deer that so often run out into the road,” says Norm Minch, retired director of Information and Education for the Kentucky Department of Fish and Wildlife Resources. “We need to especially be careful when driving in areas where trees or forest come right up to the highway’s edge and remember that during the rut, deer are most active early in the morning, in the evening and throughout the night,” he adds.

By mid-November, when the rut enters its peak, you may wonder what’s going on when you see such a large number of dead deer on roadsides, especially along busy interstate highways. The answer is simple: Vehicles have hit most all of them.

Deer gun season also takes place during the rut, with as many as 250,000 hunters in Kentucky’s woods for two weeks beginning on the second Saturday of November. Hunting license sales have paid for the decades-long deer restoration efforts as well as the conservation and restoration of non-game species. We need to respect the hunter’s right to be in the woods. If you’re not a hunter, wear some form of hunter orange or neon colors if you’re out hiking during deer season—anything that stands out and keeps you from being mistaken for a deer.

Bears kill an average of one person per year. Alligators: one person. Mountain lions: one person. Rattlesnakes: less than one person. It is the least likely suspect that is most dangerous to humans, so watch out for them this November.