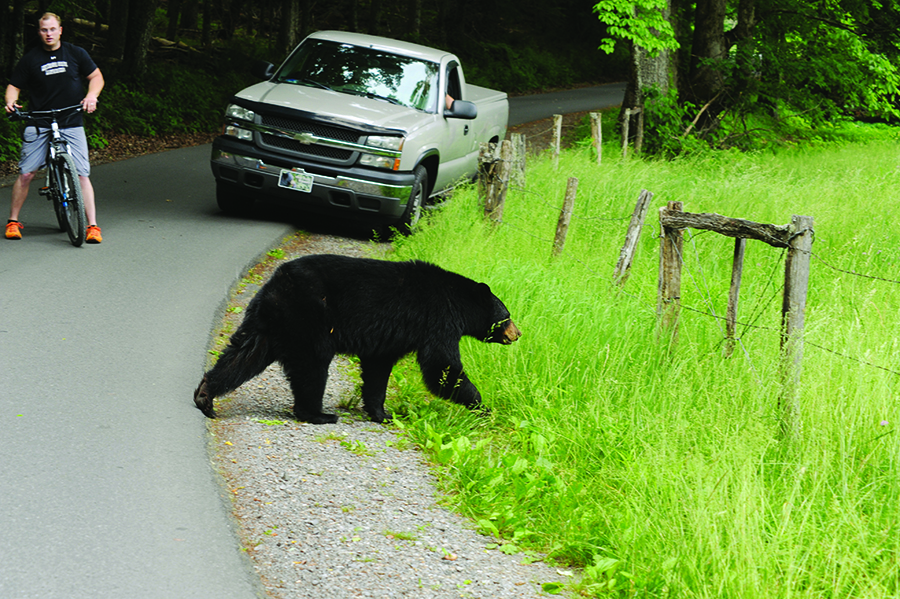 If you’re surprised on a hike by a black bear, the worst thing you can do is play dead. Fight back with all you’ve got. Photo: Debra Gibson Isaacs

The American black bear (Ursus americanus) roamed the forests of Kentucky up until about 1900, when hunting and habitat loss significantly diminished their numbers.

Reforestation and a natural range expansion out of bordering Appalachian states have brought the bears back in a big way. Verified bear sightings have been reported as far west as Brandenburg, Danville and Bernheim Forest near Louisville. 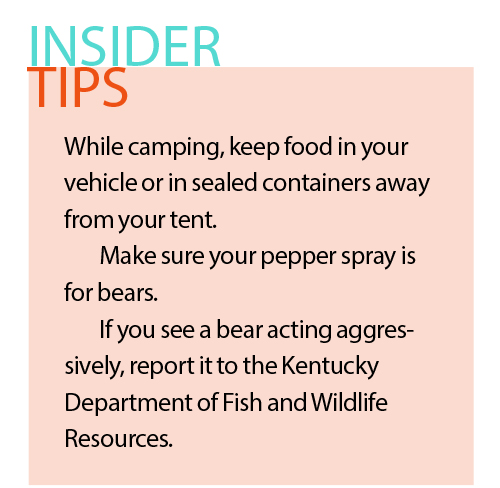 As the chances of seeing bears increase, it’s a good idea to know how to handle yourself if you have a close encounter. If you’re hiking and see one from a distance, give it a wide berth and go around it or find a different route. The good news: black bears are not usually aggressive and will normally move away from people. However, the element of surprise can make things a little testy. Although bears have a tremendous sense of smell, if you happen to be hiking downwind of a bear on a breezy day, it may not detect you and you can round a corner and accidentally walk up on it.

I try to avoid this situation altogether by being an obnoxiously loud hiker if I’m in known bear country. I’ll not only have a bear bell attached to my hiking stick, but I’ll even take a chance on alienating other hikers by singing. The bears, also alienated, will almost assuredly run away. If I’m hiking with someone, I’ll carry on a robust conversation, even if it’s meaningless.

Check out the Bear Aware exhibit at the Salato Wildlife Center:

If you do have a close encounter, running away only increases a bear’s predatory instinct to chase—and they can sprint at 35 mph. Don’t bother climbing a tree, either. Bears can practically dash up a tree.

If you’ve found yourself too close to a bear, stand your ground, raise your arms to make yourself look bigger and yell loudly. It will usually take off. However, if you’ve surprised a bear, especially a female with cubs, she may feel overly threatened and pop her teeth, huff or slap the ground—becoming a little less predictable. At this point, slowly and calmly back away while facing the bear. If the bear does attack, which is extremely rare, the worst thing you can do is “play dead.” Fight back with everything you’ve got. Use bear pepper spray if you have it, kick, scream and punch it in the nose.

Most of the bears in Kentucky are found in the eastern third of the state, where people have adjusted to their presence over the years. But some will continue to turn up in the central and western parts of the state. Look at it this way—black bears are old friends who’ve come back home. With a little knowledge, we can co-exist and actually be glad they’re back.