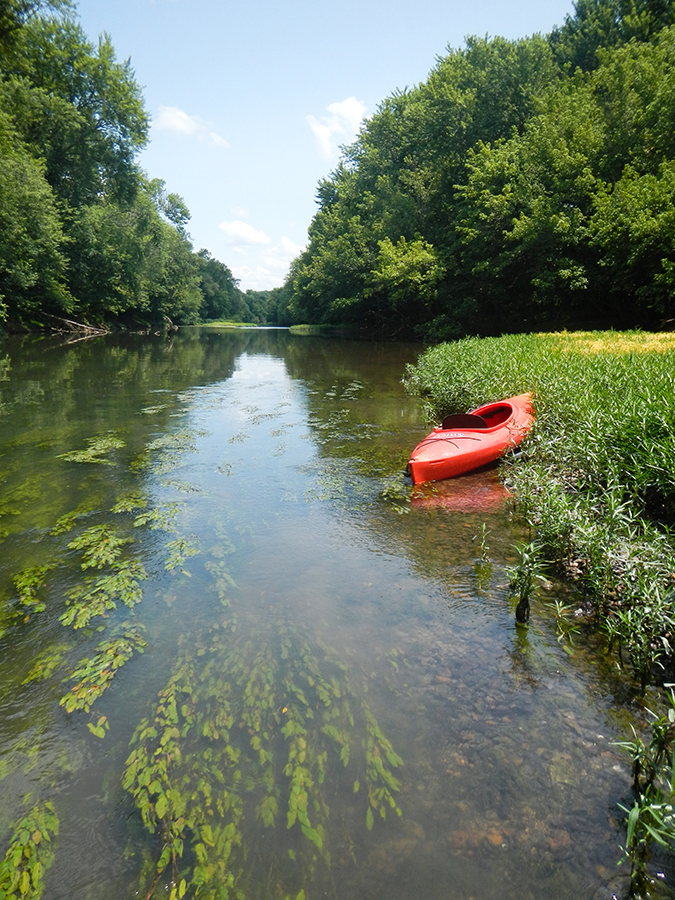 The upper Green River, a gem of variety

The upper Green River, roughly a 110-mile stretch from the dam in Taylor County to Mammoth Cave National Park, has so many attributes it’s hard to fit them all in one article, but I’ll try—starting with fishing.

I grew up fishing along the banks of the upper Green. My favorite of the game fish here is the smallmouth bass. I look for them along rocky banks, eddies and the edge of riffles. Hooking into a big one on a fly rod or light spinning gear is a thrilling experience of give-and-take as the fish pulls out line and I crank the reel. Almost every time I catch one, it leaps out of the water, becoming an aerial acrobat in a mighty attempt to shake off my lure. If I win the fight, I gently release him so we can meet again another day.

For most of my life, all I thought about were the game fish. But there are others—weird crustaceans, a large mussel population and fish of electrifying colors.

The upper Green is home to 43 species of fish, crustaceans and mussels found nowhere else in the world—and many more on the rare, threatened and endangered species lists. Dr. Richie Kessler, associate professor of Biology and Environmental Studies at Campbellsville University, says, “When I’m on the Green it’s as if I’m floating over a living natural history museum.”

It’s no wonder he feels that way. The Green is one of the four most biologically diverse rivers in North America and, as Kessler passionately expounds, it’s “the crown jewel of Kentucky’s rivers.”

Kessler researches the river’s strange endemics, such as the bottlebrush crayfish (Barbicambarus cornutus) which grows up to a foot long and is among the largest crayfish in North America. And there are the darters in all the colors of the rainbow—like the splendid darter (Etheostoma barrenense) and the orangefin darter (Etheostoma bellum.)

No one really knows exactly why the Green holds so many of these rare creatures, but Kessler theorizes that the river is the right size at the right place and not overly developed or polluted.

Things are changing on the river. As a kid, I remember fishing out of a johnboat with my dad and hardly seeing anyone else. These days, the river’s easy rapids and beautiful scenery of cliffs and forest make it a popular destination for kayakers and canoeists. Kneeling on a gravel bar, I watch them go by in their colorful crafts, one after another. Then I gaze down into the clear water, wide-eyed with wonder, hoping I’ll catch a glimpse of some strange living thing. With a touch of pride, I realize that my old Green River has become a national treasure.