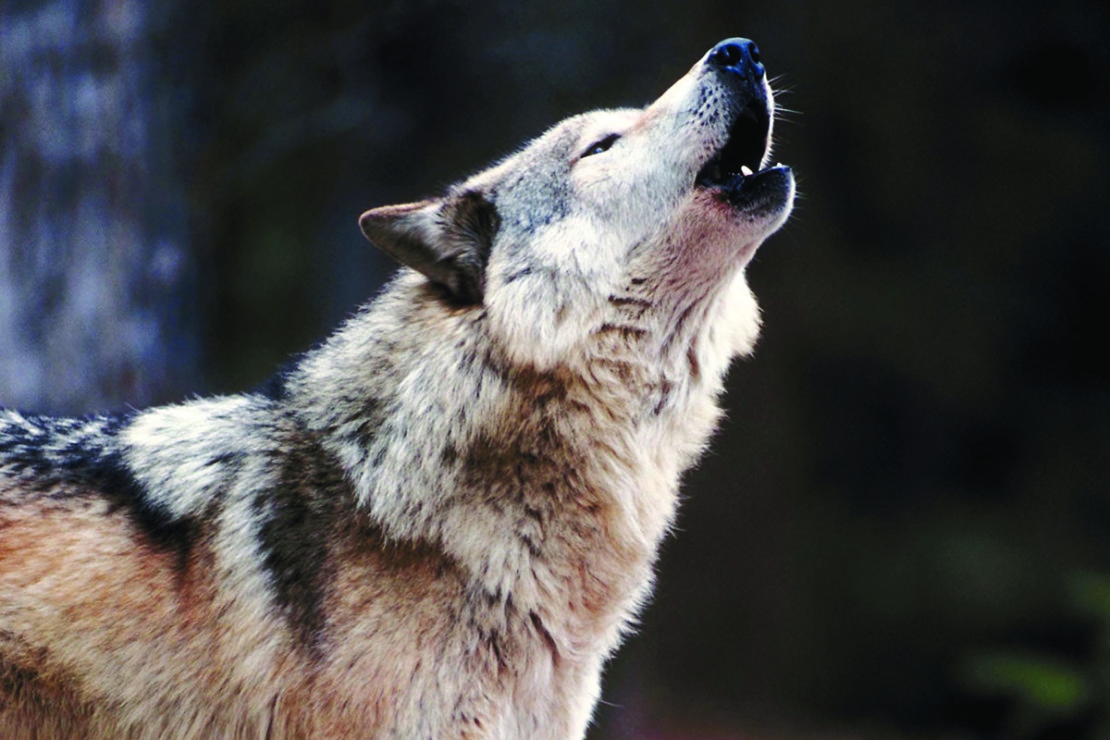 Late one night in the fall of 2013, I stepped outside my rural home and heard something I’ve never heard before. I nearly jumped out of my boots. It was a howl—loud, deep, and drawn out—different from the yippity-yap howls of the coyotes I’m familiar with. To me, it sounded like one of those emergency sirens during a tornado warning. “Still, it had to be a coyote,” I thought.

On a snowy winter night a few weeks later, I was lost in thought by the flickering light of a bonfire when my golden retriever, Toby, suddenly sounded off one of those alarm barks. I had to reach down and grab him by the collar to keep him at bay. Then I saw them—the silhouettes of what I thought were two coyotes going back and forth as if they were circling us. Not only did they look bigger than the coyotes I had seen before, but the combination of bright firelight, dog, and human didn’t seem to intimidate them much at all.

Concerned, I contacted a wildlife biologist. He explained that the thick winter coats of coyotes make them look bigger and that coyotes, if they are not hunted, become braver. He assured me it is highly unlikely they would ever attack.

But then I read about something I had missed in the news. Wildlife officials determined that an animal shot in March 2013 in Hart County was a gray wolf, Canis lupus, the first one killed in Kentucky in 150 years. DNA testing confirmed the wolf was from the western Great Lakes region. I also learned that gray wolves have been seen or killed in Ohio, Indiana, Illinois, and Missouri.

In parts of the country, the gray wolf population has recovered and is no longer endangered. When a species grows in population, it expands its range. The gray wolf can easily travel more than 400 miles seeking out new territory.

At the same time, there is a documented, rapidly expanding Northeastern population of wolf-coyote hybrids that scientists call coywolves. Dogs, coyotes, and wolves come from the same Canis genus, so interbreeding among all three is possible and has occurred.

Biologists with the Kentucky Department of Fish and Wildlife Resources say they have no evidence yet of the coywolf in Kentucky. Still, I’m mystified and anxious for answers. What creatures are visiting me by the fire?

Is it possible that gray wolves are expanding into Kentucky? If so, will they breed with dogs and/or coyotes? Are these wolves and hybrids now watching us from just inside the cover of the forest?

INSIDER TIPS
For more information on gray wolves, go to the U.S. Fish and Wildlife Service and search for “gray wolf recovery.”

• To learn more about the gray wolf killed in Kentucky, go to the Kentucky Department of Fish and Wildlife Resources and search for “Commissioner’s Newsletter August 2013.”

• Watch a PBS Nature series documentary when you go to www.pbs.org and search for “Meet the Coywolf.”