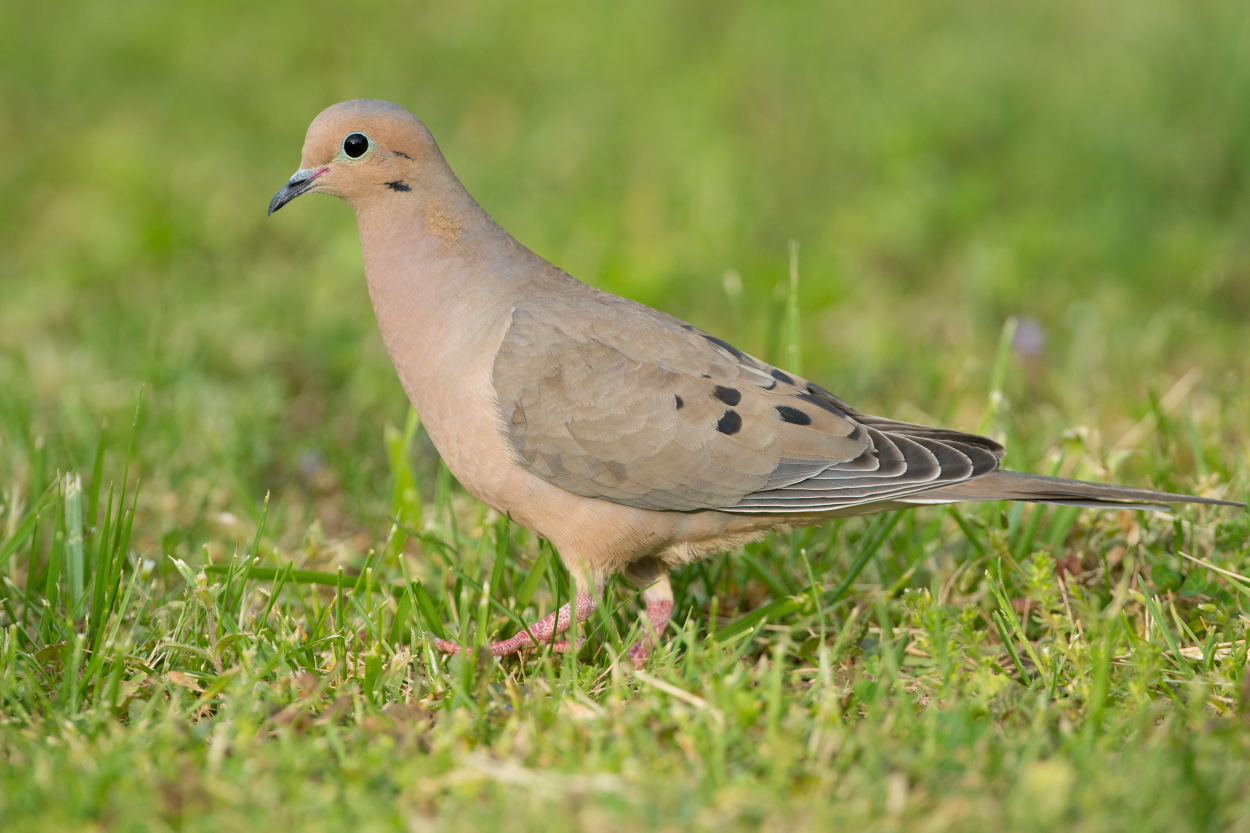 FRANKFORT (Aug. 17, 2017) – The morning fog we’ve seen a few times lately portends that fall hunting seasons are right around the corner. For many Kentuckians, the best time of year begins on Sept. 1, the traditional opener for dove season.

Dove hunting is a social event as old friends reunite while standing on the edge of a field, telling stories and keeping their eyes peeled for incoming birds. A plate of bacon-wrapped grilled dove breasts finishes a great day afield.

“The good news is we had fewer violent storms this past summer, so dove reproduction was really good,” said John Brunjes, migratory bird program coordinator for the Kentucky Department of Fish and Wildlife Resources. “It should be a good season this year. I expect a rebound from the past two seasons.”

Hit or miss hunting describes the last two dove seasons for many in Kentucky. “The last two years, certain fields were good, but others had few or no birds. We had poor reproduction. Those great fields were still great, but during good years, those other fields got a lot of spillover. But during average or poor years for reproduction, those fields don’t have birds.”

“Young birds are more susceptible to harvest,” he said. “When we have fewer young birds in the population, we harvest fewer birds on opening weekend.”

Rain fell at the appropriate times for fields to thrive this year. “Sunflowers are looking great, so is corn,” said Wes Little, migratory bird biologist for Kentucky Fish and Wildlife. “The birds should have plenty to eat this coming season.”

Scouting is primal for dove hunting success. “Kentucky is a big state and things are not uniform,” Brunjes said. “You must scout and see if the field you plan to hunt has good flowers and birds. Sometimes, you have a beautiful field but no birds, or the field looks great in July, but not so good by the end of August. It is worth your time to go a couple days ahead of the season to see.”

Study how doves use the field you plan to hunt when scouting. Anyone with dove hunting experience knows the feeling of standing dejectedly along the edge of the field with a cold shotgun, while hunters on the other side of the field quickly get their limits.

“Watch where doves fly, if they are cutting across a field corner, following a power line, or landing in a particular tree,” Brunjes said. “Doves also are drawn to patches of bare dirt in the field itself. On opening day, set up accordingly.”

Doves on opening weekend are not yet acclimated to hunting pressure, but that does not mean hunters should wear a white t-shirt and brightly colored pants.

“I wear drab-colored pants and a camo t-shirt for opening day,” Brunjes said. “If you have something to hide behind such as a hay bale, use it. They can flare on you on opening day. As the season progresses, camo up more.”

Brunjes also warns dove hunters using dogs to retrieve birds to make sure they do not overheat them. “Opening day is usually hot and dogs may not be used to working in such heat,” he said. “Make sure to provide shade and plenty of water for your dog. Dogs perish every year from heat stroke on the opening weekend of dove season.”

Hunting pressure and food availability push doves into new areas later in September and into October. “Silage corn fields should be good later in the season,” Brunjes said. “They usually won’t cut silage until we are into September.”

Brunjes also likes wooly fields laden with pokeberry, the purplish plant with berries that stain clothes. “Those weedy fields that you wouldn’t think hold anything will draw lots of doves in the late season,” he said. In addition to pokeberry, doves eat the seeds of foxtail and pigweed in overgrown fields.

Hunters in the field pursuing other species should look and see if these fallow fields draw doves later in the season. They could provide furious hunting in the last two segments of dove season.

The process takes less than 5 minutes. Log on to the Kentucky Fish and Wildlife website at www.fw.ky.gov  and click on the “My Profile” tab to begin. In addition to the Harvest Information Program (HIP) confirmation number, dove hunters must possess a valid Kentucky hunting license as well as a Kentucky Migratory Game Bird-Waterfowl Permit to be legal hunters.

The 2017-2018 Kentucky Hunting Guide for Dove, Early Waterfowl, Woodcock, Snipe and Crow lists fields on public and private land open for public dove hunting. Paper copies of this guide are available free wherever you can buy hunting licenses. You can also view a printable version of this guide on the Kentucky Fish and Wildlife website at www.fw.ky.gov.