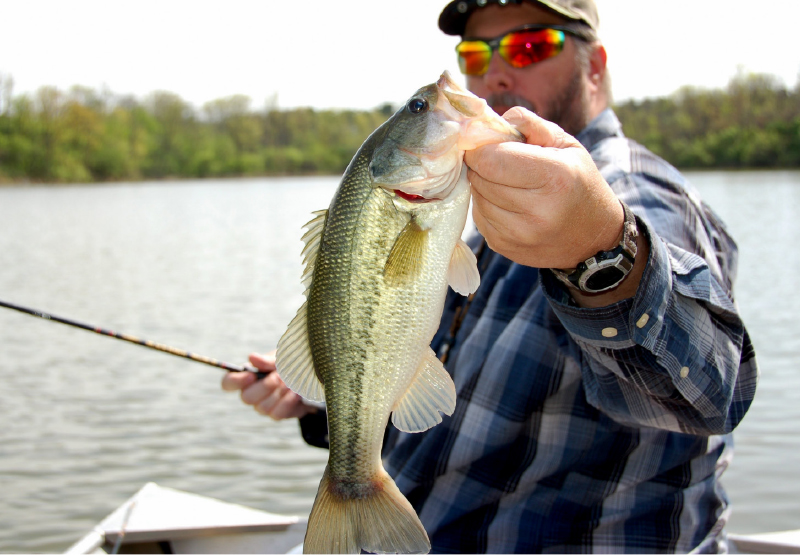 Get away from the shoreline for summer fishing success

Want to catch more fish? Then you need to have some idea of what they are doing and when they’re doing it. During springtime, fish are moving toward shallow water where females lay eggs along the shoreline. Toss just about any floating or shallow-running artificial bait near their nest and they’ll aggressively attack it.

But the school of hard knocks has taught me lots of lessons in the great outdoors. Many years ago, on a June day at Kentucky Lake, I headed to the shallows where I’d had luck before. After what seemed like a thousand casts toward the fishy-looking shoreline, I came up empty handed, except for one little-bitty male bass. So, I looked up at a turquoise sky adorned with puffy white clouds and thought of that old go-to phrase: “A bad day fishing is better than a good day in the office.”

It turns out that the fish simply were not there. June is known as the transition month for bass. The big females are in post-spawn, migrating away from the shallows to deeper, more oxygenated water while the smaller males are left behind for awhile to guard the fry.

In this migration process, look for bass about anywhere away from the shoreline—near ledges, drop-offs or the end of points jutting out into the lake.

I believe the easiest way to catch bass away from shore is by using Carolina-rigged plastic creatures, such as worms or lizards. A heavy 1-1/2- to 2-ounce weight gets the bait to the bottom where it can be crawled, walked or hopped. Lures such as deep diving crank baits also work well.

If I feel a bass hit my plastic worm, I’ll give the line a little slack just for a second to make sure it has taken the bait. Then I’ll set the hook hard. This is when a medium-action 6-1/2- to 7-1/2-foot rod with strong line (10- to 15-pound test) is needed. If it’s a big bass, expect a hard fight.

As for the color of the bait, well, that’s anybody’s guess—and there are a million colors and color combinations to choose from. One way I’ve chosen artificial baits and colors is by flagging down other fishermen and asking them what they’re using.

The transition month of June can be a fishing bonanza with just a little knowledge and a change of tactics.