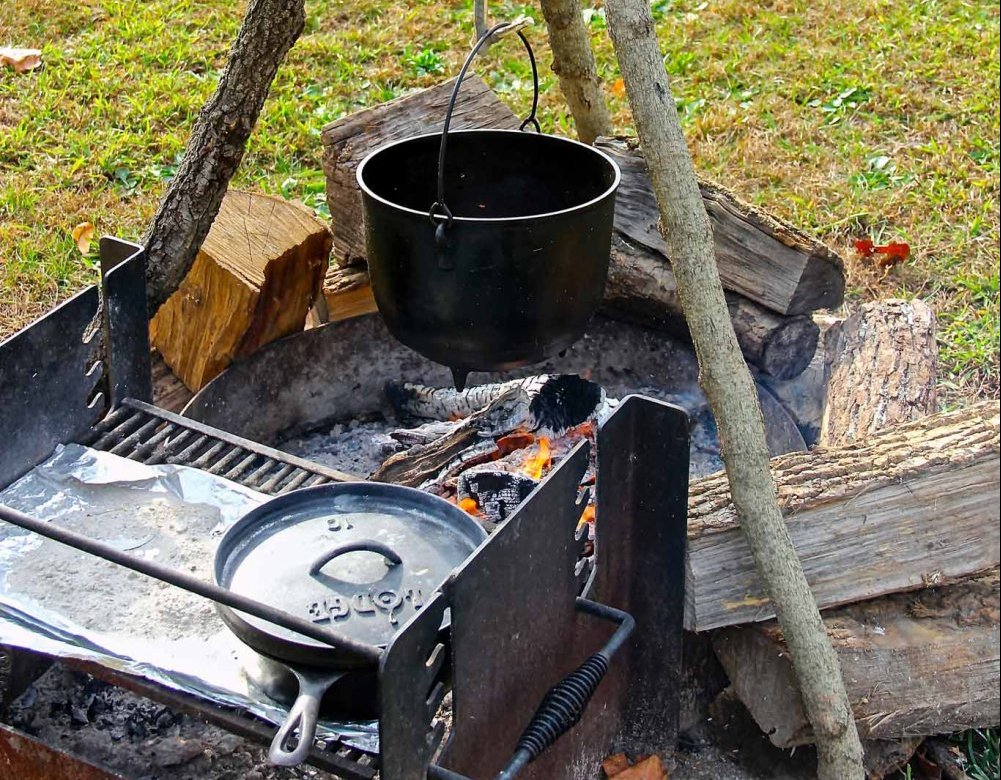 Kentucky Burgoo is the perfect meal for camp—and fun to make, too. Photo Ken McBroom

COOKING IN CAMP IS one of my favorite things about camping. One of the camp recipes I like best is for Kentucky burgoo. The process and ingredients are simple, and I get to use my cast-iron pot over an open campfire—my favorite way to cook in camp. The burgoo will last a few days, and I have yet to get a complaint about it in camp. It is a tradition in our annual deer camp and turkey camp in the spring.

Kentucky burgoo is defined as a stew or thick soup of meat and vegetables originally served at outdoor gatherings. Kentucky burgoo, by definition, is the perfect camp meal. It has no definite history, but plenty of lore. There are as many stories of its origin as there are ways to prepare it. I like to use wild game in my burgoo. Squirrel, rabbit, wild turkey and venison are a few great wild game choices for Kentucky burgoo. Of course, you can substitute game meat with chicken, pork and beef.

The origin of burgoo is thought to go back at least to the 1700s. One origin story of Kentucky burgoo goes like this: Gus Jaubert, a cook who served Gen. John Morgan during the Civil War, prepared a stew for the soldiers. Jaubert sent out some men to hunt game for the stew, and all they could find were blackbirds and crows. The cook is said to have had a speech problem or an accent, and when he said he made “bird stew,” everyone thought he said burgoo.

Whether the story is true or not, Gus Jaubert became the cook for Buffalo Trace Distillery after the war and his burgoo became Kentucky burgoo. He was also called King of Kentucky burgoo. In 1932, a racehorse named King Burgoo won the Kentucky Derby, which only added to the lore and legend of an already great recipe. To this day, it is served at the Kentucky Derby in Louisville and remains a hit.

I first came across Kentucky burgoo when looking for a stew to cook in deer camp. I was attracted to the flexibility of the recipe. I love cooking on the fly, adding whatever I have at the time. I don’t think I have ever made the same burgoo twice, and each pot was delicious.