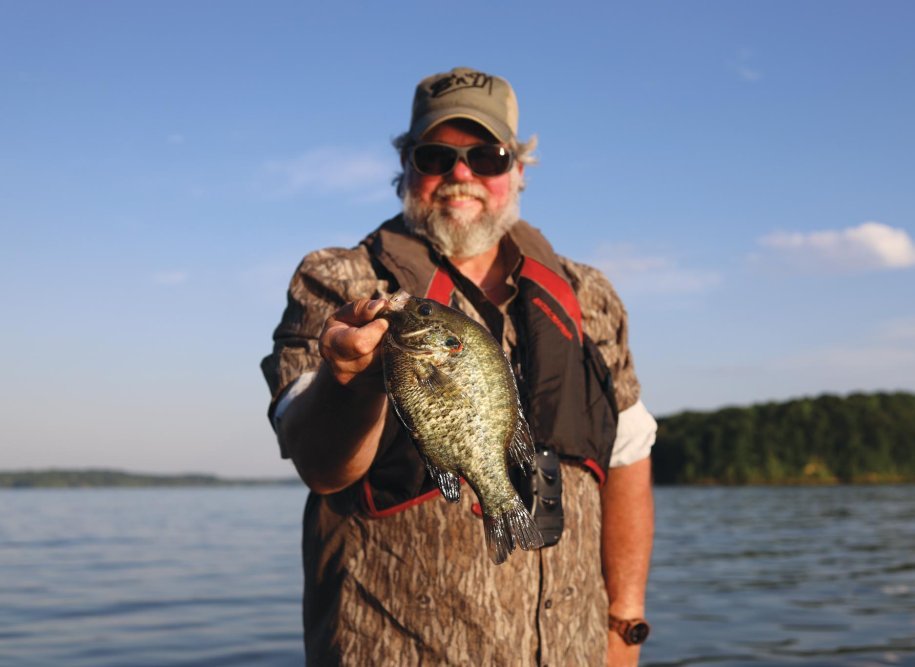 A little hard to locate, but a tasty panfish

I REMEMBER AS A KID NETTING A GIANT REDEAR SUNFISH in Florida for my dad—it was just 1 ounce shy of the lake record. At the time I didn’t know what a redear was. After that day I randomly caught redear, also known as shellcracker, while fishing for bluegill and crappie. These catches were few and far between. A few years ago, I decided to target redear on my home lake here in Kentucky.

It’s no secret that Lake Barkley is home to some good size redear. I have read and heard about them for years, but have only caught a half-dozen or so over the 30 years I’ve fished that lake. I must admit that locating and catching this elusive panfish isn’t easy. Here today and gone tomorrow is the norm when targeting these hard-fighting members of the sunfish family. You must move often in the spring and fish areas that the redear prefer to spawn. You never know where you’ll find them.

Kentucky Lake also has some great redear fishing, and I’ve caught a few there since I started targeting them. I search Kentucky Lake each spring for some new spots, but ultimately end up fishing Lake Barkley during prime time. The window of opportunity is small for me, but I have extended my redear season by a couple of weeks by learning to catch them in deeper water as they move up to spawn. They tend to stage just outside their spawning grounds, like most fish do, and you can catch a few that way. By far, though, the peak of the spawn is the best time to consistently catch redear; for me, that is just a few days in the spring.

Kentucky has several good redear fisheries. Since I began to target redear, I have reached out to people on social media to learn more about them. The response has been great—I’ve gotten many tips and tactics from these serious redear anglers, some of which are on my website.

One lake in Kentucky always seems to rise to the top of conversation: Dale Hollow. After doing a little research, I found that Dale Hollow Lake has a great population of redear—and some big ones, too. I’m looking forward to trying to hook a few redear on Dale Hollow Lake this spring. I encourage you to get out and try to catch one, and enjoy the challenge as well as the fight.