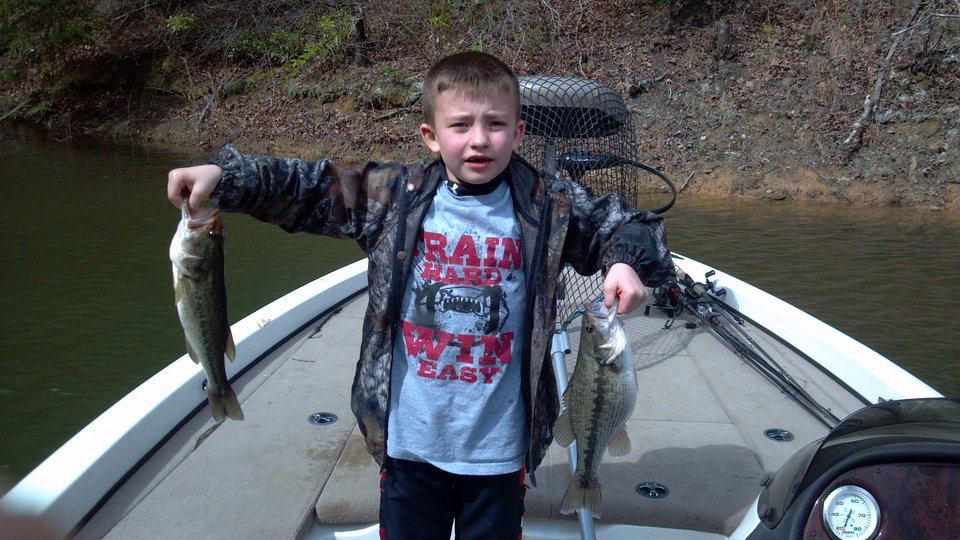 As warm winds begin to flow over Kentucky, put your new fishing license to good use by trying a few early spring fishing hot spots. In March, fish activity begins in the smaller bodies of water such as farm ponds and smaller public lakes as water temperatures reach the 50s. These smaller, shallower bodies of water warm quicker than reservoirs in spring. Late winter and early spring may be the best time of the year to catch big fish.

Trophy largemouth bass, especially females, are at their heaviest weight of the entire year during late winter and early spring. Female bass feed heavily during this time to provide fuel for the upcoming spawn. Farm ponds and public lakes are prime spots for early spring largemouth bass fishing before the larger bodies of water warm enough for bass to feed.

Slab crappie are ready to be caught, beginning in late winter, at many reservoirs in central and western Kentucky. Catches of crappie over 12 inches are not uncommon at Barkley and Kentucky lakes during this time. Black crappie move into shallow water well before the spawning season in early March, so start early for these fish. Other good bets for crappie include Herrington, Taylorsville, Cumberland, Dewey, Rough, Nolin, Barren, and Buckhorn lakes as well as Ohio River embayments.

Excellent white bass fishing can be found during the early spring in the upper sections of reservoirs such as Barkley, Cave Run, Nolin River, and Herrington lakes. The Kentucky, Green, and Ohio rivers offer excellent spring white bass fishing.

If you are interested in muskellunge, they move in spring to shallow shoreline structure and headwater areas in search of warmer water at Cave Run, Green, Buckhorn, and Dewey lakes. Remember, a 36-inch minimum size limit and one fish daily creel limit is in effect for muskellunge at these four reservoirs.

Do not forget to take advantage of trout waters such as seasonal catch-and-release trout streams, lakes stocked with trout in winter months, Fishing in Neighborhood (FINs) lakes stocked with trout, and the Cumberland River tailwater and Hatchery Creek below Lake Cumberland in late winter and early spring. Trout bite willingly in cold water.  Expect fishing to improve on the Cumberland Tailwater now that the construction on Wolf Creek Dam is completed.

Try these late winter and early spring hot spots. Not only will they cure your cabin fever, but you might catch the fish of your lifetime.