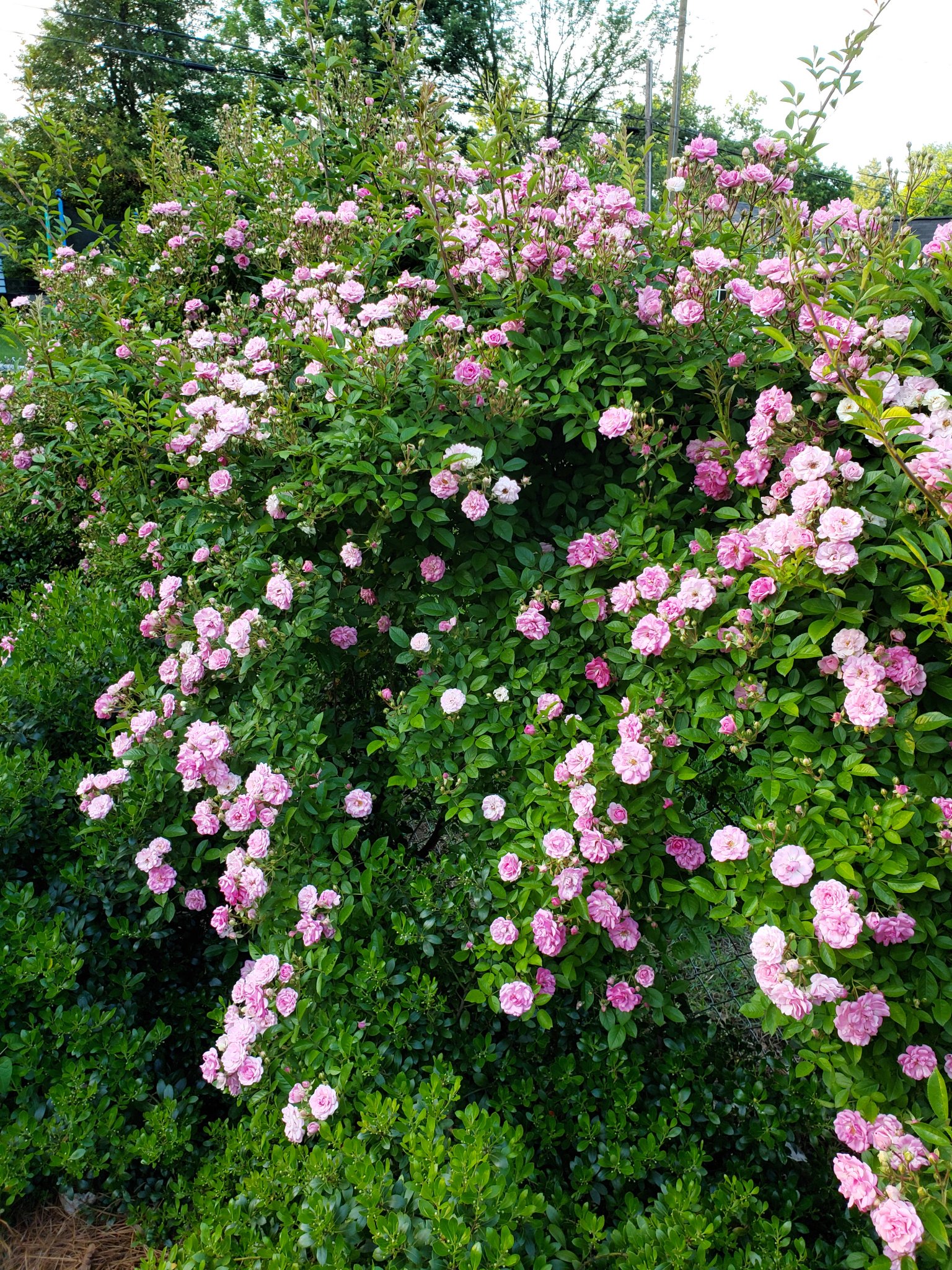 Sprawling along a chain-link fence at the edge of my garden is a rose. But not just any rose—a Peggy Martin rose, considered to symbolize the spirit of perseverance.

Peggy Martin had this rosegrowing on the fence of her home in Louisiana. It survived being under 20 feet of saltwater for two weeks as a result of Hurricane Katrina. Relatively unknown before the hurricane, the rose came to Peggy from a friend who got it from her mother-in-law who got it from a relative. The rose caught the attention of a Texas A&M University horticulture professor, Bill Welch, on a visit to Peggy’s home in 2003, and he took some cuttings. After hearing about the rose’s survival story, he spearheaded an effort to make it more widely available.

I am not usually a climbing rose fan, but when I discovered this rose and its story, I did not hesitate to plant it at home. It now flourishes on my fence, where it blooms heavily in the spring and lightly again in the early fall. I planted it with the hope that it would thrive in my garden and it has. Clusters of small pink flowers cover my fence and make me smile.

Now available in the nursery trade, this thornless rose grows and flowers at its best in full sun. It is relatively disease free, and the foliage is semi-evergreen in my Kentucky garden. It does need some space and has easily covered 10 feet of my fence in a few years. The growth is moderating now, but I expect it will span at least 15 feet. I do prune it minimally to manage its shape, and I remove the wild long shoots that occasionally grow out.

While there are many great climbing roses, I am drawn only to this one. It has a story; it has survived conditions no plant should have survived, and every spring and fall it flowers without fail. It is a wonderful symbol of hope and perseverance—and it is simply beautiful.