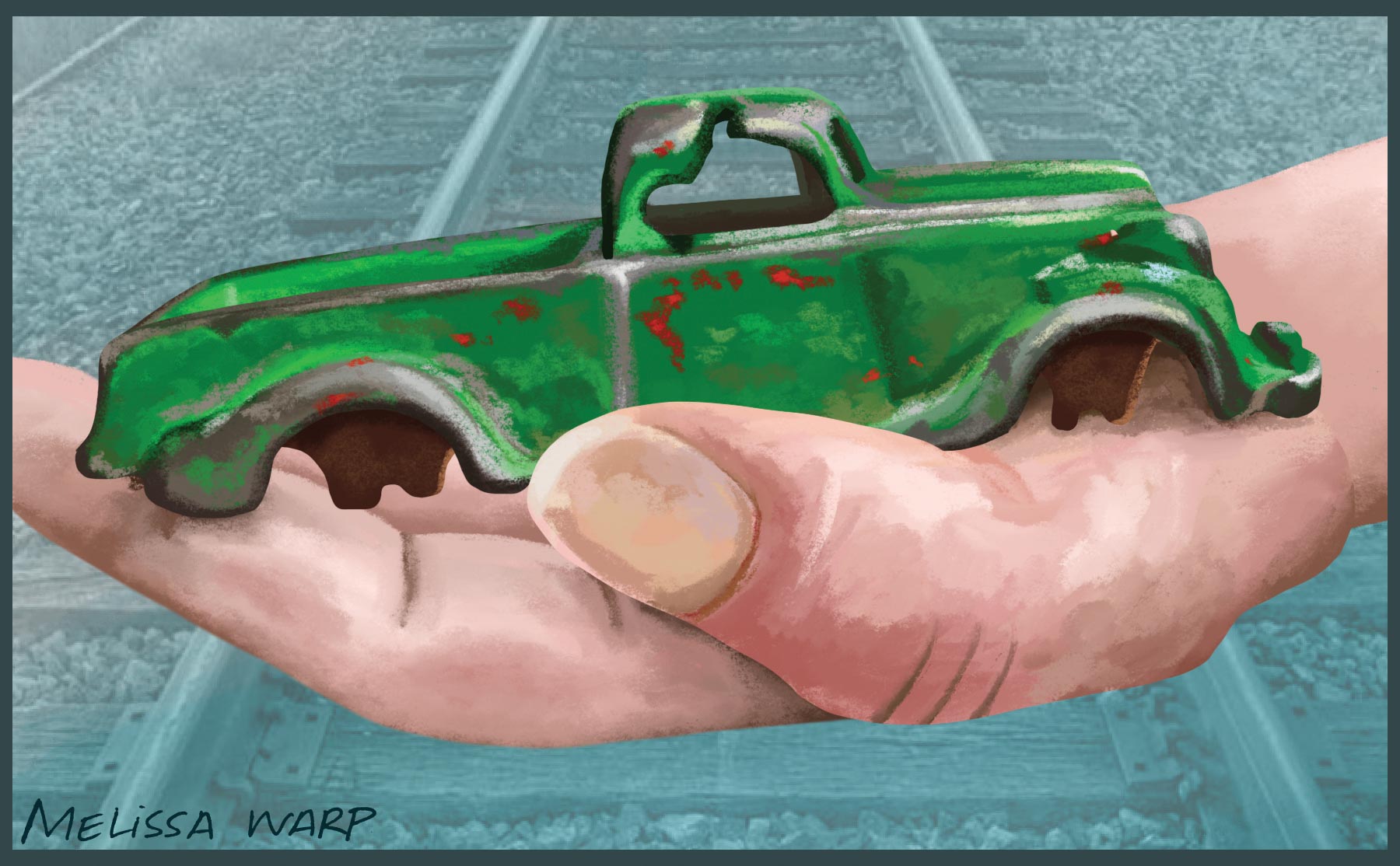 HOW MUCH CAN YOU CARRY in an antique, 3-inch-long metal pickup truck with no wheels?

A ton of memories.

Louis Singleton, 91, first told me the story of his toy truck 20 years ago, and last fall I asked him to tell me again.

He cradled the little truck in his hand as we traveled back to the early 1940s when the country was still recovering from the Great Depression and had just been drawn into World War II. Times were tough for many families.

Louis’s father worked as a section hand for the Louisville & Nashville Railroad, and Louis, his sister, two brothers and their parents lived near the L&N tracks in western Shelby County in a home that was made from two converted train cars.

Life may have been hard for some, but for Louis and his siblings it seemed a wonderful adventure.

Nearly every day they walked up the railroad tracks to a small dump site off the beaten path where they searched through the trash for toys that had been discarded by city folks.

“About all the toys we had were what we found in that dump,” he says.

Stray marbles, injured dolls and other toy misfits fell into loving hands among the children. Louis’s 10-year-old brother, Kenneth, found a perfectly good red wagon, and Louis found the small metal truck with no wheels. It was red at the time, but he later painted it green. It wore scars of a rough life, but the notch cut in the cab didn’t matter to Louis when he was guiding it along make-believe roads in the dirt where the children played.

As they walked to the dump one day, Kenneth was pulling his red wagon and the rear wheels got caught on a rail as they crossed the tracks. While working to free it, they heard a train approaching, and all got off the track except Kenneth, who stayed, determined to save the wagon.

“That old engineer was hanging way out the window hollering, ‘Get off the track little boy!’ Turn the wagon loose!’”

Kenneth ran to safety only seconds before his wagon was crushed by the locomotive. He was heartbroken—until the engineer stopped the train the next day and stepped off the engine with a brand new Radio Flyer wagon to replace the one that had been lost.

In those days the freight train crew cooked on a coal-burning stove in the caboose and often stopped to share their food with Louis’ family. The family, likewise, shared their meals with a kindly old bearded man, known as “Rail-walking John,” who traipsed along the tracks, balancing himself on a rail with a walking stick.

Many of the people and treasured moments of those bygone days are now resting in the shadows of time. But a ton of memories come tumbling from the tiny green truck with no wheels when Louis Singleton lifts it from the little box where he’s kept it all these years.