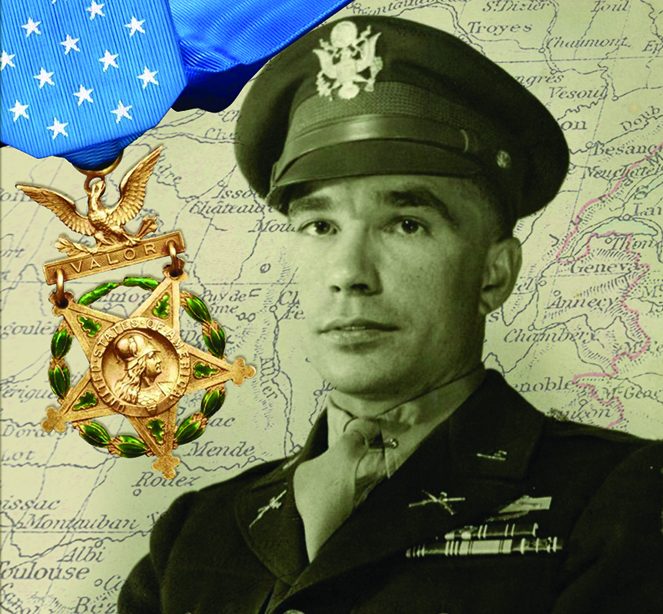 The official sounding voice of the woman on the phone asked Pauline Conner to please hold for a call “from the president of the United States.”

You could have heard a pin drop in the Clinton County farmhouse in those seconds before President Donald Trump gave Conner the news she might have thought she’d never hear, that her late husband, Lt. Garlin Murl Conner, was at long last being awarded the nation’s highest recognition for military valor—the Medal of Honor.

Pauline and the Conners’ son, Paul, other family and friends were guests at the White House in June when Pauline accepted Lt. Conner’s posthumous Medal of Honor. The discovery in military archives of three overlooked eyewitness accounts of Conner’s World War II heroism had warranted an upgrade of the Distinguished Service Cross to the Medal of Honor, placing the Kentuckian among the most decorated soldiers of the war.

Conner died in 1998 at age 79. He had avoided talking about the war after returning to farm life in Clinton County, where he served as county Farm Bureau president for 17 years while voluntarily helping many Kentucky veterans obtain benefits. Pauline, a longtime member of South Kentucky RECC, still works part-time for the Clinton County Farm Bureau.

Her husband’s remarkable story might never have been told had Richard Chilton, a Special Forces veteran from Wisconsin, not accidentally uncovered the Kentuckian’s combat records while researching his own uncle’s military history in 1996.

“I was just amazed at what I was looking at,” he remembers.

Conner, who stood 5’5″ and weighed about 120 pounds, had already been wounded in a previous battle when he slipped away from a field hospital to rejoin his Third Infantry unit on the German front in France in January 1945. In the face of a massive enemy troop and tank assault, he scrambled 400 yards unreeling telephone line in deep snow and, likely armed with a submachine gun, took cover in a one-foot deep ditch for three hours as German troops, at times, advanced to within five yards. He finally called in artillery fire on his own position to save his unit.

Chilton tried unsuccessfully, beginning in 1999, to have Conner awarded the Medal of Honor, then was joined in 2000 by Navy veteran Walton Haddix of the Clinton County Historical Society—and their quest continued until 2018!

“It had to be done,” says Haddix, a 50-year member of South Kentucky RECC. “As long as I had breath living, I was going to try to stay with it.”

Chilton, 88, and Haddix, 81, both attended the White House Medal of Honor ceremony, along with many others who were among the dozens who had helped them along the way, and to whom they would likely have devoted this page if given the choice.

But surely most would agree that these two great veterans deserve special, stand-alone salutes for their relentless, two-decade pursuit of honor in Lt. Conner’s behalf—and for reminding us all that it’s never too late to do the right thing.