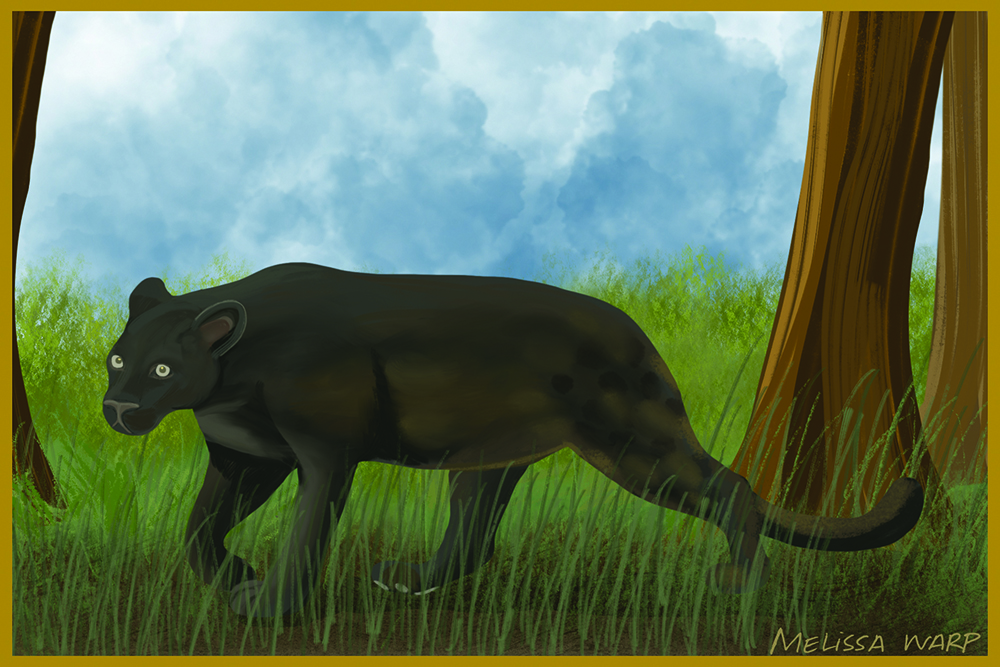 Just at dusk on a backwoods trail in McCreary County many years ago, Judith Hensley was stunned when what appeared to be a black panther bounded across the road in front of the jeep in which she was a passenger.

She’d been visiting friends at their weekend cabin on Parker’s Mountain, and was returning home with them when the large, long-tailed animal crossed their path no more than 20 feet in front of the vehicle.

“It was an incredible thing to see that big black cat that looked like something you might see in The Jungle Book,” she recalls. “We all saw it.”

The driver, Elmer Boggs, who was the county extension agent, had already told Hensley that panthers existed in the area. She remembers that he turned to her and said, “I told you.”

Hensley went on to become a teacher in her native Harlan County where she’s now a columnist for the Harlan Daily Enterprise newspaper. But even after all these years, the memory of what she’s sure was a panther sighting in the late 1970s is a continuing source of intrigue.

Her fascination with the subject was further fueled by tales about big cat sightings that she’s read and heard over the years. So many that she finally decided to gather such stories for a book on the subject—not to prove or disprove the existence of mountain lions or panthers in Kentucky, but to preserve the folklore. She posted a notice on the Facebook site, “Appalachian Americans,” asking anyone with stories of such sightings to get in touch.

“I think I got like 330 responses, and within about 48 hours I had to take the post down because I couldn’t respond to everybody who had sent a story or comment.”

Some shared tales handed down by ancestors, while others related their own sightings of tawny mountain lions or black panthers. A few asked that their stories not be printed out of concern that they might be ridiculed. Many who consented to have their stories told are included in a book of about 300 pages that Hensley released on Amazon and Kindle in late spring: Panther Tales and Woodland Encounters.

Although Kentucky was once part of the native range of the eastern cougar, the animal has long been officially believed extinct here. State wildlife officials maintain that, while mountain lions have been confirmed in Missouri and Tennessee in recent years, there is still no credible evidence of their natural presence in Kentucky. They believe that animals recently killed or captured here were brought from outside the state.

A Michigan researcher studying alleged “black panther” sightings in western Kentucky several years ago theorized that most purported panther sightings are likely black leopards that may have been raised as pets, but released into the wild when they became unmanageable.

If you have a big cat story to share with Judith Hensley, her email address is judith99@bellsouth.net

She is already at work on Volume II.