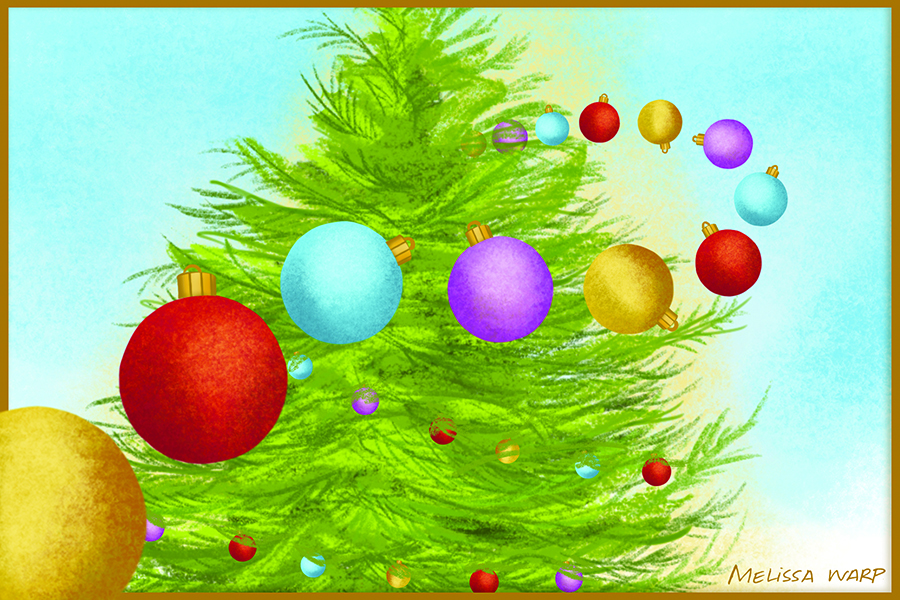 You may be ready for summer, but I’m still tying up loose ends from last Christmas and basketball season.

In December I wrote about what I called “the loneliest Christmas tree in Kentucky,” an eastern red cedar bedecked with Christmas ornaments standing all alone on a grassy strip of right-of-way beside the eastbound lanes of the Bluegrass Parkway in Nelson County. I’ve been passing the tree for several years and wondering who decorated it and why.

In April 2008, while living in Elizabethtown, he took a job in Versailles and was driving 83 miles one-way each morning and evening.

“After several months of this drive I noticed a very lonely looking evergreen sitting all by itself at mile marker 18,” Fulford says. “I couldn’t figure out why they hadn’t cut it down when they cleared the rest of the side of the road, and why it spoke to me each morning and night as I took that long, lonely drive.”

He’d read an inspirational article called The Trouble Tree (author unknown), about handling stress by figuratively hanging one’s troubles on a tree each evening and picking them up the next morning. So, when his wife handed him a box of old Christmas ornaments they found while cleaning the attic that summer, Fulford smiled and put them in his car. Then he began hanging a few on the lonesome cedar before daylight each morning.

“The tree was much smaller back then, and I could actually reach the top!”

Fulford says he hoped it would give others a smile, and perhaps great memories of Christmases gone by.

He thought the story would end there, but it didn’t. Soon, others began hanging more ornaments on the tree, and even a small string of solar lights.

“I’ve since moved away, but still get texts from friends who smile when they see the tree,” he writes. “I was always worried about getting in trouble, so I’ve never used my name—but hopefully the good law people of the state realize it was all done in the spirit of living and Christmas. Thank you again for the article.”

Joyce Davie McClaran, a member of Gibson EMC, whistled a technical foul on me for a mistake in my February column about colorful high school basketball team nicknames. The “Pilots,” she says, are from Fulton County High at Hickman, (not Fulton in Hickman County) and the nickname “Pilots” is still in use.

Janet Hammonds of Franklin County, a member of Blue Grass Energy, noticed my mention of the Great Crossing High School “Apes” of Scott County and remembered they were still called the Apes when she was a student at what later was Great Crossing Middle School. For years her brother kept a sweatshirt with an Apes image on the front.

She remembers the school fight song: “We are the Apes, the mighty, mighty Apes. Everywhere we go, people ought to know, Whoooo we are—the APES!”