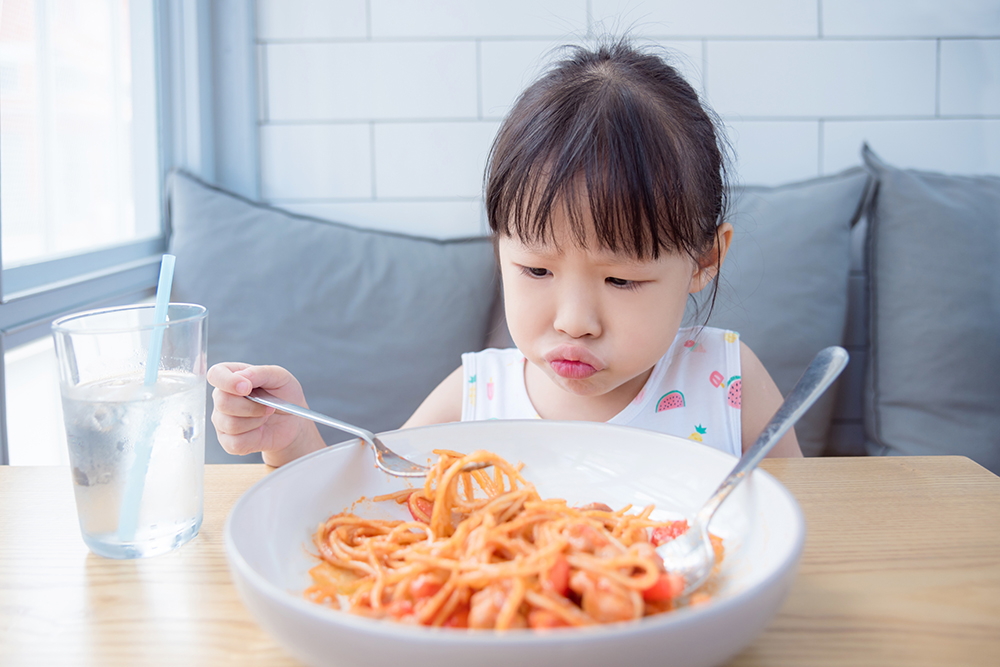 With the holidays around the corner, families are making plans to come together and celebrate the season. But for parents and caregivers, even the most joyous of family gatherings can be stressful when you’re dealing with a picky eater.

Some parents claim their kids are picky eaters, when in fact they have unrealistic expectations of how much a child should eat. Children ages 2-5 have a slower rate of growth, and therefore have a smaller appetite.

It’s normal for children to eat small amounts of food at one meal—sometimes just a few bites—and then a larger amount at a later meal or the next morning. They learn to regulate how much to eat and won’t starve themselves. If they are growing well on their growth curves, don’t worry about how much they are eating.

The best way to prevent a child from becoming a picky eater is to make mealtimes enjoyable with a variety of small portions of healthy foods. Mealtimes should be relatively short, and children should not be made to “clean their plates.” Some children will exert their independence by refusing to eat if you force them, punish them or bargain with them. The more you make them eat, the more they may begin to refuse.

Start by giving the child a variety of healthy food choices in small, tablespoon-size portions, then relax and focus on your own meal. The less focus you put on what the child eats, the better they will eat. If they say they don’t like what you have prepared, tell them that’s okay, and give them the same food options as the rest of the family, then return to your own meal. They will either eat or catch up on the next meal.

It can take a child 10-15 times of trying a new food before they realize they actually like it. Don’t be afraid to try new foods, but don’t get frustrated if they reject it. The best way to get children to try new foods is to eat them yourself, and give them lots of praise and encouragement for even the smallest bite.

Dr. Rhya Strifling is an associate professor in the University of Kentucky Department of Pediatrics and is director of General Pediatrics Teaching Clinic.