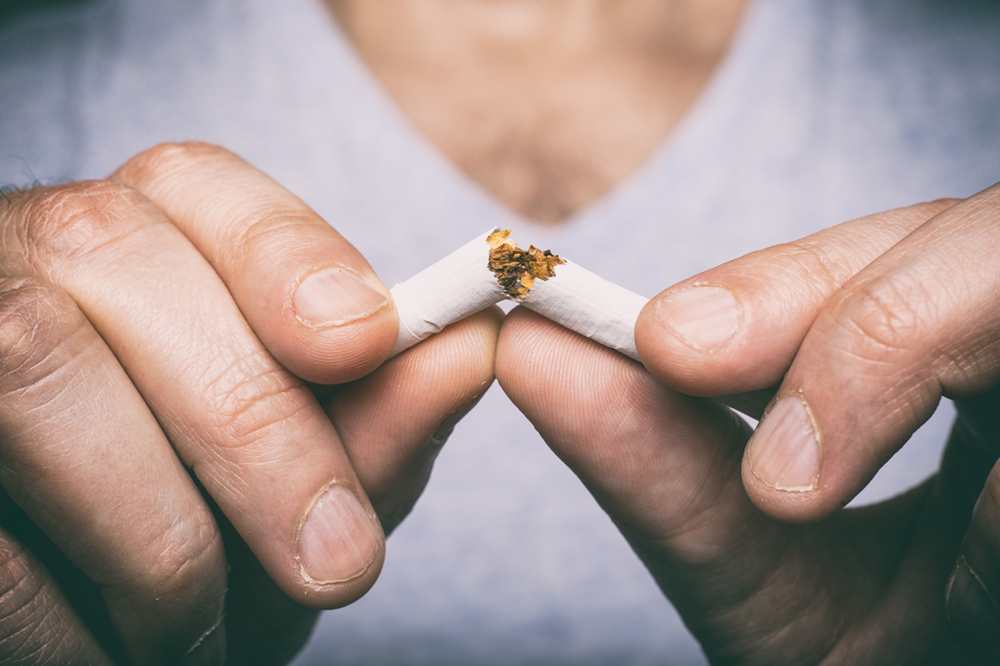 Tobacco smoking harms nearly every organ in the body, according to the Centers for Disease Control and Prevention.

To complicate matters further, research has shown that nicotine addiction is extremely powerful, which makes quitting smoking tremendously difficult. This is a growing concern for our region since Kentucky currently ranks second in the United States for prevalence rates for smoking. (Visit Quit Now Kentucky).

Long-term voice problems are a lesser known, but common issue that results from cigarette smoking. The voice box or larynx is directly affected by smoking since smoke passes through the vocal folds (cords) when inhaled.

The effects of hot, inhaled smoke on the vocal folds can range from mild swelling to more dangerous consequences such as laryngeal cancer, which can lead to death if not treated in time.

Habitual and long-term smoking results in severe swelling of the vocal folds due to fluid buildup in the vocal fold tissues. This condition, known as Reinke’s edema, can vary from mild to severe swelling that results in a deep, raspy voice that is generally associated with smokers. Severe vocal fold swelling as a result of smoking, known as polypoid degeneration, is often serious and requires immediate attention as it can cause shortness of breath.

The treatment for vocal fold swelling varies and is dependent on the severity of the breathing problem. Sometimes surgical management performed by an ear, nose and throat (ENT) doctor is necessary. This involves removing fluid from the vocal folds to reduce swelling and restore breathing function. For any degree of swelling, smoking cessation is strongly recommended.

Ultimately, the best treatment is always prevention. Cigarette smoke is known to contain more than one thousand cancer-causing chemicals known as carcinogens, and use of tobacco products is strongly linked to the development of many different cancers. In addition to cancer, use of tobacco is closely related to the development of heart disease, COPD, stroke, and other chronic health conditions. If you don’t smoke, don’t start. If you do smoke, stop.

VRUSHALI ANGADI is assistant professor for the Division of Communication Sciences and Disorders and a speech-language pathologist at the University of Kentucky Voice and Swallow Clinic.