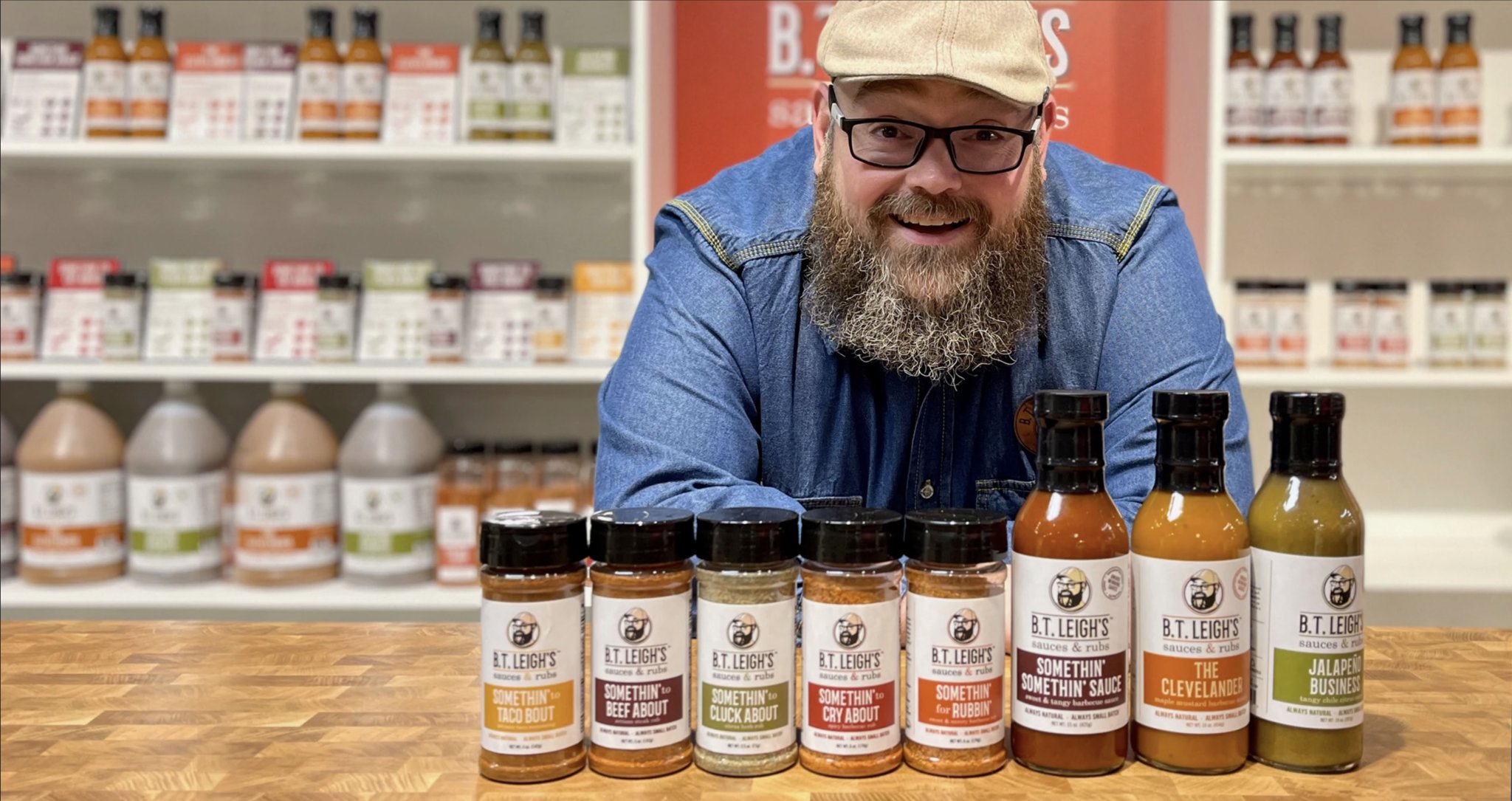 Brian Leigh of Bowling Green is one of ten cooks from across the country facing off on "The Great American Recipe".

Brian Leigh of Bowling Green is one of ten cooks from across the country facing off on The Great American Recipe, an uplifting cooking showdown celebrating the multiculturalism and diversity of flavors that have come to define American cuisine.

The eight-part cooking series, hosted by Alejandra Ramos, gives talented home cooks from different regions of the country the opportunity to showcase their beloved signature dishes and compete to win the national search for “The Great American Recipe.” Judges Leah Cohen, Tiffany Derry and Graham Elliot bring their professional insights and deep culinary knowledge to encourage and support the contestants along the way.

Leigh, the founder of B.T. Leigh’s Sauces & Rubs, hails from an Ohio farming family that exposed him at an early age to spit-roasts and BBQ as well as more traditional German and Hungarian fare. His cooking career first took shape when he was still working in the IT industry: He shared a brisket he had made (and thought he had ruined) with his co-workers, who so enjoyed his handiwork that they began paying him to continue bringing smoked meats and sauces to the office.

Though his seasonings now enjoy nationwide distribution, for The Great American Recipe competition, Leigh said he’s got a lot more up his chef’s sleeve than his BBQ prowess might suggest.

“When I moved to Kentucky, I realized I had to step-up my biscuit game, which we didn’t see much of in Ohio,” Leigh said. “And pimento cheese as well. I’ve always loved learning about food from different regions and seeing how those recipes can evolve, borrowing flavors from Caribbean or French traditions and pulling them in to make something new.”

Leigh likened his experience on The Great American Recipe to being back in a commercial kitchen in the middle of a rush.

“It was certainly stressful, but also so much fun,” Leigh said. “I’ve made great, lifelong friends from the show, and we’d compare notes each night over dinner. It was such an invigorating experience just enjoying and learning from their breadth of culinary knowledge.”