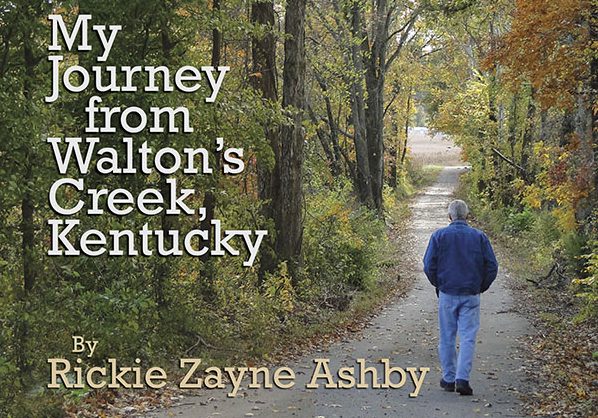 Over the last century, life has changed dramatically as inventions and technologies have streamlined daily chores, making obsolete some of the old ways and methods that previous generations employed. Many of the older folks would argue that easier is not necessarily better while the younger folks could not imagine life without electronics. Bowling Green author Rickie Zayne Ashby shares tales of simpler times in his memoir, At the End of the Road: My Journey from Walton’s Creek, Kentucky, (Acclaim Press, $26.95).

Ashby spent the first 10 years of his life on a rural western Kentucky farm just outside Hartford. “Those early years were some of the best of my life,” Ashby remembers. “We were poor folks, but the quality of life was one that money could not purchase. The little farm provided most of what we ate, and that included chickens, pheasants, quail, and more fruits and vegetables than I can count.” In fact, his hankering many years later to enjoy again some of the down-home cooking of his youth led to a humorous encounter with a neighbor over the edibility of poke.

Though Ashby has an abundance of fond farm memories, he also realizes that some things are better left in the past. “The good old days were both good and bad. The delight of eating fresh food from one’s own garden or chicken house or hog pen was one of the good, but plopping down on a cold outdoor toilet seat in zero weather was not.” He goes on to recount a time when an errantly placed foot atop his family’s “two-holer” sent him plunging into quite the predicament.

Those born after the baby boomer generation will also learn much and get a good chuckle about the dangers of coal-fired stoves, the importance of a good water bucket, the proper way to hang clothes on a line and even a bit about a “talking toxic reptile.”

Regardless of age, Ashby’s poetic look back to the past, told in 16 short chapters, will leave readers wishing for a simpler time when stories like his were told from a rocking chair on a front porch, perhaps while preparing a mess of poke.