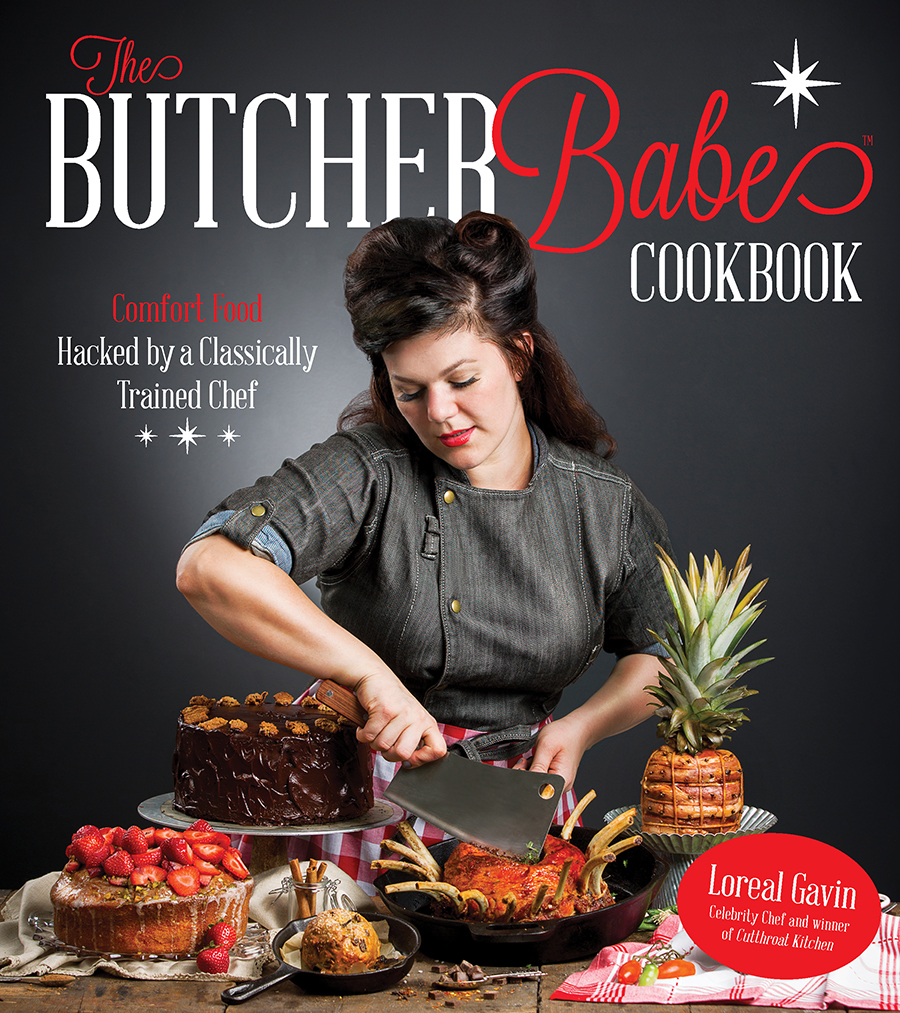 Is it possible to merge gourmet cooking with down-home comfort food? Celebrity chef and winner of Food Network’s Cutthroat Kitchen Loreal Gavin would answer absolutely yes, and she proves it in The Butcher Babe Cookbook: Comfort Food Hacked by a Classically Trained Chef, (Page Street Publishing, $22.99).

Gavin grew up watching, and eventually helping, her grandmother cook. Simple tasks like helping to stir gradually grew into bigger lessons such as making completely new meals from leftovers or learning to cook a steak. Gavin learned about food outside the kitchen, as well, saying her childhood memories revolve around the garden and all the hard work that comes with raising vegetables. By the time she was 15, she had her first restaurant job, and though it was only washing dishes, the call to a career as a chef had already planted itself in her heart. “…The chef life completely swept me off my feet. Cooking was my first love, and let me tell you, I fell fast and hard,” Gavin claims.

Years and several jobs later, Gavin made a gutsy move to California and tried out for a Food Network show, certain it would lead to nothing. How wrong she was! After appearing on the Next Food Network Star where she earned the Butcher Babe moniker, a nickname which pays homage to her time spent working in a butcher shop, she was selected to compete on Cutthroat Kitchen and took home the win.

Gavin’s collection of recipes focuses on meats, sides and desserts with the distinct influence of bourbon throughout them all. Her southern roots show as she teaches her readers to make staples such as buttermilk biscuits, grit cakes, and fried green tomatoes. Her sense of adventure also shines through in recipes such as Filet with Bourbon Blue Cheese Sauce, showcasing her classical training and melding of flavors. The book includes numerous shopping tips as well as personal quips and stories.

Gavin currently resides in Louisville where she studied culinary arts at Sullivan University. In addition to cooking, Gavin is developing her own line of hospitality industry-inspired textiles.