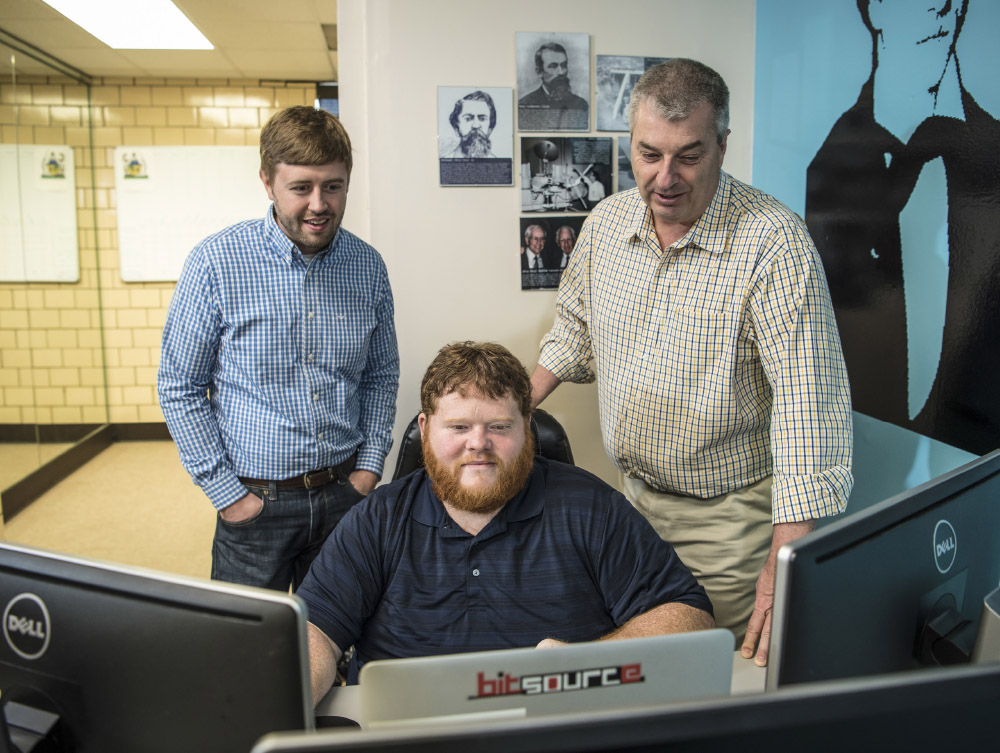 He soon found himself in Lexington on a fact-finding mission, talking with a business owner about computer coding.

“Coding had a potential earning equivalent of coal mining,” Justice says he discovered. Further, coding was a skill that could be learned, like a trade.

He didn’t know it then, but Justice would soon take the leap from coal to code himself as he and his longtime partner, Lynn Parrish, started a new company called BitSource.

The partners advertised for people to fill 10 jobs. They received 950 applications.

To narrow the field of mostly out-of-work coal miners, they decided to test the applicants on their aptitude for computer coding. They then trained the new employees for 22 weeks before going “live,” open for business in the computer world.

“We have been writing code ever since,” Justice says. “We have worked for Silicon Valley companies, San Francisco companies, worked across the nation. We have continued to learn and grow our skill set. Now we are a fundamentally sound company.”

Justice says the region is ripe for the growth of technology jobs.

“Mining is technologically advanced,” he says. “Most people don’t understand that, but our workforce is intuitive, and they also understand working collaboratively. With Kentucky Wired, we won’t be geographically bound. We can develop and sell code as cheap as anyone else.

“Appalachian people like it here, and don’t want to leave. Technology can enable us to do that.”

That might mean that any rural area could succeed with technology, but Justice says eastern Kentucky has an advantage.

“I have been able to travel to other rural areas around the region,” Justice says.  “SOAR is the advantage we have over all these regions. We don’t have all the solutions to our persistent, recurring problems, but we have all collectively agreed on our problems. We are focusing on seven areas. SOAR is not a program. SOAR is a frame of mind, a regional collaborative.”