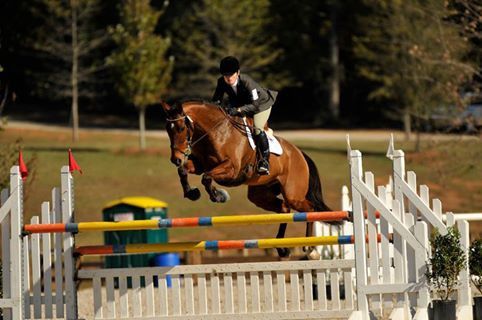 [soliloquy id=”4505″]Lost and Found
The Creature Comforts column is, of course, about animal rescue. But once in a while an animal comes along whose story just steals my heart. So this isn’t exactly a rescue story, but it is about a horse whose story could easily have ended in tragedy. Instead, he became a king.

Some 17 years ago, my father and I decided to breed our Thoroughbred, Fast Beat, granddaughter of Alydar; she’d had a decent career on the track with 37 starts. We bred her to Bar, sired by Private Account.

I was hoping for a fancy name for him using his sire’s and dam’s bloodlines, but Dad said, “He’s a simple backyard horse, and he needs a name to reflect that. We’ll call him Lewis.”

I was a bit deflated, but still excited. Lewis would be the first foal I would raise by myself. For all my years of riding, I’d yet to raise a foal, and knew it would be fun.

And mostly it was. He learned to be handled, and to be led from the field to the barn. Beat was an excellent mother, and the first several months went great.

Then Lewis got a little older. He discovered his independence and assertiveness. He kicked if I was late in feeding him, balked at being led into the barn (great fun when it’s storming, NOT), and in general acted like a bad little boy.

But it was a good learning experience for me, and when we put him in training, his manners had improved.

His training went well in the beginning: he seemed to show some promise. But when it came to actual racing, he just didn’t have it in him. The trainer said he’d tried “every trick I know,” but it wasn’t enough. As my dad said, “He just doesn’t have a competitive nature, no urge to win. He’s just as happy coming in seventh as first.” Lewis was retired after only five starts.

And things just went downhill from there.

Lewis was sold to a woman who wanted a jumper. Lewis didn’t like that any better, and when his owner got tired of being thrown, he was sold again.

I lost track of him after that. I didn’t really want to know, to be truthful: with Lewis’ bad attitude, I figured he ended up “on the truck,” as we say. I tried very hard over the years not to think about him.

And then something amazing happened.

I got a Facebook message from a lady in Lexington. Jenn O’Neill, 34, is a barn manager and trainer at Antebellum Farm, teaching dressage and eventing. She was looking at a Thoroughbred Registry looking for a horse for a client, when she came across my name. Her message brought me to tears:

“I wanted to let you know I have had Lewis since he was 5 (he’s now 16), and he has been nothing short of amazing in his second career as an event horse. I absolutely love him!”

I couldn’t believe it: Lewis had been down the road in Lexington all this time, alive and well. And having a marvelous career: he and Jenn clicked from the first, and had moved up the eventing ranks from Novice Level to Training, to Preliminary, then Intermediate, and now at Advanced Level.

We’re talking Olympic level eventing, to put it in perspective. When I picked my jaw up from the floor, I quickly made arrangements to come see him.

I was awestruck when I walked up to his stall: he was always a looker, with his near-perfection conformation and beautiful bay coloring. But now he was simply magnificent. And he was sweet and friendly, readily coming over to check out his visitor.

But the best was yet to come. Jenn tacked him up and gave me a demonstration of all he could do under saddle. I was first treated to a dressage workout, where Jenn had him do advanced movements such as the half pass, flying changes, and extended trot. If you’re not familiar with dressage, it’s often described as horse ballet, and a ballet was certainly what I was seeing.

Then came the jumping. Oh, how Lewis flew around the course! He ate up every 4-foot fence Jenn rode him to, and asked for more.

After being rubbed down and ice wraps put on Lewis’ legs, Jenn put him in his stall and talked about her years with him.

“This is the horse that made me. With him, I’ve gotten to ride at the upper levels for the first time, and been able to learn with some great trainers.”

The bond between Jenn and Lewis is apparent. Jenn spoke of that bond in an article in Eventing Nation, where she said, “He is my horse of a lifetime. The bond I have made with him makes him stand out against the rest.”

The funny part is, Jenn had no intentions of going this far with Lewis: he was supposed to be a re-sale project. After training him for three months, she was offered $40,000 for him…and she turned it down.

“What a return that would have been on a $1,500 investment!” Jenn laughs. “But his personality and raw talent won me over. With Lewis, I thought more with my heart than my head.”

Lewis is no longer a “backyard horse.” Jenn has shown him around the country at well-known, sanctioned 3-day events. Not that it was always easy. Jenn’s had her share of falls, including at Lewis’ first outing, but says those falls were mostly her fault.

“We’re like an old married couple now, but it was hard in the beginning. At one point I felt I was struggling—financially, and I’d had a bad show season. I put way too much pressure on myself to succeed, and that wasn’t fair to Lewis. But I loved him too much and persevered. I decided he didn’t owe me anything, and he deserved the fun.”

The fun certainly shows on Jenn’s face when she talks about her loved horse. He shows under the name That’ll Do, and he’s truly lived up to that name.

He’s also still the baby I remember from years ago. He’s considered quite the ham at Antebellum, demanding attention, posing for pictures. There’s a reason he’s known as the King of Antebellum.

But the King is also 16, and Jenn knows his time at the upper levels is growing short. Lewis is now such a steady horse, some of Jenn’s students are learning eventing on him. One student is Saige Baker, who calls herself “Lewis’ slave.”

“Lewis has shown me the ropes,” she says. “I was able to do a Training Level show for the first time on him.”

From being a failure to becoming a superstar, the horse Jenn says “literally changed my life,” the future looks bright for the horse often called Super Lew. Jenn will continue to campaign him for now, and gradually move him on to her students. And she already has a retirement home reserved for him when the time comes.

That’s what comes from thinking more with your heart than your mind. Yeah, That’ll Do.