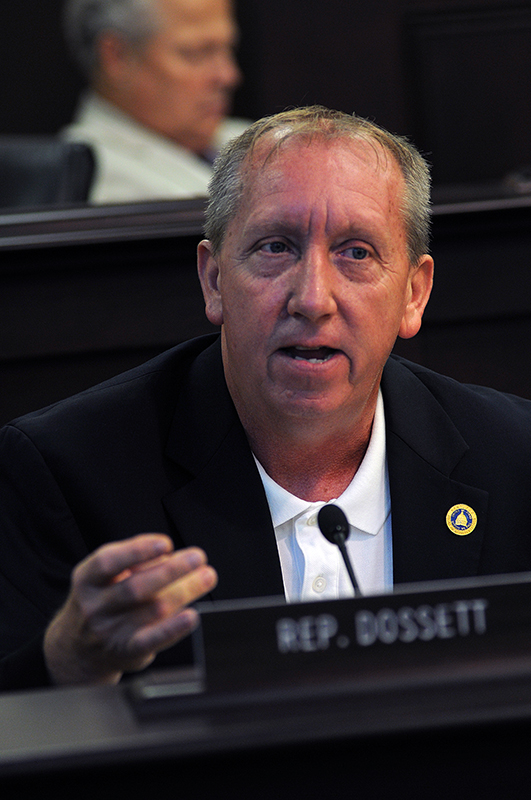 “I’m not willing to risk my grandchildren’s health to save my pension,” Kentucky State Police Commissioner Richard W. Sanders said yesterday while testifying before the Interim Joint Committee on Veterans, Military Affairs and Public Protection. “I don’t think that is the right way to go with this thing.”

Sanders is a 40-year law enforcement veteran with 21 years vested in the state’s hazardous duty pension.

He added that 10 to 15 percent of people who use marijuana develop addiction issues.

“We are getting led down another path so some folks with a lot better suits than I have can make a lot of money,” Ingram said. “We certainly got enough addiction issues in this state without bringing more to the table.”

“That’s a lot of money,” Shemelya said. “There is no disputing that.”

But he argued that the bulk of the revenue was being spent on regulating the industry and on harm reduction.

MMI is an arm of the High Intensity Drug Trafficking Area (HIDTA) program administered by the Office of National Drug Control Policy.

Shemelya said the potency levels of marijuana have reached “astronomical levels” since Colorado legalized it. He said the science of what those high potency rates are doing to adolescent brains isn’t in.

A Rocky Mountain HIDTA report found, however, that Colorado youth now rank No. 1 in the nation for past month marijuana use, up from fourth place in 2011-’12 and 14th place in 2005-’06, according to the report.

SAM is a group founded by former U.S. Rep. Patrick Kennedy and former President George W. Bush speechwriter Kevin Sabet, and its primary focus is on educating the public about the harms of marijuana legalization, according to its website.

Rep. Rob Rothenburger, R-Shelbyville, asked how legalized marijuana affected Colorado’s economic growth. The panelists testified that they only had anecdotal evidence that employers were having a hard time finding workers who could pass drug screenings.

Rep. Myron Dossett, R-Pembroke, asked the panelists if workers compensation claims had increased in Colorado but they panelists said they didn’t know those figures.