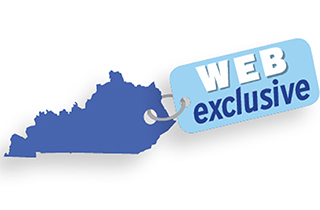 “Historically, pie socials were a way for young people to meet,” says George Easterling of Oldtown Fire Department in Greenup County. “All of the young women in a community would bake their best goods and then the young men would bid on them, and the ones that won would get to eat the pie with the girl who baked it.”

Easterling has been with the Oldtown Fire Department from the beginning when it was founded in 1983. The community that the rural fire department serves came together before the first station house was erected; and the Ladies Auxiliary, comprised of the wives, mothers, and sisters of the firefighters, has proven to be a key system of support throughout the years. Also, typical of rural life where everyone shares in the work and rewards, Oldtown has boasted numerous female auxiliary members who were also firefighters throughout its more than 30-year history as well.

Rural fire departments typically serve as a hub of activity in the community. Most fire stations’ meeting halls double as community buildings, which local residents are encouraged to rent for a nominal fee to hold various events such as birthday parties, club meetings, and even wedding receptions. Any fees charged are usually no more than what would be necessary to cover cleaning supplies or basic upkeep. Events that are held by the auxiliary are a different story, however; there are no fees, but residents go above and beyond to spend as much money as possible.

According to Auxiliary President Ruby Dickison, the pie socials and turkey dinners are only part of what the auxiliary does. There are numerous other fund-raisers throughout the year, such as trap shoots and other luncheons and dinners. The auxiliary’s efforts support not only the fire department, but the community as a whole. “If someone in the community passes away then we have a dinner for the family,” Dickison says. “During times of community emergency, such as flooding or disasters such as the bad ice storm several years back, then we try to help any way that we are able.”

But the pie social is truly an event, Dickison says. “Everyone in the community bakes their best cakes and pies,” she says. “And then everyone tries to outbid each other to get the best ones.” Candy, Dickison says, isn’t left out either. Homemade candy, cookies, and every baked good imaginable are available to be auctioned off at the pie social. “A pan of Bessie’s (Bessie Felty, the vice president) candy will easily go for over $100.”

“It’s the support of the community that makes that happen,” Dickison says. “They have fun and bid against each other, and a lot of times they really don’t care how much they spend because they know it’s all going right back into the community.”

Groups and organizations like the Oldtown Auxiliary are more than necessary to the communities of which they are a part. Their support of the fire departments with which they are associated is vital in providing financing to purchase needed equipment and even improvements and additions to the station houses themselves. “The floor we are standing on (of the meeting hall) was paid for by the Auxiliary,” Easterling says. “All of this used to be gravel, and they paid for the concrete.”

Easterling’s (and the entire department’s) appreciation for the club and the community is justified. The efforts of the group helped to finish the meeting hall itself and more other things, he says. It is a good example of how rural communities work together, Easterling says.

The pie social is held each spring in April (this year it is April 12), though the actual date fluctuates somewhat. “It’s a happy event,” Dickison says. “Winter is over and all the farmers get together and discuss the crops they are going to plant for the coming year. And they bid on pies, cakes, and candy—it’s like a contest, because they see how high they can drive the price up,” Dickison laughs.

The Auxiliary plans to continue the yearly events that have been going on for more than 30 years to benefit the fire department and the community at large. And by all indications the community looks forward to the gatherings that have become a welcome tradition of help and support.

America as a country has often been associated with wholesome things such as apple pie; but in communities like Oldtown, the hands and hearts that make the pies are truly what make the communities what they are.

Read the Kentucky Living March 2014 feature that goes along with this supplement, More than Firemen.