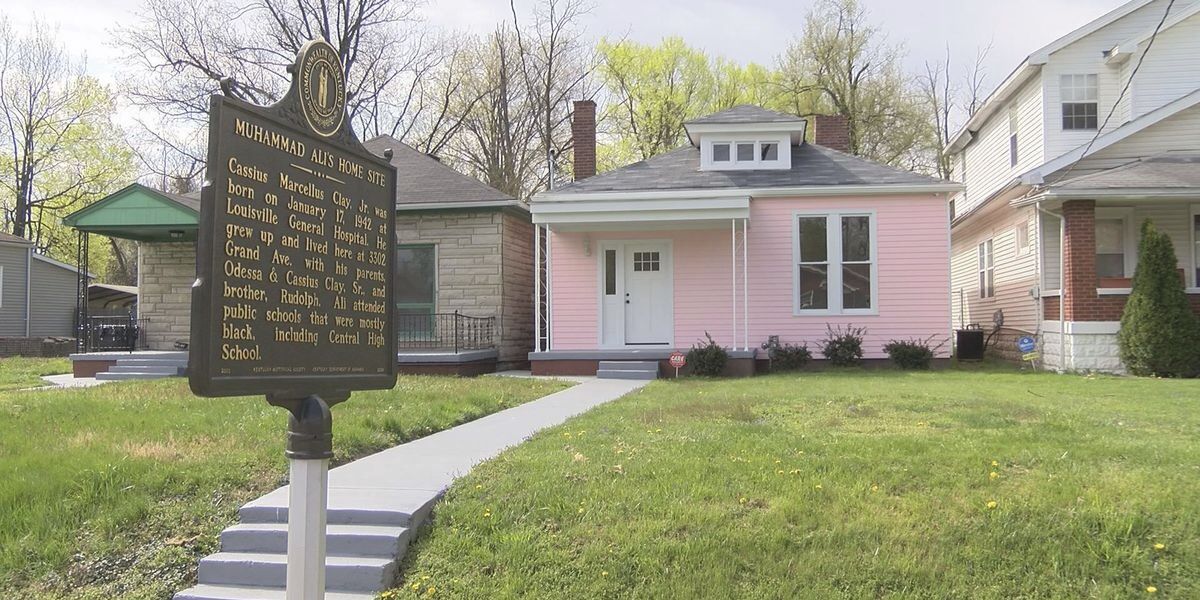 LOUISVILLE, Ky – The Muhammad Ali Childhood Home Museum has launched its fundraising campaign, the Restoration Campaign, with the goal of raising the first of $5.8 million total needed by the end of February 2021 for renovations and community initiatives in preparation for the fall 2021 grand opening. The museum located at 3302 Grand Ave, Louisville, KY is dedicated to the preservation of Ali’s legacy as a cultural leader, civil rights advocate, humanitarian, and world-class boxer.

Cassius Clay Jr. (Ali’s given name) was five years old when his strong-willed, loving parents purchased the home. For 15 years, he, his brother and parents resided in the modest west-end, colored-community home. This humble home is where Ali grew up, and where he first dreamt of being a boxer. By reaching $1 million in donations and restoring the home, The Museum will serve as a beacon of hope and remind visitors greatness can begin anywhere.

Funds raised by the end of February, Black History Month, will be used for the restoration of the 1960s Clay family home, and to build a welcome center for The Museum. With the ultimate goal of raising $5.8 million, donations will also go toward expanding The Museum footprint, improving the grounds, creating community programs as well as an endowment. With a commitment to the community, sponsorships and scholarships dedicated specifically to the youth of the Louisville community will also be a priority of the organization and Restoration Campaign.

“When we came upon the opportunity to acquire the childhood home of Cassius Clay Jr., George Bochetto and I were ecstatic to begin a non-profit museum for all Ali fans,” said Jared Weiss, Founder & CEO, and long-time Ali fan. “Muhammad Ali ‘shook up the world’ and we are better because of it. Restoring his home is an honor to him and a reminder to us to fight for the world we want, no matter who we are or where we are fighting from.”

The Restoration Campaign is looking for donations ranging from one-time micro donations, to reoccurring monthly gifts starting as low as $5, to higher funding levels, like the $500 Welterweight donation level and $2.5 million G.O.A.T level. Donors are encouraged to donate now and be part of the legacy by receiving commemorative plaques, owning a small piece of the home itself, contributing video tributes, funding scholarships or providing naming rights to the welcome center, depending on the donation amount. More details regarding donation levels can be found online at www.alichildhoodmuseum.com/donate.

“To know that others can step into the room we grew up in, or the backyard he played in, and the back room he and I shadow boxed in is incredible. It’s like stepping back in time,” says Ali’s brother Rahman Ali. “This museum, my childhood home, is meant to inspire all of us to reach what my brother Muhammad fought so hard for – opportunity for all. I’m confident we can hit the first million in record time and kick off this very important project!”

Long before he was known as Louisville’s own gold medal Olympic champion, or by millions as the Greatest of All Time – admired and recognized for his racial pride – Ali was a tough kid who grew up to be an outstanding man sharing a message of love, faith, unity, and honor. The goal of The Muhammad Ali Childhood Home Museum is for guests to relive Ali’s triumphs and struggles while touring the 1,200 square-foot, two-bedroom childhood home while continuing to support the community that supported Ali.

“It is one thing to read about Muhammad Ali and another for visitors to stand in the bedroom where Ali dreamt of greatness. He was a positive force who brought people together and we hope to bring people together with this project,” said Khalilah Camacho-Ali, former wife of Ali.

When The Museum is complete, it will open for tours Thursday – Sunday and feature videos of Ali. General admission will be $8. For more information on this project and to donate, please visit www.alichildhoodmuseum.com.