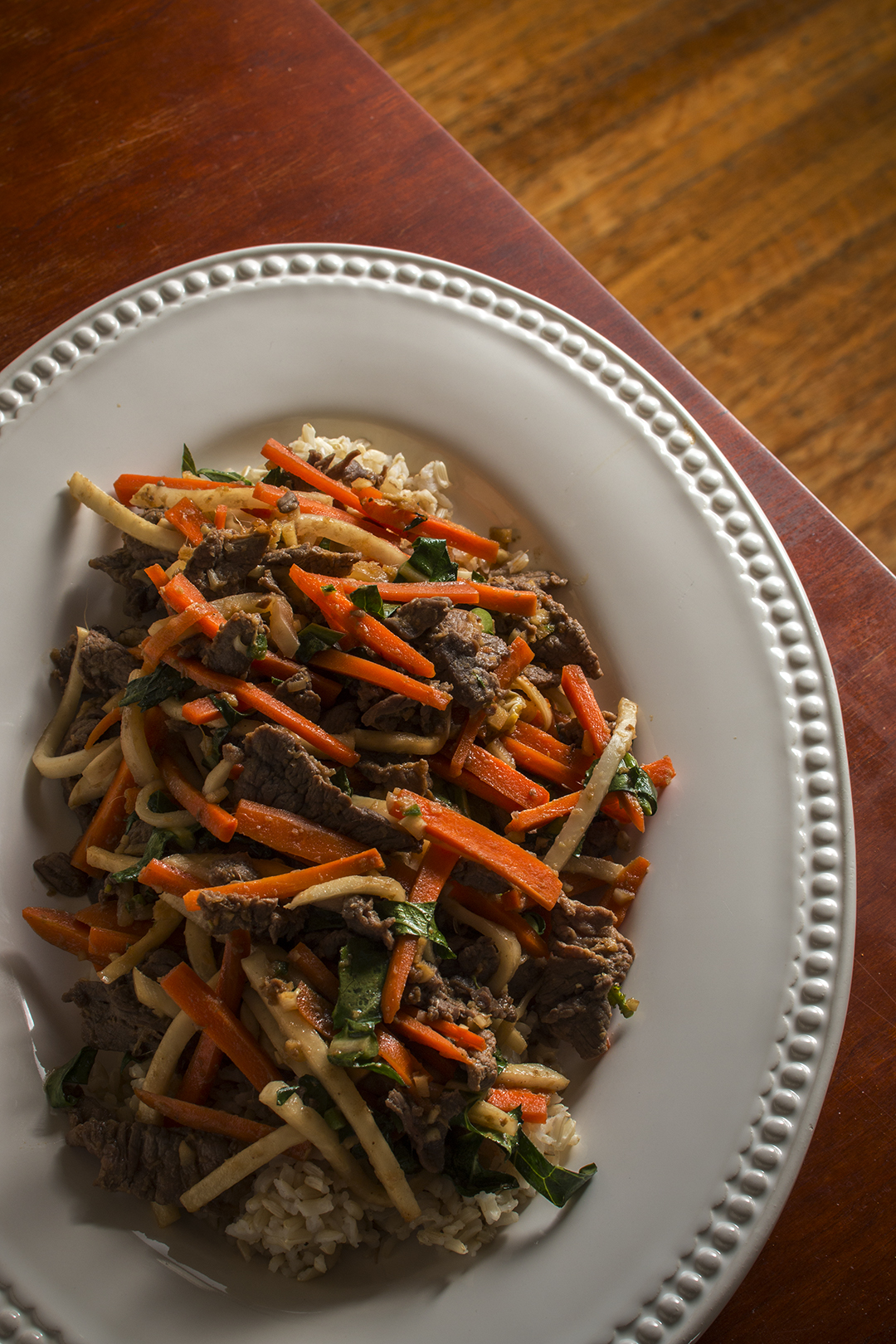 In February, “things we hadn’t yanked were coming back,” says Cathy, pictured below, and the carrots tasted sweeter than anything she could recall.

After that, the tiny 10th-of-an-acre Pikeville garden would yield nearly a ton of greens and roots annually through four winters, snug under low tunnel coverings, through at least two polar vortices. Now the Rehmeyers have moved to Banner in Floyd County, to more acreage for more vegetables.
But Cathy, who released her online book Growing Under Cover in early 2017, started as a family gardener, and still cooks from her seasonal production.
“We eat a lot of salad year-round,” she says. “We eat a lot of curry; we eat a lot of stir-fry,” all dishes that require a basic technique and whose ingredients can change with the season.
“Whatever we’ve got out there, we’re going to toss it in and it’s going to be awesome,” says Cathy.
Seasonal Stir Fry
Frittata with Spring Greens
Share This