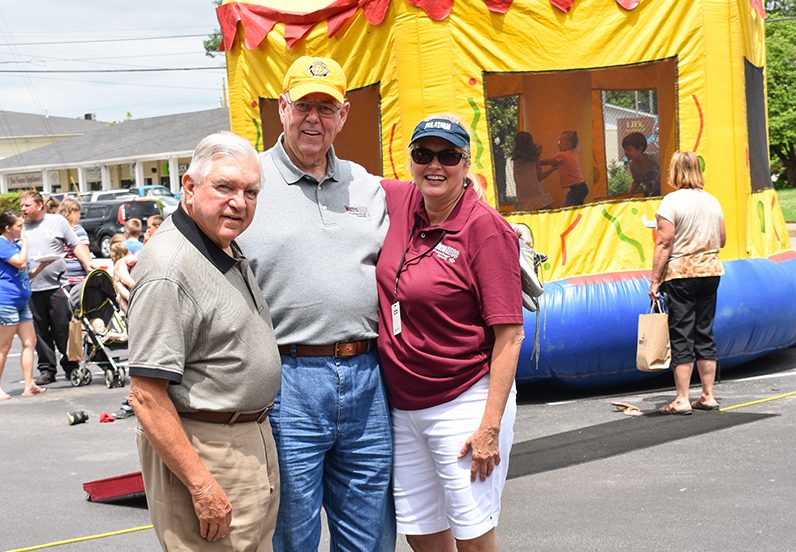 Thankful for the opportunity to serve

Concern for community is one of seven principles that Kentucky’s electric cooperatives adhere to. If you want to know what that really means, look at the life of N.E. Reed, a board director for Warren RECC.

For 21 years, N.E. was judge-executive of Edmonson County. Working with others, N.E. was able to build a library, senior center, courthouse annex and technology center at no cost to the county. He led the charge to create an industrial park and attracted three factories that hired 130 people. At the end of his tenure, the county budget was in the black with a financial reserve.

For 40 years, he also served Oak Grove United Baptist Church as song leader. He taught Sunday School, was a deacon and is still a clerk for the church.

“I’m most proud of the people here in our county willing to help,” says N.E. “When we put our heads together we come up with great things for the county. I appreciate the opportunity they gave me to serve.”

The cure for what ails you

If you ever get down on your fellow man, John Mastin has the solution: volunteer.

Mastin, a dispatcher for Nolin RECC, has volunteered for an array of causes, including serving as a Sunday School teacher for Eastwood Creek Baptist Church. Today he is a bell ringer for the Salvation Army and a flag stander for the Patriot Guard Riders of Kentucky.

“As a bell ringer, it blesses my heart to see people give although they may not have as much as others,” John says.

Flag standers honor veterans and first responders by standing in a flag line and rendering a final salute as the funeral procession passes. John knows what these men and women have given, since he was in the military from 1974-77.

“In my past 37 years at the cooperative, the co-op has always led by example and encouraged us to volunteer,” John says.