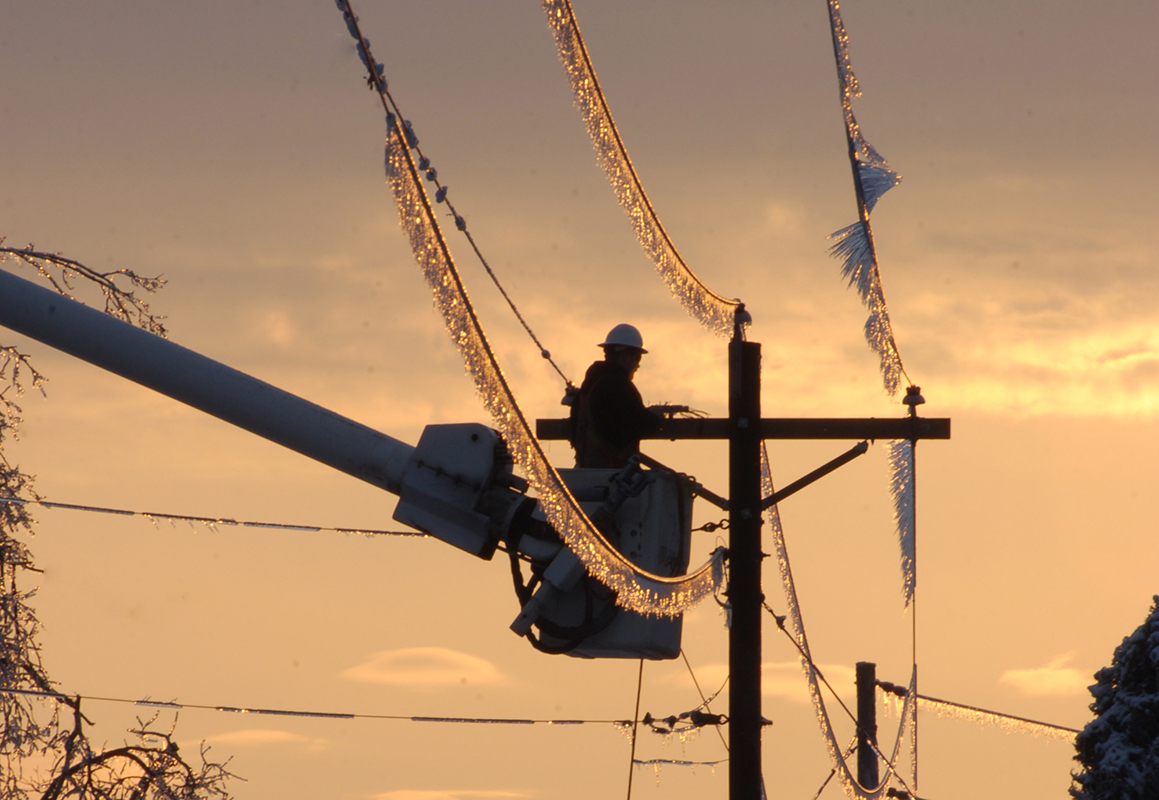 Walk into any sporting goods and you will be faced with several types of water repellents that can be applied to boots, tents, and other gear to keep it dry. What if you could apply a similar substance to power lines that would prevent them from accumulating ice and falling down? This technology could be here sooner than you think.

Traditionally, chemists have referred to water-repelling molecules as “hydrophobic.” A new generation of materials that repel water especially well has been dubbed “superhydrophobic.” Three different research groups in North America are investigating the development of superhydrophobic materials, and their work holds great promise for utilities that lose millions of dollars in damage caused by ice or (in coastal areas) seawater.

Then-Governor Steve Beshear proclaimed Kentucky’s 2009 ice storm “the biggest natural disaster that this state has ever experienced in modern history.” It knocked out electricity to more than 769,000 people. Power restoration efforts took weeks and cost an estimated $250 million. Total damage estimates surpassed $600 million. The storm was blamed for the deaths of 36 people.

Researchers of superhydrophobic coatings envision applications to power lines, insulators, and equipment, including high-tension power lines and pylons. Other applications may include conductors and exposed electrical equipment at substations. The coating could also be applied to other power grid surfaces and structures where ice accumulation due to normal or super-cooled water contact with subfreezing surfaces occurs. The invention could even prove beneficial for renewable energy applications, such as wind turbines and solar pane

“As described, a water-repelling coating could be industry-changing and help to prevent major loss,” says Ken Stock, vice president of Operations at Kenergy Corp., a Kentucky co-op that sustained $30 million in losses from the 2009 ice storm. “As long as the new coating was economical and easy to apply, the savings of that event and future events could be industry-changing in terms of reliability and storm costs.”

“It would be great if it works and is cost-effective,” adds Ricky Caudill, Jackson Energy Cooperative’s  manager of Engineering Services, who researched a water-resistant product after being approached by a company marketing it. “We would not have ice build up in an ice storm. But a bigger problem for us would be the trees that would be coated with ice falling into our power lines. That also contributed to our decision not to pay to have any of our lines treated.”

Through the National Rural Electric Cooperative Association (NRECA), electric cooperatives have funded the testing of a superhydrophobic coating in cooperation with the National Electric Energy Testing, Research & Applications Center (NEETRAC) at Georgia Tech. NRECA and electric co-ops are actively involved in other trials to further the development of these materials.