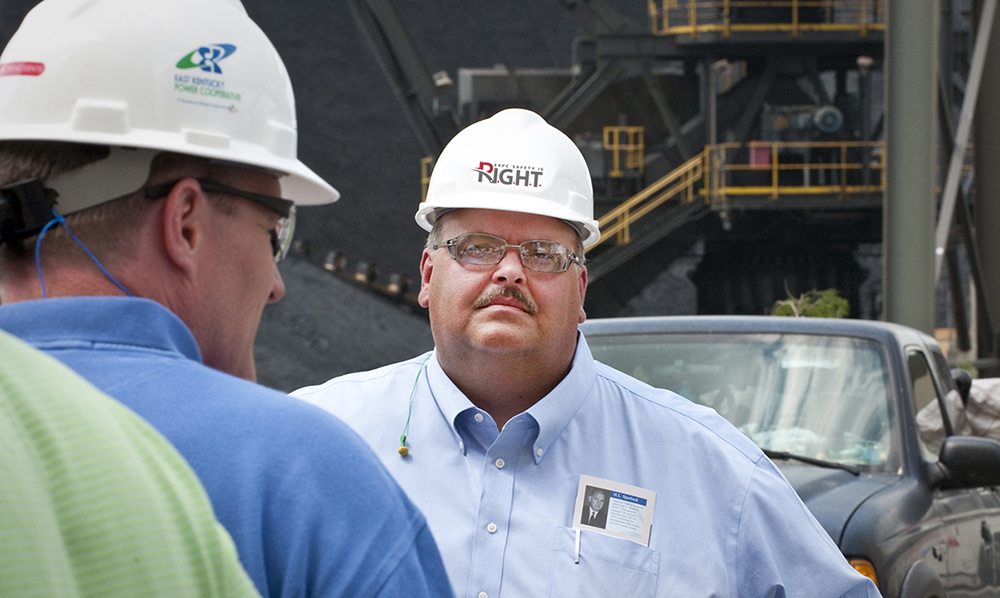 The National Safety Council is recognizing Winchester-based East Kentucky Power Cooperative President and CEO Anthony “Tony” Campbell as a “CEO Who ‘Gets It.’” Campbell joins an elite group of CEOs distinguished for demonstrating an ongoing commitment to safety.

“I am honored and very humbled to be recognized for safety leadership,” Campbell says. “As CEO, it is my responsibility and priority to ensure our family of employees goes home safely each day. However, I would be remiss if I didn’t give most of the credit to EKPC’s employees. It is their hard work, dedication and commitment to safety that has made our safety program a sustained success. In addition, all EKPC employees and I know this is a never-ending journey. We cannot let our guard down for a second.”

Campbell sets the example for all electric co-op employees statewide, including the 16 member-owned electric cooperatives for which EKPC generates and provides power—1.1 million homes, farms, businesses and industries across 87 Kentucky counties.

“These leaders understand that safety is the cornerstone of every world-class business,” says Nick Smith, interim president and CEO of the National Safety Council. “They have set a standard for their peers and colleagues, and we are proud to recognize their efforts.”

Citing future maintenance and environmental costs and a declining reliance on coal, the board of the Tennessee Valley Authority (TVA) voted in February to close two coal power plants. Paradise #3 plant in Muhlenberg County, Kentucky, is scheduled to stop operating in December 2020. TVA’s Bull Run plant in Tennessee is slated to close in 2023.

Tennessee Valley Authority CEO Bill Johnson, who is retiring in May, says neither plant was financially viable. In 2018, the Paradise #3 plant ran at only about 20 percent of its capacity.

Kentucky’s elected leaders urged TVA to keep Paradise #3 open, citing the importance of coal as an affordable and reliable fuel source, and coal’s role in Kentucky jobs and the state’s economy. There are 130 workers employed at the Paradise #3 plant. Senate Majority Leader Mitch McConnell, U.S. Sen. Rand Paul, U.S. Rep. James Comer and Gov. Matt Bevin each sent messages to the TVA board, in addition to President Donald Trump tweeting a similar message.

TVA’s Paradise Fossil Plant is on the Green River near the village of Paradise in western Kentucky. When units 1 and 2 went online in 1963, they were the largest operating units in the world. Paradise #3 became operational in 1970. In Spring 2017, Paradise units 1 and 2 were replaced with a natural gas plant that employs more than 30 people.

Johnson says about 40 percent of the affected workers are eligible to retire and that the TVA has traditionally been able to find jobs for displaced workers from shuttered coal plants.

A pilot project is now underway to streamline the ratemaking process of Kentucky’s electric cooperatives in order to save local consumer-members money.

Discussions between Kentucky Electric Cooperatives and the Kentucky Public Service Commission (PSC) led to the idea, which could simplify the process used by rural electric distribution cooperatives when applying for rate adjustments.

Because the PSC already approves generation and transmission costs, which make up the majority of the budget of local distribution co-ops, the commission reasons that the remaining issues in local rate cases are not as
complicated and don’t have the same impact.

“This effort is very much in keeping with Gov. Bevin’s initiative to reduce unneeded regulatory red tape,” PSC Chairman Michael Schmitt says. “It can benefit the cooperatives and their member ratepayers by reducing the cost of filing rate adjustments and also reduce the amount of time and effort the PSC must expend on these relatively straightforward rate cases.”

Co-ops need to meet criteria to qualify for the streamlined process, including a 4 percent cap on a rate increase request. If a cooperative qualifies, the PSC will process the case within 75 days. The current process can take as long as 10 months. Once the process is in place, the PSC will consider applications on a case-by-case basis.

Kentucky Electric Cooperatives is working with local member co-ops to learn about the process and to make the pilot project a success. The PSC will assess the policy’s effectiveness in 2020.