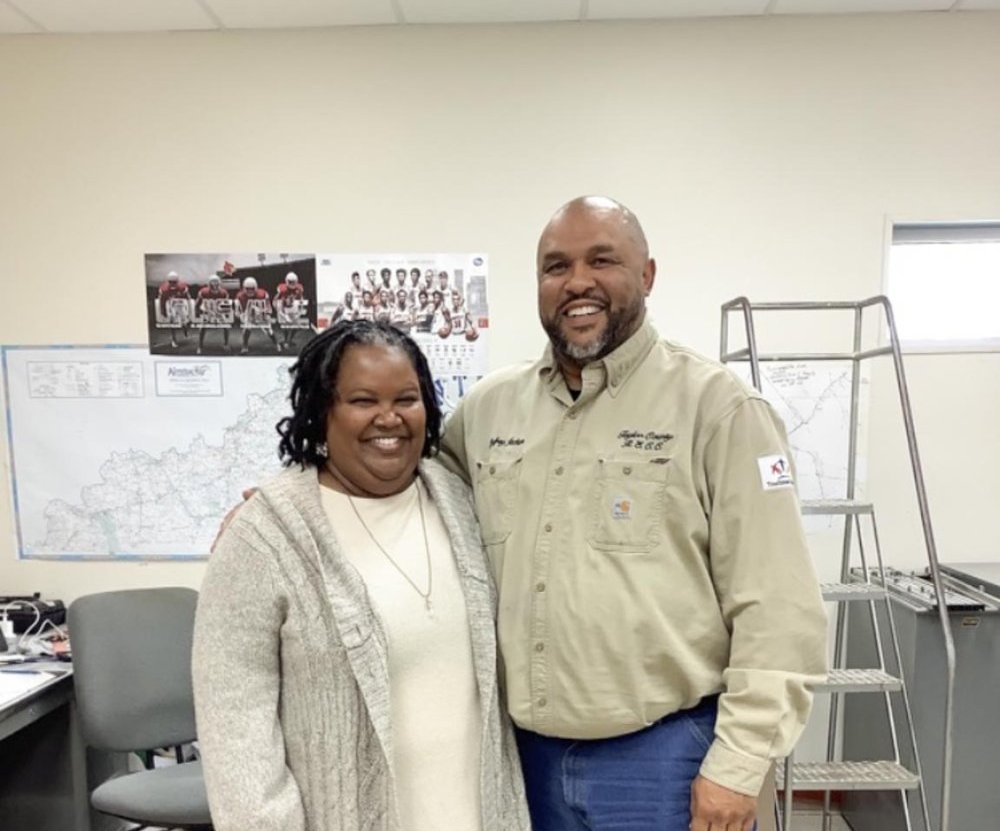 An example to others

That is Godfrey Jackson’s approach to each day, and it has led him into a life of service he loves.

In all these roles, Godfrey comes into contact with myriad people every day, and every day he has the same goal: to encourage and pray for someone.

“I love working with others,” he says. “Serving people has kept me at the co-op so long. Every day is a different adventure. When I’m doing my job for Taylor County RECC, I am helping people in the counties we love. We’re all family. It’s easy when you can be yourself, and that’s who you are. I am a people person.”

His role as a police chaplain for the Columbia Police Department often brings him into difficult, volatile situations.

“If there is an accident, I am under oath to do anything to comfort everyone, including victims, police officers and the public,” he explains. Often, police officers call to talk with Godfrey for a little encouragement and a shoulder to lean on.

Godfrey cherishes his role as pastor of Cane Valley Christian Church in Adair County. He has been pastor since September 2021 and an ordained Baptist deacon for 13 years.

“I love being pastor,” he says. “As pastor, you’re the leader. You must live your life so you are an example to others. You can’t be self-centered. You have to be God-centered.”

That’s true on the basketball court as well, where Godfrey has served as a Kentucky High School Athletic Association basketball official for 25 years.

“It is never about winning or losing—it is about building a foundation in these young people’s lives to help them be better,” he says.

Godfrey was one of those young people when he met his wife at Taylor County RECC. Janet Chanelle Jackson has worked for the electric co-op for 28 years and shares her husband’s love for service and people.

Their collective wisdom, he says, is “to be yourself, always treat people the way you want to be treated, stand firm in what you believe, and be the example God has called you to be.”

Oh, and, “Listen before you speak.”