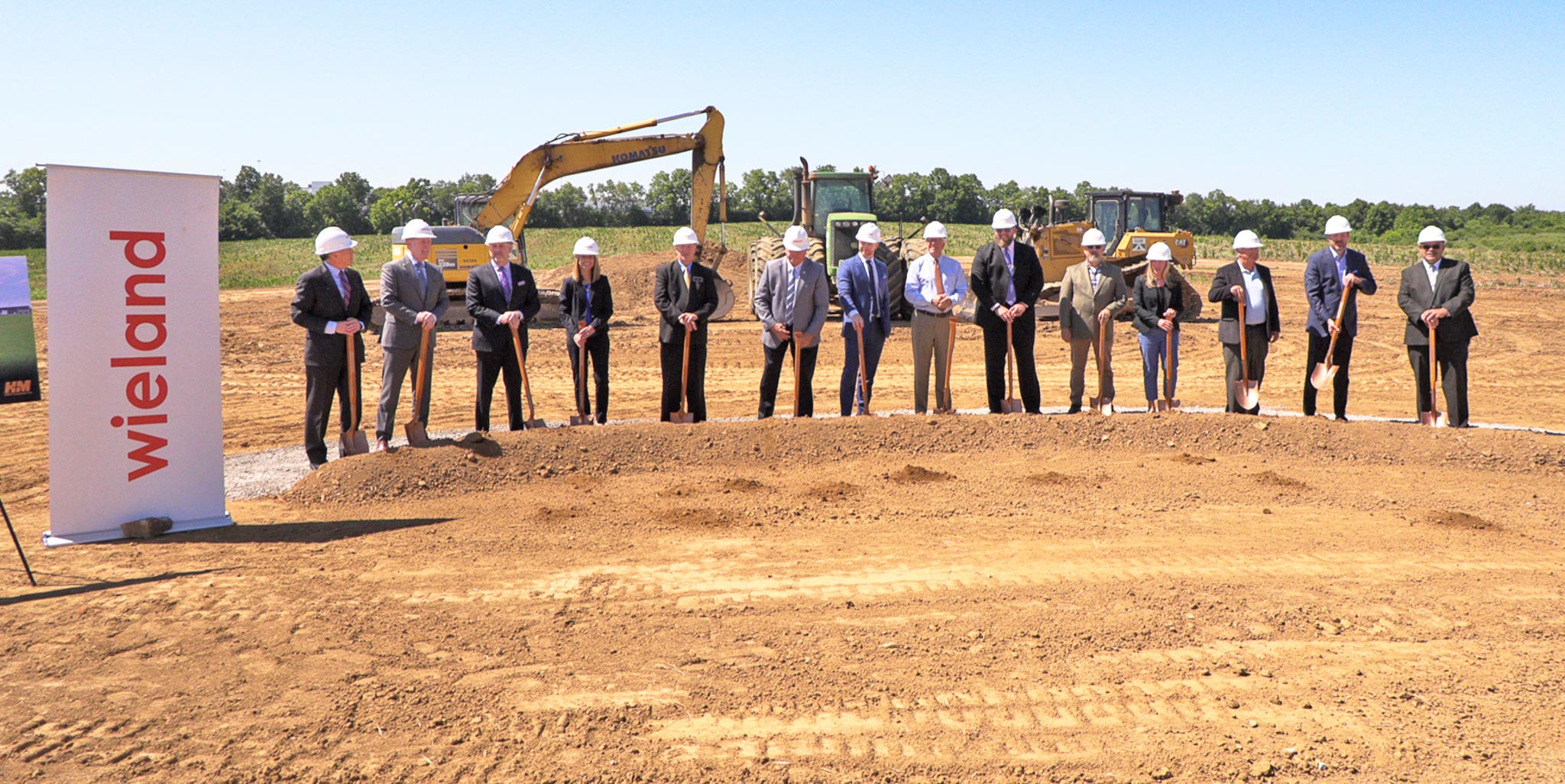 EQUIPPED WITH HARD HATS and ceremonial shovels, 14 key players in Wieland North America’s decision to build a $100 million copper recycling facility on a 79-acre site in Shelby County lined up in late June for the official groundbreaking.

“I’m sure everyone can appreciate there’s a lot of groups who get involved in projects like this,” says Matt Bedingfield, president of Wieland North America Recycling and senior vice president of Global Metal Supply. “And trying to navigate that as an outsider, so to speak, is difficult.”

Wielding one of those shovels was Brad Thomas, manager of economic development for Kentucky’s Touchstone Energy Cooperatives.

“Brad Thomas specifically has held our hand through this entire process,” Bedingfield says. “The co-op partnered with us and helped us figure out how we navigate this, how we move forward and who we need to talk to.”

Served by Shelby Energy Cooperative, the plant will melt and recycle copper and copper-alloy scrap for use in manufacturing semifinished products.

“With customers located throughout North America and the globe, Wieland was looking for a centrally located site with outstanding transportation access, and we knew this site would fit their needs,” Thomas says. “We are thrilled to play a role in helping Wieland find a home here in Kentucky.”

“This will be one of our largest electricity loads,” says Jack Bragg, Shelby Energy president and CEO. “For the community, the metals industry is thriving and bringing good jobs, housing and support for small commercial businesses.”

“This is going to create 75 high-quality jobs,” Bedingfield explains. “It’s not typical sorting of scrap. We’re looking for the people who are going to be programming the machines, optimizing the machines to help us come up with the next way to innovate.”

Wieland is a 200-year-old company with an eye on sustainability for the next 200 years. Bedingfield says he sees his task in Shelby County as “phase one” in that long-term view.

“So that’s the way we’re approaching this as a first step,” he says. “We plan to continue growing, continue acquiring. We’re going to be here for the long term, so in that vein we’re just excited to be here, grow and be a part of this thriving community.”