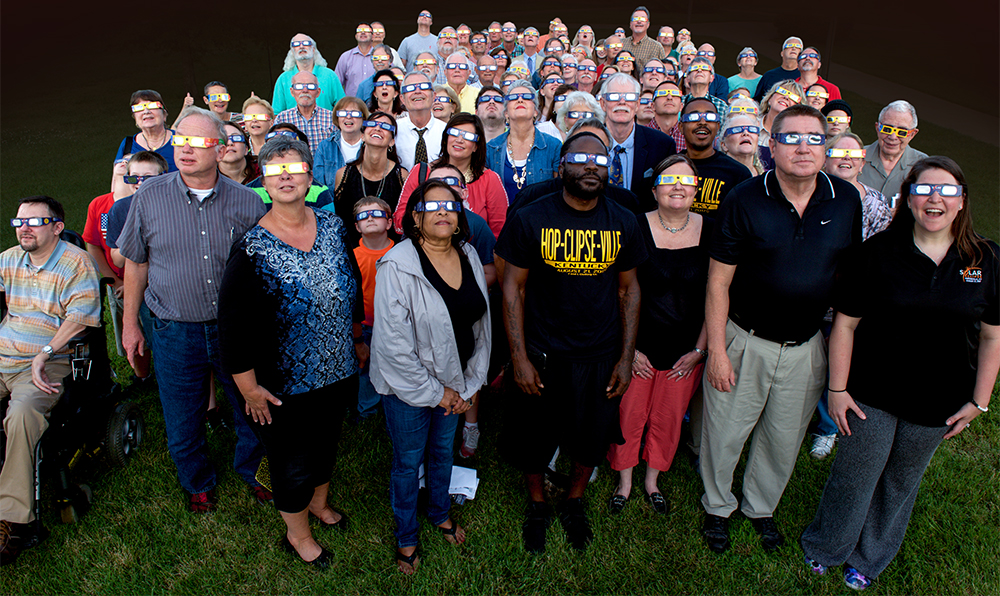 Here are some tips to help you enjoy today’s eclipse. Tips

When the Great American Eclipse blots out the sun along a narrow, swooping path from Oregon to South Carolina on August 21, astronomers pinpoint a farm 11 miles northwest of Hopkinsville, Kentucky, as the “point of greatest eclipse.”

Usually home to corn, beans, wheat in rotation, and hay, Orchardale Farm and its century-old barns will play host to NASA scientists, news media, and elected officials and dignitaries to watch the first total solar eclipse in the United States since 1979.

“We do not seek attention to our farm, but are pleased our farming neighborhood, our local community, city, and county will get to spotlight the many positives that generational residents have always known,” says Lisa Bell of Orchardale Farm.

While science can precisely predict the Hopkinsville area will enjoy both the longest total eclipse at 2 minutes 40.2 seconds, beginning at 1:24 p.m. Central Time, as well as the best alignment when the axis of the moon’s shadow will pass closest to earth, the rest of the eclipse equation in western Kentucky is relying upon creativity, hospitality, and years of planning.

“The world is coming to Hopkinsville, and we can’t wait to show them what true Southern hospitality is,” says Marci Hunt of the Hopkinsville Holiday Inn. Guests from Mexico and Denmark have reservations at her hotel.

According to Kentucky Emergency Management, 10 western Kentucky counties are bracing for an influx of 100,000 to 500,000 visitors starting about three days before the Monday afternoon event. Another 11 counties are preparing for a mass of traffic as visitors travel to and from the total eclipse zone.

Electric cooperatives are part of the planning. Pennyrile Electric serves the Hopkinsville area and is providing support for several community events. With the influx of eclipse gazers, West Kentucky RECC is preparing for the electrical demand “like an extra summer holiday.”

Tourism officials report reservations from 12 different countries and 34 states. Communities in the moon’s shadow are capitalizing on the once-in-a-lifetime moment with festivals, concerts, and special camping opportunities.

Branding itself as “Eclipseville,” Hopkinsville has become the clearinghouse for more than 20 eclipse-related events planned for the weekend leading up to the celestial phenomenon, including a three-day music festival, a comic con science fiction fan event, and a special eclipse scuba diving certification.

Viewing locations at two Hopkinsville parks are sold out. A large baseball park complex was added to the viewing options in mid-June.

A field at Christian Way Farm in northern Christian County that would normally grow corn or pumpkins was instead sown in grass so it could host primitive camping sites. The owners of the agri-tourism business hope their guests will experience the beauty of a Kentucky farm and join in the fun of feeding farm animals and some miniature golf.

“As a Christian, I see this as divinely ordained,” says Janie Corley of Christian Way Farm & Mini Golf. “For some reason, God sees fit for this to happen here. So, what should be our response? It should be to welcome the strangers who will be in our town. It is to show kindness. To be a welcoming community and realize that people have come from all over the world to experience something we have in our own back door.”

NASA Planetary Scientist Renee Weber has made her career studying the moon. She 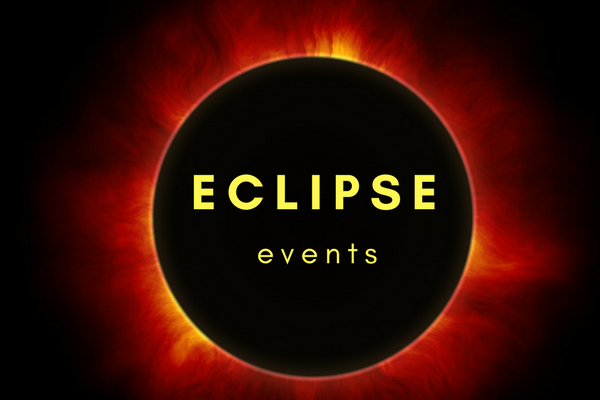 expects her first solar eclipse at the Orchardale Farm to be “breathtaking.”

“It gets dark during the day, which is very strange,” Weber explains. “You see the sun’s corona, which is the hot, outermost atmosphere of the sun. You see the solar flares and projections.” Birds will stop chirping and temperatures will drop.

“The thing that’s neat about eclipses that I think a lot of people aren’t aware of is that the total eclipse from beginning to end is several hours long,” Weber says. “When the disc of the moon first passes in front of the sun, you can watch it progress.” The waning partial eclipse after totality is the other half of the event.

“In order to best view the eclipse, first, make sure that you are within the path of totality,” advises Brooke Jung, Hopkinsville’s Solar Eclipse coordinator. “You don’t want to settle for a partial eclipse when totality is right down the road.

“Second, make sure that you are protecting your eyes,” Jung cautions. Special eclipse glasses available in communities along the path protect viewers from eye damage. The only time it is safe to look at the eclipse without certified eye protection is during totality.

Eclipse apps use smartphone GPS to provide alarms on key moments in the eclipse sequence.

“It’s potentially more damaging to look at the sun through a telescope, which does not have a filter on it,” Weber says, “because the effect of the telescope is to focus that light, and so it’s actually going to be more damaging.”

Though a different swath of the Midwest will experience a total solar eclipse just seven years from now, this is the final one for Hopkinsville within anyone’s lifetime.

Back at Christian Way Farm, Janie Corley plans to stop and sit during the eclipse, “thanking God for His amazing creativity. And observing the effect on all my guests. How cool to know that I will be in the midst of several hundred people like me who are watching it for the very first time. And maybe the only time we will ever see such an event. I pray for clear weather so none of us miss this. I just want this to be a time when everyone just takes in those incredible minutes.”